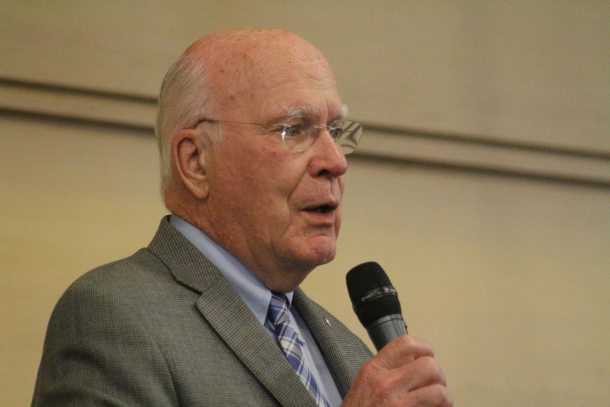 Investors in the EB-5 program whose immigration status is in limbo due to allegations of fraud may get some relief.

Proposed changes to a federal foreign investor program working their way through Congress do not go as far as Michael Goldberg, the man appointed by a federal court to protect the interests of investors in the Jay Peak projects, had initially been seeking.

That change may be all that can be accomplished before the end of the month, when the EB-5 foreign investor program expires. Republicans in the House of Representatives are under pressure by developers to extend the law as is. Sens. Patrick Leahy, D-Vt., and Chuck Grassley, R-Iowa, are pressing for financial reporting requirements that would better protect investors. The two senators say fraud is “rampant” in the program and measures must be taken to hold developers accountable.

The biggest alleged fraud case in the history of the EB-5 program was exposed in Leahy’s home state of Vermont last April.

State and federal lawsuits filed earlier accuse Miami businessman Ariel Quiros and Bill Stenger, one-time CEO and president of Jay Peak, of misusing $200 million in EB-5 funds as part of six development projects at the resort and one in nearby downtown Newport.

Leahy had close ties to Stenger and was a booster for the Jay Peak projects. When the SEC fraud charges came to light he said he would feel betrayed if the allegations proved to be true.

Foreign investors in the EB-5 program put $500,000 into a qualified project, plus a $50,000 administrative fee. In exchange, if the investment creates 10 jobs, the investor is eligible for permanent U.S. citizenship.

Hundreds of investors in the projects headed by Stenger and Quiros are in jeopardy of losing their money and possible U.S. citizenship, including those who put up funds for a proposed $110 million biomedical center in Newport. 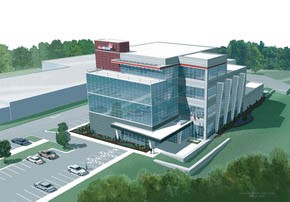 Federal regulators have called that project “nearly a complete fraud.”

The only sign of the biomedical center today is a fenced-in area near the old Bogner plant located just outside downtown Newport.

The immigration status of foreign investors in that project, known as AnC Bio Vermont, remains in limbo because the facility was not built and the jobs created through construction, stem cell research and biomedical device manufacturing never materialized.

Investors in the Stateside condo project at Jay Peak face the same job creation problem. In that case, however, the condos were partially constructed and with an injection of roughly $25 million could be finished.

Goldberg, appointed by a federal court judge as the receiver to oversee the properties, had been lobbying to hold harmless about 400 investors in Stateside and AnC Bio who were the victimized by the alleged fraud. In all, 700 immigrants from 74 countries invested in the Jay Peak and AnC Bio projects. Goldberg has said that because of the alleged fraud, U.S. Citizenship and Immigration Services could also re-evaluate the immigration status of the investors who have permanent residency. If something isn’t done to protect investors through a change in federal law, the defrauded Jay Peak investors could ultimately face deportation, according to officials. USCIS has been “non-responsive” to a proposal made by state officials and Goldberg to address the situation.

However, reforms proposed in EB-5 legislation introduced in the House Judiciary Committee earlier this week don’t go quite that far.

Instead, the bill provides greater flexibility for defrauded investors to reinvest in amended or new projects, and, provided the investments still produce the required 10 jobs, allows them to obtain U.S. citizenship.

In addition, the legislation would allow investors to use proceeds from any settlements stemming from fraud allegations to reinvest that money in a new or amended project, and, if that investment creates the required jobs, the investor would again be eligible for U.S. citizenship.

For example, foreign investors in the biomedical center project could use money recouped for them by the receiver to reinvest in another qualified EB-5 project anywhere in the country. Goldberg is working to recover assets from monetary settlements with banks and those accused of fraud. In a recently announced settlement with Citibank, for example, Goldberg is seeking $13.3 million.

Should the new investment produce 10 jobs, under the reforms proposed, the defrauded investor would become eligible for U.S. citizenship.

The bill introduced this week in the House represents “good progress” from legislation developed by Leahy with leaders of the House and Senate Judiciary committees last year, the Vermont Democrat said in a statement issued late Monday night.

“The bill also provides protections for good faith investors who are defrauded, allowing them to adjust their investment without jeopardizing their immigration benefits,” Leahy added.

In addition to providing some relief to aid investors in cases of fraud, the legislation introduced in the House calls for a creation of an EB-5 “integrity fund,” paid for by the program’s participants.

The funding would allow the U.S. Department of Homeland Security to step up project audits, site visits and fraud investigations. 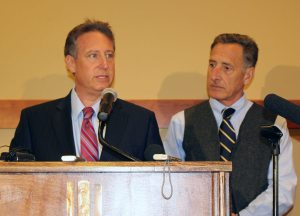 Goldberg said this week the proposed reforms, which he assisted in drafting, are important steps to help prevent fraud as well as aid those investors who end up the victims.

“Listen, there’s a recognition that circumstances such as this happen in the EB-5 world,” Goldberg said. “The law does not have any ability to deal with these so we need the amendment to start dealing with these issues.”

He added that he is hopeful Congress will advance the legislation, though the fate of the reform package included as an amendment may still be in doubt.

“At the very least I would hope that we come back after the election and revisit and do it,” Goldberg said, “but certainly the concept is out there.”

In the Vermont case, Stenger agreed earlier this month to a settlement with the U.S. Securities and Exchange Commission that calls for him to cooperate with investigators.

A civil penalty may be imposed based on Stenger’s level of cooperation and ability to pay. The agreement does not resolve the state case.

Meanwhile, Quiros, owner of Q Resorts, a holding company that includes Jay Peak, is contesting the state and federal lawsuits in court.

Several lawmakers in Congress have threatened to eliminate the EB-5 program altogether, but others, including Leahy, ranking Democrat on the Senate Judiciary Committee, and Grassley, the committee chairman, have been pushing for stronger fraud protections and increased transparency.

The two senators penned a letter late last week to the leaders of their respective parties urging the passage of legislation aimed at reforming the EB-5 program.

“Internal Department of Homeland Security reviews, the Government Accountability Office, media outlets, and our Committee have uncovered serious problems with the program,” the letter continues.

“Cases of fraud and securities violations, money laundering, exploitation of investors, abused program incentives, and failed projects have become all too common.”

Leahy and Grassley both said they would oppose a reauthorization of the EB-5 program if the needed reforms are not included.

It is possible that EB-5 reauthorization could end up attached to a continuing resolution package that provides funding to prevent a government shutdown by the conclusion of the current federal fiscal year, also at the end of this month.

If the EB-5 reauthorization is attached to that legislation, with no reforms included, Leahy is threatening to vote against the continuing resolution package as well.

Thanks for reporting an error with the story, "Leahy eyes provision that would give defrauded EB-5 investors a break"