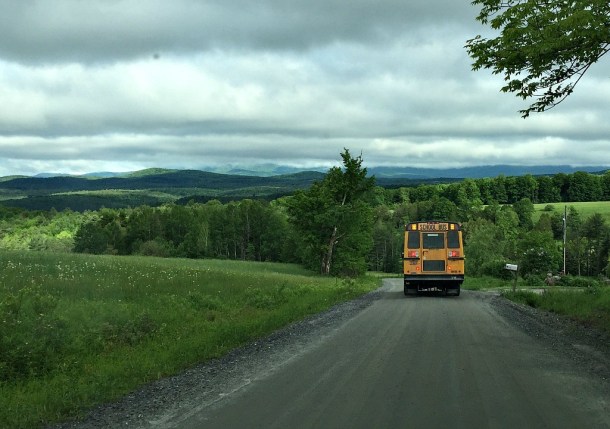 [T]he State Board of Education has issued a strongly worded missive to the U.S. education secretary saying his department’s proposed rules for implementing a new federal education law would hurt schools and students in rural areas like Vermont.

The Every Student Succeeds Act, or ESSA, was signed in December and largely replaces the No Child Left Behind Act.

“Regarding the draft regulations, we think they go well beyond the role of the federal government as specified in ESSA,” Vermont board members wrote to Education Secretary John B. King Jr., urging that the regulations be changed to conform with the law as passed.

Congressional leaders including House Education and Workforce Committee Chairman John Kline, R-Minn., and his counterpart Sen. Lamar Alexander, R-Tenn., also are claiming the new rules do not comply with the intent of the law.

“We cannot go back to the days when the federal government dictated national education policy. It didn’t work then, and won’t work now,” Kline said before a congressional hearing on the matter in late June.

One problem lawmakers have with the rulemaking is that the panel tasked with the process didn’t represent rural parts of America such as Vermont.

For one thing, the rules continue the practice of breaking down standardized test scores and other performance outcomes by demographic groups. This isn’t a big deal for a large city but causes problems in Vermont, where there is little racial and linguistic diversity, the State Board of Education said in its letter.

“In most cases we cannot validly and fairly attach high stakes consequences to these models,” the board told the federal government.

Putting the focus on test scores is wrong and will only exacerbate inequality because schools that poor students attend will narrow their offerings to meet accountability expectations, according to the letter.

The board doesn’t like the idea of ranking schools and identifying the 5 percent with the lowest scores. The feds want to identify the schools so they can provide support to them, but the state board doesn’t see it that way. Its members see that as more of the “shaming” that happened under No Child Left Behind.

The state board said that some of the best learning is happening in the state’s highest-poverty schools with English learners and large numbers of students with disabilities. Members believe ESSA’s rules will end up wrongly identifying schools taking on tough cases with little capacity to do so, according to a July 29 memo sent to school leadership. “Unfortunately, these scores measure the inequalities in our society more than the quality of our schools,” members wrote.

The new rules also keep alive the old regime of reporting test scores based on percent proficient, but the state board would like to move to a system that publishes scaled scores instead. Scaled scores better reveal growth over time and provide context for analysts, according to the Education Testing Service. 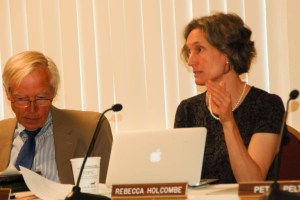 “The overemphasis on proficiency levels distorts true underlying patterns of performance, and will distort the measure of equity gaps,” state board Chairman Stephan Morse wrote.

The rules also propose that states roll together multiple indicators into a single “summative” score for each school. An example would be to combine job placement rates and community service with test scores into a single measure, but the tests count more than the other indicators. Kline has said this requirement does not exist in ESSA.

“With this single measure being so heavily test-based, the interaction of test scores with background factors systematically and invalidly penalizes the disadvantaged,” Morse wrote. “The result is that our neediest children are stigmatized through negative labels while (the federal government) denies them the essential resources.”

The state board would rather rely more on the education quality reviews, which it said will better capture a breadth of indicators that draw a truer picture of what is happening in each school.

Federal dollars provide up to 11 percent of the budgets in Vermont’s highest-poverty school districts. Last year, Vermont had 230 Title I schools, all according to the Agency of Education. Title I is the source of funding in ESSA, and it is targeted to poor children.

Vermont also is in the top tier of states that identify students in need of special education services, another source of federal funding through the Individuals with Disabilities Education Act. Both programs have been chronically underfunded since their inception. According to the state board’s memo to school leaders, the passage of ESSA reflected this history when congressional appropriators failed again to fully fund it, slashing $1.3 million from the budget — the lion’s share from special education.

“The federal government has never matched their requirements with the money,” the letter to King states. “It is time to quit blaming the victims of our neglect. We are disturbed that the federal government continues to under fund its commitment to our most vulnerable children, who are disproportionately served by public schools.”

State board members are of the opinion that the current rules apply the same logic to ESSA as that of NCLB and will result in more schools being punished yet not fix the achievement gap. They leave King with these words to consider:

“It is time to commit to attacking the underlying challenges of poverty, despair, addiction and inequity that undermine school performance, rather than blaming the schools that strive to overcome the very manifestations of our greater social troubles. In the rules and the implementation of ESSA, we urge the federal government to both step back from over-reach and narrowness; and step up to a new reframing, broadening and advancing of the promises of what we can achieve for the children and for the nation.”

Thanks for reporting an error with the story, "Education board blasts feds’ rules for new law on accountability"