[V]ermont’s health care reform team plans to submit a best and final offer to the federal government as part of its negotiations to set up an all-payer model in the state.

The Green Mountain Care Board and the Shumlin administration’s Office of Health Care Reform both said Wednesday that the best and final offer would be the next step in the negotiations with the U.S. Centers for Medicare and Medicaid Services, or CMS.

The state is seeking permission from CMS to set up a new payment structure called the all-payer model. The regulators would need to waive certain requirements in Medicare law in order to set up the model. 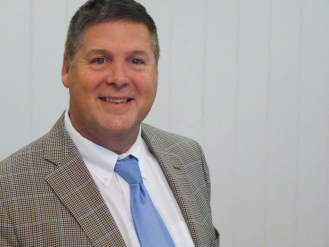 A best and final offer is generally a sign that two parties cannot budge much more from their positions in a contract negotiation. But members of the state’s health care reform team said they could not disclose the exact terms of this offer, or their top priorities in negotiating the last remaining details.

Gobeille said the offer will represent as much as the state is willing to give in the negotiations and make some concessions to the federal government’s demands.

“That means that if we’re going to get this done, we need to get an answer from (the Centers for Medicare and Medicaid Services) in the next three to four weeks on whether or not this is acceptable for them to put into their (federal clearance) process,” he said.

Gobeille called the offer “substantially similar” to the terms sheet announced in January. Those terms include protecting Medicare parts A and B benefits for Vermonters and attempting to slow the growth in health care spending to 3.5 percent per year.

Protecting what’s called Original Medicare would allow beneficiaries to continue to see any doctor they choose, wherever they choose. Vermont’s chosen method for slowing health care spending growth is to set up a giant organization that could absorb payments from Medicare, Medicaid and commercial insurers and then transfer them to doctors.

In March, Gobeille identified about $224,000 within his current budget that he said would not need to be spent on implementing the all-payer model. Even if the deal were approved that day, he said in March, there would not be enough time to implement it by June 30, the end of this fiscal year.

“Either way, I want to get an answer from the feds,” Gobeille said Wednesday. “Are they willing to accept our application? Because they may not be willing to. But at that point I’ll feel that we tried, that we gave it everything we had.”

Robin Lunge, the director of health care reform for Gov. Peter Shumlin, said a “best and final offer” is a standard part of contract negotiations. She said it “finalizes things that are agreed to” and “puts our last marker on the board” for places where the two parties don’t yet agree.

Thanks for reporting an error with the story, "Vermont to submit ‘best and final offer’ in all-payer deal with f..."