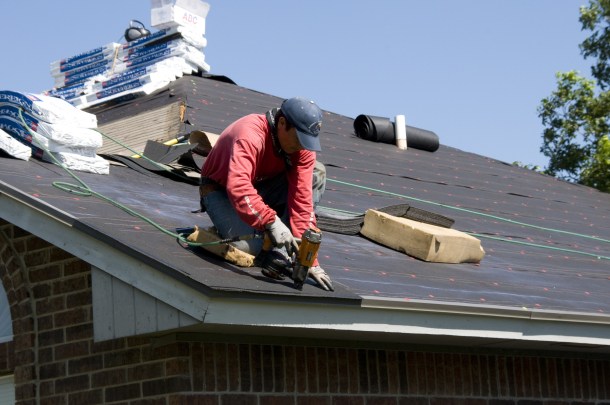 Construction is one of the industries where workers are said to be frequently misclassified. Wikimedia photo

[T]he Vermont House is due to vote this week on a bill that would drastically change the way the state defines who is an employee and who is an independent contractor.

The House decided Thursday to delay the vote on H.867 after intense resistance from pro-labor organizations and a request from the House Committee on General, Housing and Military Affairs — which oversees labor issues — to take a look at the bill.

The bill started out in the House Committee on Commerce and Economic Development, which generally handles business issues. Its members spent months writing the legislation and passed it out of committee 11-0.

At issue is the distinction between a self-employed independent contractor — responsible for things like payroll taxes and unemployment insurance — and an employee who enjoys a greater degree of protection under labor laws.

Supporters say the bill gives self-employed Vermonters clarity and helps them maintain independence. Opponents say it would open up Vermont to labor abuses in which large companies misclassify employees as independent contractors to avoid paying benefits.

“We have the responsibility to deal with a changing workplace both for employees and businesses,” said Rep. Bill Botzow, D-Bennington, the chair of House Commerce. “We have what I would call 20th- and 19th-century policies around the workforce, and we’re 16 years into a next century and a next way of working.”

The U.S. Department of Labor calls misclassification “one of the most serious problems facing affected workers, employers and the entire economy.” Construction companies and startup technology businesses in particular have been found to commonly bring on employees but illegally call them independent contractors.

While companies can face stiff penalties for misclassification, the labor laws protecting those workers are not always enforced. As a result, workers may end up paying extra Social Security and Medicare taxes and think they can’t apply for unemployment benefits if they lose their jobs.

Doug Hoffer, the state auditor, wrote in an Aug. 31 audit report that a misclassified worker making $44,000 a year could end up paying more than $3,000 in federal Social Security and Medicare taxes that the employer should have been paying. If the employer is not fined, the business would save another $3,000 on workers’ compensation and unemployment insurance.

Hoffer concluded that Vermont was not doing enough to enforce penalties against employers.

H.867 proposes 27 pages of complicated law changes. In the bill, employers would continue to face a $5,000 fine for each worker they misclassify.

The bill would change the law to say that only companies that are found to have “purposefully” misclassified their employees or “purposefully” made false statements would have to pay further penalties or face legal enforcement.

The bill says that anyone who owns all or part of a business, including as an unincorporated sole proprietor, that is registered with either the Vermont secretary of state or local government would not be considered an employee.

“The way I read the bill now, I can go get a business card, I can register on the secretary of state’s website, and I can have a business of stocking shelves,” said Tony St. Hilaire, from the Vermont chapter of the Teamsters union. “I can go work at Shaw’s or Wal-Mart, and guess what. I’m not an employee. I’m an independent contractor.”

The bill also directs the Agency of Administration to reconvene the Worker Misclassification Task Force created by the Labor Department, which Hoffer found hadn’t held any meetings in the previous two years. The task force would need to produce a comprehensive report to the Legislature by Feb. 15 that addresses unanswered questions from the bill.

Rep. Jean O’Sullivan, D-Burlington, a member of the House Commerce Committee, said her committee shares concerns about protecting workers from labor abuses. That’s one of the reasons the bill directs the task force to reconvene and study certain issues within less than a year, she said.

“Will this (bill) lead to a better form of employee classification, or will it create more misclassification?” asked O’Sullivan while testifying Friday before House General Affairs during its first hearing on H.867. The bill directs the task force to answer that question. “It is a very large issue, and it’s a grave concern to all.”

“If you assume that 95 percent of people in Vermont are good actors in business … that still leaves the percentage of people who may abuse any law,” Stevens said.
“And so (when we change the law), do we do this in a way that people who may not (understand) it right away are abused?”

H.867 requires any company using an independent contractor to post a state-provided written notice in a prominent place outlining labor rights and the new definitions.

Bill Driscoll, a lobbyist who represents manufacturers at the Associated Industries of Vermont, supports the bill. “We think it updates the definition of who is an independent contractor in a way that more accurately reflects reality and makes the lines more clear for clients and for contractors,” he said.

“It’s not really clear where that (exploitation) would be the case,” Driscoll said. “I think it just draws a sharper line between who is and is not an employee.”

The National Employment Law Project sent a letter to lawmakers Wednesday opposing the bill. The letter said H.867 “would almost completely undermine decades of a well-established and strong safety net for Vermont workers by making it easier for employers to misclassify their employees and evade unemployment and workers compensation insurance.”

Hearings on the bill will continue Tuesday in the House General Affairs Committee.

Thanks for reporting an error with the story, "House to vote soon on major labor law changes"