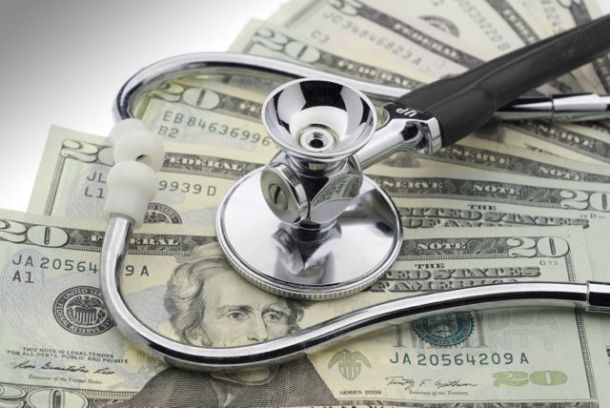 Editor’s note: VTDigger’s investigation, Medicaid by the Numbers, draws on data from the Department of Vermont Health Access, the Legislature’s Joint Fiscal Office, the U.S. Census Bureau and other relevant sources. In some cases, VTDigger found it difficult to obtain data, and has sought to make that clear to readers wherever appropriate. The series started March 6 and will continue over the next several weeks. Find all of the stories here.

The increase in Medicaid spending is putting pressure on Vermont’s budget, and the Legislature is grappling with ways to curb spending.

Medicaid insures low-income Vermonters and funds social services for people in vulnerable population groups. Medicaid is separate from the federal Medicare program, which provides medical coverage for people over the age of 65.

In fiscal year 2016, the state and federal governments will use about $1.7 billion to help pay for medical expenses for about 218,000 low-income adults, middle-income children, pregnant women, senior citizens, people diagnosed with severe mental illness, and people with disabilities.

Medicaid spending is made possible through an agreement with the federal government called a global commitment waiver. Under the agreement between the state Agency of Human Services and federal regulators at the Centers for Medicare and Medicaid Services, or CMS, state agencies have the authority to fund a broad array of health care and social service programs.

The federal government matches a portion of what Vermont spends on Medicaid. Between 2008 and 2015, that federal money was somewhere between 55 percent and 69 percent of the total cost of the program.

VTDigger analyzed dozens of sets of data and interviewed a half-dozen Medicaid experts before determining that there is no single explanation for what is driving up Vermont’s Medicaid costs. A few of the factors include: The increased cost of prescription drugs, changes in federal funding, Vermont's aging population and an increase in the number of adults age 18-64 who qualify for Medicaid and supplemental Medicaid support under health care reforms implemented by the state and the federal government.

Medicaid money is spent through six state agencies. The largest expenditures are through the Department of Vermont Health Access, which acts like a state-owned health insurance company, enrolling and managing benefits for anyone who is enrolled in a Medicaid-funded program, meaning the state has determined they are vulnerable enough to have low-cost health care.

Medicaid money is also spent outside of those six state agencies for the following: administration, such as state outreach programs and health information technology; managed care organization investments for general population health; payments to hospitals for uncompensated care, especially for uninsured patients; and miscellaneous money the federal government takes back from the state in “clawbacks” to recuperate money for certain prescription drug costs.

Thanks for reporting an error with the story, "Medicaid by the numbers: An overview of Vermont’s $1.7 billion prog..."