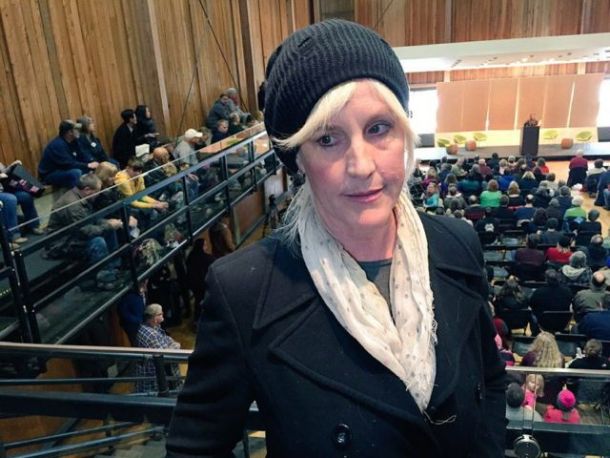 Famed environmental advocate Erin Brockovich announced Friday that she and a law firm will investigate water contamination in North Bennington, following the filing of a class-action suit against a chemical coatings manufacturer associated with similar contamination in nearby Hoosick Falls, New York.

“We are facing a water contamination crisis across our country,” Brockovich said in a statement. “North Bennington is the latest in a long line of communities who can no longer trust the most basic necessity of life. I hope this investigation will help residents understand more about the size and scale of the problem.”

Gov. Peter Shumlin announced last month that the same toxin had been found in five wells near the plant. The municipal water supply was also tested, which showed no contamination. Shumlin said the same company is suspected to have contaminated water sources in both North Bennington and Hoosick Falls.

The carcinogenic chemical was discovered in North Bennington within a mile and a half of a former Chemfab plant, now under the ownership of Saint-Gobain Performance Plastics.

“Drinking PFOA contaminated water can have a devastating impact on human health,” said Robin Greenwald of Weitz and Luxenberg. “We are undertaking this independent investigation to understand why this has occurred and the ways in which residents have been harmed. We will be talking to residents about their legal options and to the authorities about how the ongoing contamination can be stopped.”

The state plans to test 80 to 100 private wells in a 1.5 mile radius of the former Chem Fab plant. Officials from the Department of Environmental Conservation will go door to door to collect testing samples.

It takes two weeks for results to be released. In the meantime, the state is asking residents whose wells are tested not to drink the water, use it for preparing food, cooking or brushing teeth.

Bottled water will be available at the Village Variety Store at 9 Route 67 West in North Bennington and two water tanks from which residents can draw water are on the corner of Scary Lane and Route 67 and McCaters Park at the Henry Bridge.

The Health Department will provide blood tests for PFOA for people with contaminated wells.
Dr. Harry Chen, the commissioner of the Department of Health, recommends that residents talk with health care providers about “routine blood tests for health conditions that may be treatable now.” The state has provided guidance to health care providers in the Bennington and Rutland area.

The Department of Environmental Conservation took water samples in mid-February, which were sent to an out-of-state laboratory for testing. The state acted in response to a request from two state senators, Brian Campion and Dick Sears, from Bennington County. Campion was concerned about recent news reports, starting in December, about contamination of wells in Hoosick Falls.

Thanks for reporting an error with the story, "Erin Brockovich and NY law firm to investigate North Bennington water..."