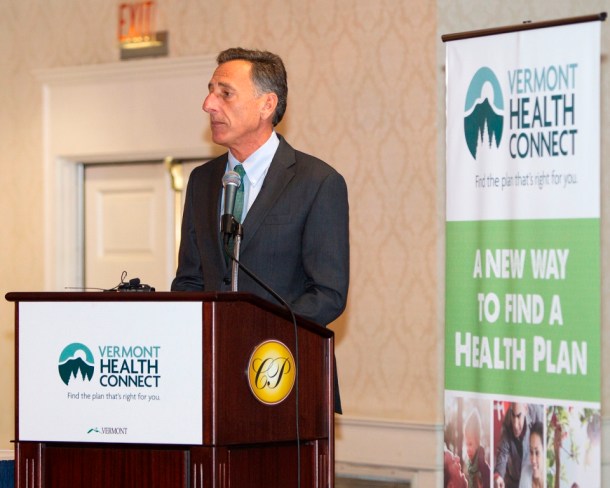 An independent expert on health care strategy advised the state to spend as little money as possible on Vermont Health Connect technology in the immediate future and instead use resources to evaluate alternatives to the exchange.

Frank Petrus, a senior managing partner at Connecticut-based Gartner Inc., told lawmakers the state should stop spending money to build new Vermont Health Connect technology, try to leverage investments it has already made, and commission a study that would take three to four months.

As of October, the Shumlin administration estimated it would spend $198.7 million in state and federal money setting up Vermont Health Connect and another $103.6 million on operations in 2015 and 2016.

“Minimize any further investment into Vermont Health Connect technology, as much as you can, to remediate it in a way so it can limp along a little while longer while you do an assessment of what is the best way forward,” Petrus said.

Petrus, who testified in front of the House Health Care Committee on Wednesday, said Vermont should not immediately move to a federally supported state health exchange because it would cost a lot of money for Vermont to separate technology from the state exchange and make the shift.

Gartner has consulted for several state health exchanges, including Vermont Health Connect, and has a great deal of experience in public sector human services.

Petrus used the example of Hawaii, which built a health insurance exchange similar to Vermont’s but ditched it because it generated insufficient revenue to sustain operations. Hawaii decided in June to transition to a federally facilitated health care exchange at a cost of about $2.5 million.

He continued: “If you were going to the federally facilitated marketplace, you would be investing money … to decouple things that you’ve already invested in, when another alternative might be, ‘What remediation can you do to move it forward successfully?’”

Petrus’ recommendations are similar to Blue Cross Blue Shield of Vermont’s request for an independent review. Don George, the chief executive of Blue Cross, said in January it would be irresponsible to move to the federal exchange without doing such a review.

But Petrus went a step further. He said the state should look at Vermont Health Connect as a system that needs to perform two main functions: determining customer eligibility for insurance, and managing its relationship with customers.

He said the state should focus on the eligibility screening aspect — which has been an ongoing challenge for the exchange — and try to make it function. If the state comes up with a solution to eligibility screening, he said, it could use the technology for additional projects such as integrated eligibility — the planned one-stop system that would help Vermonters determine if they could use more than 40 state benefit programs like food stamps.

Petrus said Hawaii is willing to partner with Vermont to develop a “proof of concept” for reconfiguring existing eligibility screening software from Oracle, a California-based tech company. He said the study would take 12 to 16 weeks.

Petrus said the state should use the study, which he called an “alternative analysis,” to decide whether to keep using software code from the now-defunct Exeter Group or transfer responsibility for that portion of the website to another company.

The code from Exeter Group, called OneGate, is for the front-end portal that allows Vermonters to enter their information into the website and find out what insurance and subsidies they’re eligible for. The state has been working with a handful of companies to manage the software.

“Until you’ve done a due diligence of, ‘How do I leverage investments I’ve already made?’ I think it would be a fool’s errand to go to the federally facilitated marketplace or do something outside this box,” Petrus said.

Rep. Doug Gage, R-Rutland City, who has advocated that the state move to the federal exchange, cited concerns from his constituents and told Petrus that his recommendation might not be enough.

“I’m having a real hard time not changing course in a more direct manner right now,” Gage said. “Is there anything we can do in the meantime to start changing course on this disaster that is in front of us as we sit here today?”

Petrus said the state should do what it can to relieve the pain — “even if it’s hiring more temp staff to make personal calls and handle (customers’ concerns) manually. I would advise you to do everything you can to respond to those immediate needs.” 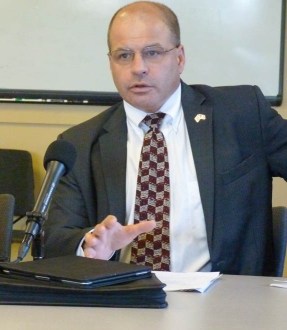 Lawrence Miller, the chief of health care reform for Gov. Peter Shumlin, did not oppose Petrus’ idea for another analysis. He called it a “gap analysis” that involves looking back and asking, “What needs to be done?”

He said he was not sure whether the Agency of Human Services should hire someone to conduct an analysis or whether the Department of Information and Innovation could conduct an internal analysis.

Miller said the state is not on the hook to pay for a lot of additional software development. He said the latest development contract is scheduled to expire in April, meaning the state does not need to spend any more money on software after that, and operations will go more smoothly.

“Between normal turnover in a call center and changes in the system, good training, consistent (training) has been very difficult,” Miller said, “and that is one of the impacts on customer service, and it is one of the reasons that Vermonters are frustrated.”

With regard to OneGate, the software built by Exeter Group before it went out of business, Miller said there are off-the-shelf products that can replace Onegate. “Ultimately it should be replaced,” he said. “It’s unsupported software.”

Thanks for reporting an error with the story, "Expert: State should stop work on Vermont Health Connect software"