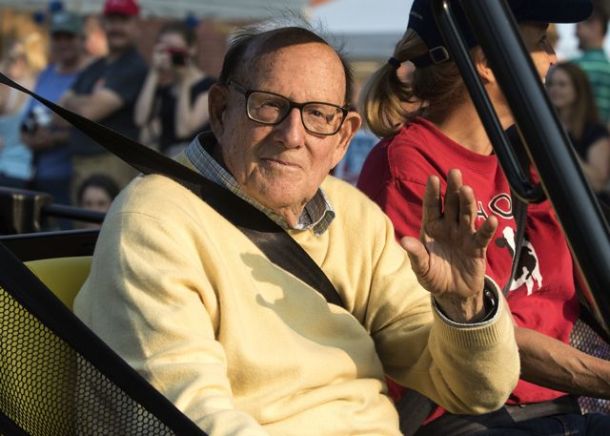 [A] last-ditch, behind-the-scenes effort to dilute a sick leave bill failed Thursday after Republicans unsuccessfully tried to use the governor's absence to derail a bill that had already been approved by the Senate.

The move was triggered when Republican Sen. Bill Doyle said he wanted to change his vote from the day before, which set off a political storm that ended when Democrats decided to put off his request to reconsider the bill until next Wednesday. The plan to have Doyle request a reconsideration had been hatched earlier in the day by a group of Republicans who huddled in Lt. Gov Phil Scott's office.

Doyle, R-Washington, maintained he had misunderstood and mistakenly voted the wrong way the day before on H.187, a bill that requires all businesses to offer a sick leave benefit to workers.

Doyle also asked to reconsider his vote against an amendment offered by Sen. Brian Campion, D-Bennington, that would have exempted businesses with five or fewer employees from the mandate.

Instead of voting on the matter again immediately, as is customary, Senate Democrats were able to use a procedural move to stop the Republican effort and wait until next week for a final vote on the bill.

Lawmakers decided to wait because of an unusual circumstance that occurred just before Doyle made his request: Gov. Peter Shumlin left for New Hampshire to campaign for Hillary Clinton, and the president of the Senate, Lt. Gov. Phil Scott, was pressed into service as acting governor.

That meant Senate President Pro Tempore John Campbell, D-Windsor, was obliged to preside over the Senate.

And there was a distinct likelihood that with Scott missing in action and Doyle changing his vote, the so-called Campion amendment, would have passed.

To avert that possibility, Campbell and Sen. Philip Baruth, D-Chittenden, made a case to the Senate Democratic caucus that it would be best to put off the vote until Wednesday when everyone (except suspended Sen. Norm McAllister) would be present.

It’s unclear whether senators will pile on new amendments in the meantime. Questions were raised about whether the vote on Wednesday is tantamount to a fourth reading of the bill.

Flipping a bill after it has been passed is no easy task. While Doyle’s reconsideration appeared to come out of the blue, behind the scenes, fellow Republicans orchestrated the political maneuver.

And bizarrely, the scheme came not from a member from the Senate, but from the House Chamber.

Rep. Patti Komline, R-Dorset, was infuriated on Wednesday when the Senate voted through H.187 without the small business exemption.

Komline says Doyle was the only Republican who voted against the exemption. She asked Pat McDonald, a former GOP contender for Doyle's Washington County seat, to put pressure on Doyle to reconsider.

Doyle voted against the exemption in the Senate Economic Development Committee as part of a unanimous 5-0 vote on the Campion amendment last week, and a number of observers in the Senate couldn’t understand why Doyle would suddenly decide to change his mind and vote against the committee.

A fixture in the Senate for decades, Doyle, 89, is in poor health, and he has had difficulty keeping up with his colleagues this session. He dozed through a debate on the electronic privacy bill and had to be awoken for the vote on the Senate floor. He has also slept through crucial committee votes.

Thanks for reporting an error with the story, "UPDATED: Doyle triggers Senate revote next week on paid sick leave"