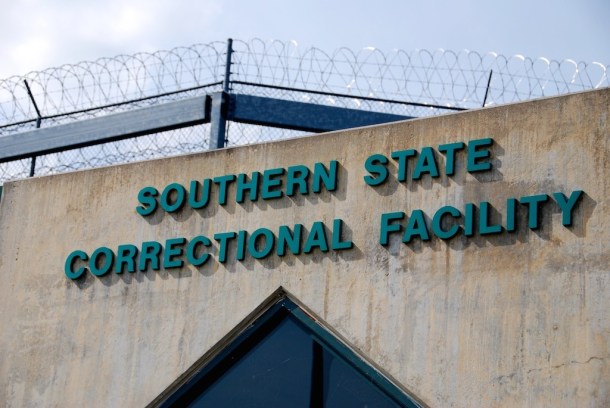 [W]hen Meg McCarthy’s husband went to Dartmouth Hitchcock Medical Center for chemotherapy, she wasn’t allowed to be with him.

When he was later hospitalized at Springfield Hospital for pneumonia, she could sit by his side, but not touch him.

“It broke my heart to think of my husband in shackles going to cancer treatment,” McCarthy said. “He was so weak, so tired. What was he going to do?”

Gagnon’s situation is not unique and is likely to become more common.

Vermont’s older prison population has nearly doubled in size over the past 11 years. As of July 1, 2014, 16.1 percent of Vermont inmates were age 50 or older, up from 8.8 percent a decade earlier.

According to Human Rights Watch, Vermont is part of a national trend. Between 2007 and 2010, the number of prisoners age 65 and up grew by 63 percent, while the total incarcerated population increased by just 0.7 percent. The Economist reported in 2013 that a third of American inmates will be over age 55 by 2030.

As inmates age and their medical needs become more complex, lawmakers and state officials are considering whether the state’s correctional system is well-suited to serve the prison population.

Gagnon, who pled guilty to second degree murder three years ago, was in an out-of-state prison in Kentucky when he had a persistent sore throat. He was treated by on-site medical staff, and eventually had an appointment with an oncologist, who confirmed he had cancer on his tonsils and tongue.

The Department of Corrections transferred him back to Vermont, lodging him in Southern State Correctional Facility in Springfield. He began treatment at Dartmouth Hitchcock the day before Thanksgiving last year.

McCarthy says the department told her that she could not be there for Gagnon's chemotherapy, and she wasn't allowed to touch him when he was hospitalized with pneumonia, she said.

McCarthy questions the need to keep older people in prison.

“People shouldn’t be incarcerated unless they're a risk to the community, and I would maintain that people that are 75, 85 years of age and in wheelchairs are not a threat to the community,” McCarthy said.

The state has already invested in infrastructure to support aging inmates. Medical staff at Southern State operate an on-site dialysis unit, and Mark Potanas, the superintendent at the Springfield facility, has plans to install a chair lift in one unit so that inmates with mobility issues can access cells on the second floor.

Meanwhile, hospital stays for treatment of serious medical conditions are not uncommon, Potanas said, though he declined to talk about specific cases. 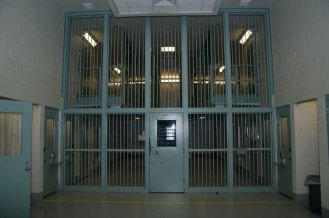 The DOC tries to place older inmates who need an intensive level of care in nursing homes on furlough, Potanas said. But that’s often easier said than done. Many facilities don’t want to take in an offender, he said.

Corrections has contacted 20 nursing homes across Vermont and New Hampshire to find accommodations, he said, and has had little success in placing inmates, even though offenders have been furloughed to other facilities over the years.

“It’s not like we’re never successful,” Potanas said. “It’s just that we’re not successful 100 percent of the time.”

At a meeting of the Joint Legislative Justice Committee this month, lawmakers from both chambers heard from four human services commissioners about how the prison system is falling short.

Monica Hutt, commissioner for the Department of Disabilities, Aging and Independent Living, says some prisoners are deemed particularly high-risk or dangerous and may need to be treated behind bars. Others with complex medical needs who are not considered high-risk, could potentially be served in a nursing home facility.

“These are facilities that have very vulnerable populations, and so to bring someone in that they still perceive as a risk is a challenge for them." -- Monica Hutt

Some nursing homes, however, could find it difficult to accommodate offenders, Hutt said.

“These are facilities that have very vulnerable populations, and so to bring someone in that they still perceive as a risk is a challenge for them,” Hutt said.

Hutt suggested that the state could create a new facility for offenders on furlough, using Medicaid as a source of funding.

She raised concerns about providing appropriate levels of care for prisoners who may have complex health issues — severely limited mobility, for instance, or dementia.

“I wish that we could find a way to get them into nursing homes, frankly, that’s where they belong,” Haas said after the meeting. “Or even consider compassionate release — send them home to their families.”

Meanwhile, lawmakers said there could be a financial incentive for the state to move older prisoners into nursing home facilities.

While inmates are incarcerated, the state pays full freight for housing and medical care. If prisoners are moved to nursing homes, the cost would be paid in part by the state and the federal government through the Medicaid program.

Laura Pelosi, a partner at the lobbying firm MMR, which represents Vermont’s nursing homes, said that the facilities recognize that there are inmates with long-term care needs.

Nursing homes are concerned about safety and whether inmate care would violate federal and state licensing regulations, Pelosi said.

“It creates potentially some increased challenges for them, depending on the particular inmate,” Pelosi said. “The issues really are around whether or not they can provide what that individual needs, and making sure they can balance that with safety,” Pelosi said.

In the year and a half Mark Boutwell has been director of case managers at Senior Solutions in Springfield, there haven’t been any requests to help transition an aging offender out of corrections into long-term care.

But there is a precedent — his predecessor received a half dozen requests and placed several inmates at the nursing home.

One of Vermont’s five agencies on aging, Senior Solutions is a nonprofit that provides social services and support to older Vermonters and caregivers in Windham and Windsor Counties.

The aging demographics behind bars do not surprise him, Boutwell said, noting that it is in line with the demographics of the rest of the state. 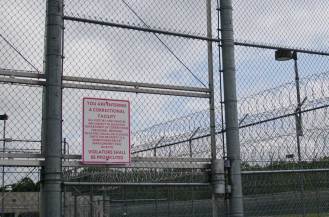 The entrance to the Southern State Correctional Facility. VTD/Josh Larkin

“Certainly in our business we’re aware that Vermont is the second oldest state in the union,” Boutwell said.

Though he hasn’t had any requests to work with offenders, Boutwell would have “no reluctance” working with people coming out of corrections, he said.

“We would certainly treat them like any referral we get for assistance with transferring to long-term care,” Boutwell said.

But Boutwell noted that case management services, especially for complex cases, are labor intensive. One offender the agency previously served was a sex offender, which further complicated the search.

“Finding a place for someone like that is terrifically challenging,” Boutwell said.

Already, his agency has a shortage of spaces. One client recently spent months in the Springfield Hospital while case managers worked to find a long-term care slot.

He would encourage lawmakers to consider shifting more resources to fund the hours of work it takes to manage complex cases — hours that are not covered by Medicaid.

“In situations like this we end up giving away services,” Boutwell said.

'In the back of my mind, there’s always this worry'

Some European countries have a different approach to incarcerating older offenders. In Italy, people who are convicted at age 70, or at age 60 if their sentence is shorter than four years, are likely to be put on house arrest, rather than in prison.

Geriatric incarceration is changing in the United States, as well.

In 2013, the federal Bureau of Prisons broadened the circumstances under which prisoners can apply for a reduction in their sentences to include those who are elderly, or who have a terminal or non-terminal medical condition.

Suzi Wizowaty, of Vermonters for Criminal Justice Reform, said she believes inmates who have severe mental or medical health issues should not be behind bars.

The organization is behind a piece of legislation, introduced last year but tabled in the House Corrections and Institutions Committee, that would, among other things, expand eligibility for parole to inmates aged 65 or older who are deemed low-risk. In the next legislative session, she plans to push for some elements of the bill to be reintroduced as individual pieces of legislation.

“What we should be doing is looking at risk,” Wizowaty said.

Wizowaty would also like to see Vermont adopt compassionate release, a program used in federal prisons under which prisoners may be granted release by a judge for medical reasons.

McCarthy supports the bill, and would like to see the state change the policy on older inmates. She says offenders should be released to their families for care as a first option, and nursing homes should be a last resort.

“My life would be so much easier not worrying about my husband aging in prison,” McCarthy said.

Gagnon has 13 more years to serve in his sentence. McCarthy said that although doctors say he is cancer free, he’s still early in recovery. He also has other health concerns, and she said that prison is, “hard on a body.”

For McCarthy, her husband’s health is a constant concern.

“In the back of my mind, there’s always this worry, will he ever walk out of that place?”

Thanks for reporting an error with the story, "Lawmakers consider options for aging prisoners, including nursing hom..."