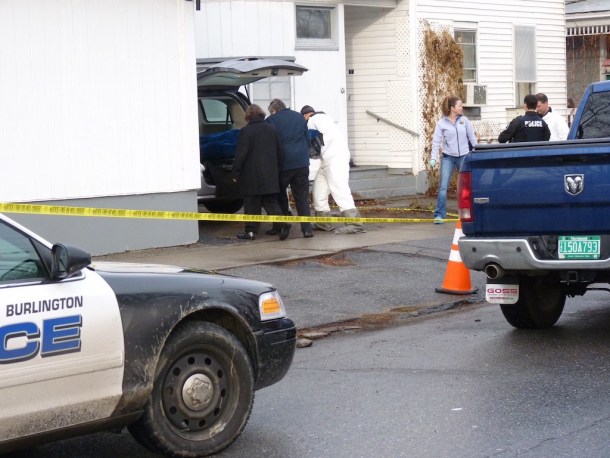 [B]URLINGTON -- Police shot and killed a man during a drug raid at an apartment just north of downtown Tuesday evening, according to Vermont State Police.

The shooting at 101 Elmwood Avenue happened during the execution of a no-knock search warrant conducted as part of an investigation into heroin and crack cocaine dealing, according to documents filed in U.S. District Court.

Kenneth Stephens, 56, was shot and killed after police entered his home using a battering ram. Stephens, the subject of the investigation, pointed a muzzleloader rifle at the officers as they entered the apartment, according to police. A Drug Enforcement Administration agent and a state police trooper fired at least 13 shots with their rifles.

Tuesday’s shooting was first reported just after 7 p.m. The Burlington Free Press reported that witnesses heard a loud sound they initially believed was a car accident.

One neighbor told the Free Press that a bullet entered their home, and almost hit one of the occupants. The police were in the neighbor's home for several hours as they processed the scene, according to the newspaper.

Trooper Cannon was hired by the Vermont State Police in July 2012 and is currently assigned as a Task Force Officer with the DEA Burlington office. Trooper Cannon remains on mandatory administrative leave with pay per department policy. Police have not released a photo of Cannon because of the nature of his assignment.

The trooper has been placed on paid administrative leave with pay and will be required to take a minimum three days of leave, Hall said.

The raid was led by DEA agents with assistance from state and local police. None of the officers were injured. The Vermont State Police is leading an investigation into the shooting.

A federal search warrant signed by U.S. Magistrate Judge John Conroy on Monday says that DEA agents working with a paid confidential informant made several controlled drug purchases from Stephens starting in November. Stephens had been living in 101 Elmwood Avenue, Apartment C, for several months. The apartment is roughly 1,000 feet from the federal court where Conroy likely signed the warrant.

In one instance, the informant entered the apartment wearing a wire and bought from Stephens several “rubber banded bundles of clear wax style bags containing tan powder” that field-tested as heroin. Some of the bags had a red star on them. The informant also bought crack from Stephens, according to the search warrant.

Investigators say they found a muzzleloader with a scope on it next to Stephens’ body. It was loaded but had not been shot, according to police.

Stephens has previous drug and burglary convictions. In 1996 he was convicted in federal court for the unlawful possession of a firearm, and was sentenced to more than 15 years in prison. Stephens was sentenced to another year in prison in 2010 for violating the conditions of his release, according to the warrant.

Detectives from the Major Crime Unit and Bureau of Criminal Investigations responded to investigate, and the Vermont State Police Crime Scene Search Team was processing the scene Wednesday morning. What appeared to be a covered body on stretcher was removed from the house and loaded into a van just before 10 a.m. Wednesday.

Once the state police investigation is complete, the State’s Attorney and the Attorney General will review the officer's conduct.

Mayor Miro Weinberger said in a statement that the raid underscores "the seriousness of the opiate challenge we face as a community."

“Mr. Stephens was a dangerous individual with a long record of engagement in serious violence and drug trafficking and we appreciate the critical work that the Drug Enforcement Administration (DEA) and its Task Force performs in its attempts to protect Burlingtonians from the devastating impacts of opiates," Weinberger said.

The mayor said he is concerned, however, that bullets from the police shooting strayed into another home. Weinberger has talked with U.S. Attorney Eric Miller about the matter and Burlington Police Chief Brandon Del Pozo met on Wednesday with DEA officials to request a "serious after action review" of the incident by the DEA's Office of Inspector General.

Last month Donovan cleared two Burlington Police officers in the shooting of a Colchester man, but Donovan has said he would revisit that investigation after it was revealed that officers had turned off their body cameras.

Community organizers said they plan to hold a vigil for Stephens on Wednesday night. Mark Hughes, with the group Justice for All, said in a statement that “addressing the problem of drugs in the Old North End with increased policing will only make the community less safe.” Hughes said he believes drugs should be treated as a public health issue not a law enforcement matter.

In 2012, Stephens was charged with giving a friend and former roommate a fatal dose of oxycontin, according to a Free Press report from the time. In court documents filed in that case, acquaintances described Stephens as a marijuana dealer who often had opiates and opiate laced pot. He was known to exchange drugs for sexual favors, according to the report. 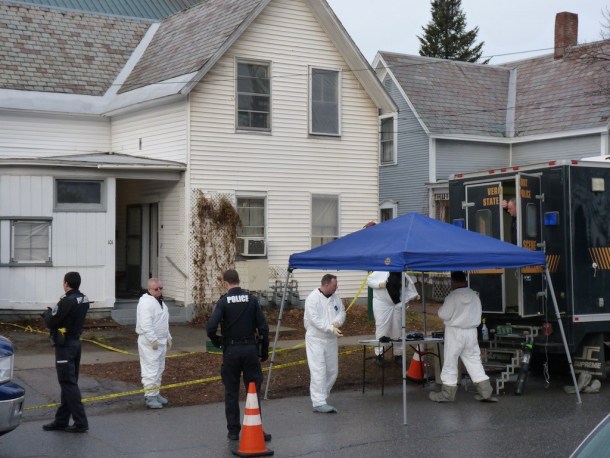 State Police process the scene at 101 Elmwood Avenue in Burlington where officers fatally shot a man during a drug raid. Photo by Morgan True / VTDigger

Thanks for reporting an error with the story, "Officers fatally shoot man during drug raid in Burlington"

What you need to know for Vermont’s 2022 primary election