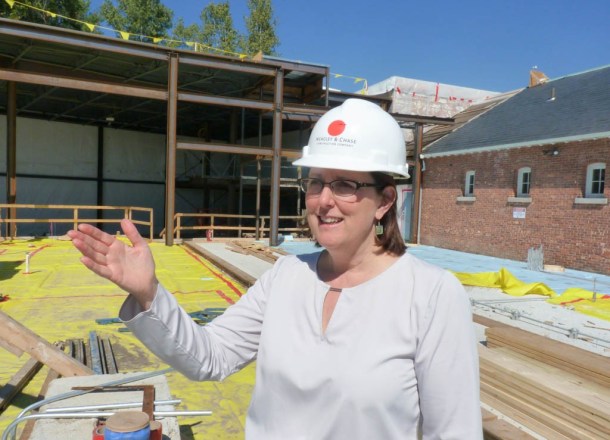 [C]OLCHESTER — Vermont Public Radio is investing $8 million in an expansion that will nearly double the size of its Fort Ethan Allen facility.

The National Public Radio affiliate is raising another $2 million for an innovation fund that would support investigative and long-form journalism, local reporting and contemporary music.

Robin Turnau, president and chief executive officer of VPR, says the building expansion and renovation is an investment that will enable staff to do their “creative best."

The radio station plans to offer more investigative and enterprise journalism at a time when print newspapers are shrinking, Turnau said. The radio station also plans to post more podcasts and video on its website.

Since 2014, the station has raised $7.4 million from individual donors and has 12 months to raise the remaining $2.6 million. The station has not publicly identified the donors, but Turnau said staff and board members have all contributed.

The capital campaign is in addition to the station’s quarterly fundraising efforts. The station has an annual operating budget of $8 million.

The current building was originally renovated in the 1990s to accommodate 27 workers, and now serves 58 staff. The newsroom of about 20 works in an attic once used for storage.

The 13,000-square-foot addition to the existing 14,000-square-foot facility will feature an open newsroom about three times the size of VPR's current editorial space. Large windows will face the surrounding woods, and around the perimeter will be conference rooms and “leave me alone” rooms for reporters who want privacy from the open-office environment. 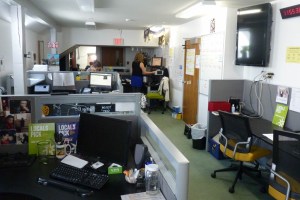 The newsroom at the Vermont Public Radio studios in Colchester. Photo by Erin Mansfield/VTDigger

Studio One, the centerpiece of the addition, will be large enough to accommodate a studio audience for a live governor's debate or performances of classical and modern music for VPR's classical station.

The new space will be "net-zero" in energy use. There will be 100 kilowatts of solar panels on the roof, and the building will be heated in part by a system that captures heat radiating from the broadcast equipment.

Construction is expected to be complete in September 2016.

John Dillon, VPR’s news director, said the station has plans to do more long-form, issue-based journalism, and accountability journalism. The timing has not been announced, but it will be about “holding government agencies to task, or to account for how they’re working for us,” he said.

“What listeners are expecting and hoping for is that we do more enterprise, more investigative stories and projects, and we’ve been trying to do that all along,” Dillon said.

“I think there’s a hunger out there for deeper, more investigative journalism, as VTDigger has shown, and our role is different,” he said. “We’re providing a daily news report that requires us to feed that beast and then spend time trying to do other stories that people will remember for years. It’s kind of a two-pronged mission, so to speak.”

VPR has applied for a grant from the Corporation for Public Broadcasting, the federal government's funding apparatus for public radio and TV, for a regional investigative reporting initiative. If VPR receives the money, it would partner with other National Public Radio affiliates to create a New England News Collaborative network.

Thanks for reporting an error with the story, "VPR to spend $10 million on facility and programming expansion"