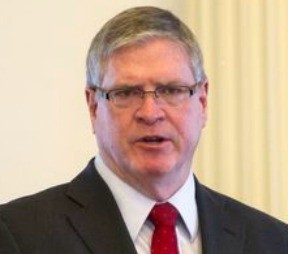 The Senate’s version sunsets the tax in 2018 with the expectation that it would be replaced with a more equitable tax policy in which polluters pay more to clean up the state’s waterways.

The bill, H.35, aims to slow pollution into the state’s waterways, including Lake Champlain. It creates new permits to reduce runoff from developed areas and sets a timeline for the creation of pollution control measures on farms, among other measures.

The debate on the Senate floor Monday was more about about funding than policy. Three Senate committees have passed some form of a per parcel fee in which landowners pay a surcharge on their property tax bill.

But when Gov. Peter Shumlin, who originally proposed a tax on commercial and industrial properties in the Lake Champlain watershed, described the per parcel fee as a “property tax fee” last week, the Senate got cold feet.

“The only thing that tripped people up was the financing. The governor has been calling it a property tax repeatedly, and that kind of poisoned the well,” Campbell said. “The most important thing for me was to get the bill through.”

Others say it’s not fair that future property buyers, including young people seeking to establish roots in the state, be asked to pay for water pollution problems that were caused by past development and farming practices.

“We have legacy costs and we’re making the future pay for it instead of all of us,” said Sen. David Zuckerman, P/D-Chittenden.

Sen. Dick Sears, D-Bennington, was also concerned about tax fairness. One variation of the fee would have charged a constituent who lives in a trailer and another who lives in a mansion the same amount.

“That doesn’t seem fair to me,” he said. “That’s not what I call a progressive tax.”

The per parcel fee would have set the stage for a more complicated tax policy in the future in which polluters pay more. Both the Senate and the House version included a study on how to collect a tiered tax based on the amount of pollution a property generates.

David Mears, commissioner of the Vermont Department of Environmental Conservation, said the state should be looking at ways to tax based on pollution.

“It should be fair and tied to the source of the pollution. The so-called ‘polluter pays’ concept is an important one,” Mears said.

Despite the arguments over fairness, even supporters of the per parcel fee agreed to the property transfer tax because they wanted to see the bill move forward.

“It’s a balance that’s workable, and we know we have more work to do in the years to come,” said Sen. Chris Bray, D-Addison, chairman of the Senate Natural Resources and Energy Committee, whose committee supported a per parcel fee. “I think it’s important to be able to move the bill forward.”

But some senators are worried there will be less appetite to raise money for water quality through another funding mechanism in the years ahead. A University of Vermont study last year found a majority of residents would pay at least $40 per year for improved water quality.

“If we can’t pass any ‘all-in’ measure today after four months of talking water quality as the top policy question, do you think we’re going to do it in three years?” Zuckerman said. “This is the time to do it when the whole state says we are ‘all in.’”

In 2008, the Conservation Law Foundation sued the Environmental Protection Agency for failing to implement the Clean Water Act when it approved the state’s water quality plan for Lake Champlain. Now the EPA is seeking a commitment from the state that it can fund its new plan or the EPA will issue what are expected to be more costly regulations on stormwater and wastewater. A decision is expected early summer.

The EPA modeled the state’s plan last year and found that it did not achieve the phosphorus reductions necessary to comply with state standards. The state is still working with the EPA and the agency has not indicated whether it will approve the state’s plan, according to Mears.

“There is no guarantee. They are in charge of running the models. They may ask us to do more,” he said. “But all the signals from EPA are very positive.”

Thanks for reporting an error with the story, "Senate OKs water quality bill that includes surcharge on property tra..."