Editor's note: This commentary is by Annette Smith, the executive director of Vermonters for a Clean Environment.

[V]ermont’s Legislature is poised to pass energy legislation that will change the face of Vermont for decades and assure that utilities will sell more power.

H.40, also known as RESET, is proposed to replace the SPEED legislation that has guided renewable energy development in Vermont since 2005.

SPEED was intended by legislators to spur renewable energy development, regardless of who can rightly claim the environmental benefits. Green Mountain Power states that under SPEED, the Legislature encouraged the sale of Renewable Energy Credits (RECs) out of state in order to keep Vermonters’ electric rates low.

Now comes RESET, loudly proclaimed to save the day as SPEED has become problematic. Or at least that was the case at the time the bill was introduced. However, since passage by the House, Connecticut’s Public Utilities Regulatory Authority has decided there is no problem with SPEED. So why do we need RESET?

As is common with legislation, there is nothing like the pressure of a crisis to get a bill enacted rapidly, and in so doing all kinds of unintended consequences can get into the mix. Such is the case with RESET, which guarantees that over the next 15 years Vermonters will see thousands more acres of Vermont’s forests, fields and ridgelines industrialized with wind turbines and solar arrays, mostly to meet the Renewable Portfolio Standards (RPS) of Massachusetts and Connecticut.

Vermonters will be able to claim Hydro-Quebec low value “environmental attributes” as our renewable energy.

Vermonters will never be able to look up at the wind turbines on the mountains in Lowell, Sheffield or Georgia Mountain and point to them and say “that is renewable energy for Vermonters.”

Yes, that is the plan under RESET.

In a past legislative session, discussions about adopting an RPS in Vermont included requirements to phase out and retire RECs for in-state already-built renewables. In this legislative session, both Conservation Law Foundation and Renewable Energy Vermont testified in favor of including language to phase out RECs, but the House chose not to do so.

Having spent much time on the water bill, the Senate Natural Resources and Energy Committee has taken very little testimony on RESET, much of it rushed through. For example on one recent morning, nine witnesses were scheduled to testify in less than two hours, and 30 minutes of that time was devoted to the chair of the Public Service Board (PSB).

Tier 1 replaces SPEED and allows all the RECs associated with the roughly 250+ MW of solar and wind energy already built in Vermont to continue to sell those RECs out of state.

Vermonters will never be able to look up at the wind turbines on the mountains in Lowell, Sheffield or Georgia Mountain and point to them and say “that is renewable energy for Vermonters.”

Tier 2 requires the construction of distributed generation to be built in-state, retiring those RECs. Over 2,000 acres of solar must be built in Vermont by 2032. Tier 2’s new distributed in-state generation requirement is on top of all the ongoing development of renewable energy infrastructure that will continue to be built on Vermont’s fields and forests to meet the renewable energy goals of our neighboring states.

Tier 3 is referred to as the energy innovation program. It is very complicated and depends on numerous inputs. Change the inputs – such as how many heat pumps are installed or how many homes are weatherized – and projected savings turn into major costs. Tier 3 implements programs that some utilities are already doing, which raises questions about why the legislation is necessary. It turns the utilities into financing institutions, where Vermonters pay for heat pumps and electric vehicles using on-bill payments. 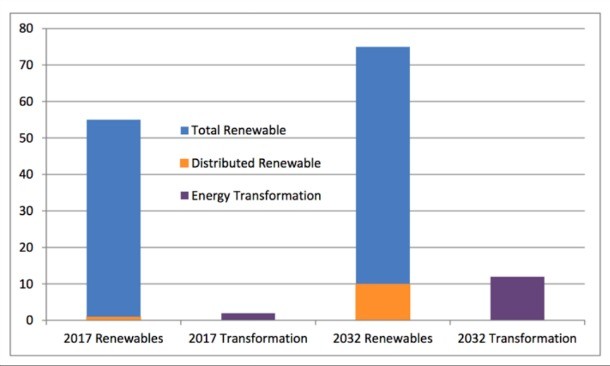 The Legislature does not seem to have taken testimony on the increased debt capacity of Vermont’s utility customers or other possible unintended consequences such as cost shifting that RESET enables. The bill contains numerous mechanisms for utilities to be held harmless, while creating opportunities for utilities to get pre-approval of costs from the PSB to be recovered from ratepayers for untested programs that may fail.

What is missing from RESET is any recognition that this plan creates enormous burdens on our communities and environment, none of which this Legislature has chosen to address. The problems go beyond the lack of siting standards or the lack of changes to the process to make renewable energy development more democratic and inclusive.

The fundamental question, and one that should be asked and answered now, before passage of this monumentally bad legislation, is whether this is the way Vermonters want to develop renewable energy?

If Vermonters are going to be getting our renewable energy from Hydro-Quebec’s “environmental attributes” rather than in-state solar and wind, why not buy the power directly from H-Q? What happens to the REC market if Connecticut and/or Massachusetts declare H-Q power to be renewable? Would that depress the REC market and require Vermonters’ rates to rise? Many unexplored and unanswered questions arise from RESET.

If Vermonters want to see renewable solar and wind built in Vermont to meet Vermonters’ needs, now is the time to speak up.

Vermont’s Legislature, regulators and politicians who wield the power are captured by the renewable energy industry. The Legislature is once again poised to do the industry’s bidding without considering the implications of industrializing our state for the benefit of other states and an industry that is literally having a field day with Vermont’s generous energy policies. RESET further erodes local control and makes it that much harder for Vermonters to have a say in what happens in our communities.

Thanks for reporting an error with the story, "Annette Smith: The future source of renewable energy"