New data released last week by the federal government provides some insight into where Vermonters spend their money, but take the numbers with a grain of salt, two economists said. 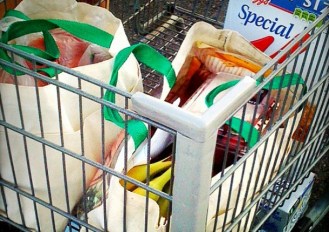 The Bureau of Economic Analysis released data about “personal consumption expenditures,” a measure of how people spend their money on goods and services in the U.S. economy.

Personal consumption expenditures account for about two-thirds of domestic final spending, making them the primary engine that drives future economic growth, according to the Bureau of Economic Analysis.

However, there are several reasons economists do not turn often to these figures, warned Tom Kavet, the Legislature’s consulting economist.

The data released this week for the first time is state-specific, but the most recent year released is 2012, making them not very useful for economists who want to know what’s happening today.

It is also a conceptual estimate, and the state can get more accurate numbers from local sources, Kavet said.

The Vermont data also does a poor job separating out spending by out-of-staters passing through the state. While the data adjusts other states’ numbers for tourists, Vermont, New Hampshire and Maine’s are not, Kavet said.

The numbers can be useful to compare states or examine per-capita spending in categories such as health care that do not include much spending by visitors, but are less useful when looking at areas like recreation.

UVM economist Art Woolf said the numbers are still useful to estimate how Vermonters spend their income among different categories, such as food, gasoline and housing.

Like any piece of data, the numbers are just one “little piece of the jigsaw puzzle that you call the state economy,” he said. It is important to find other data that back up numbers from any one report, both economists said.

The fact that Vermont spends more than the national average on living expenses like groceries is in part due to the fact there is little competition in the state and a lack of big stores like Wal-Mart, which offer cheaper prices and also drive competitors to lower their prices.

Vermont was among the highest in the nation in 2012 in per-capita expenditures for food and beverages purchased for off-premises consumption (groceries), ranking just behind Alaska at $3,622.

Thanks for reporting an error with the story, "Federal data: Vermonters spend more than national average on food, ga..."