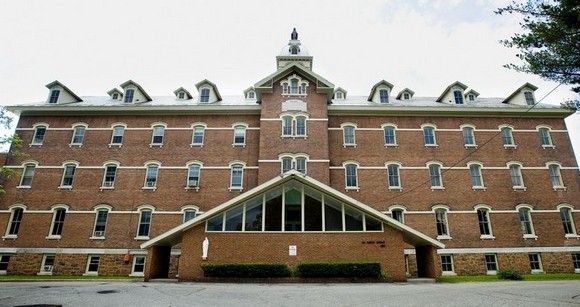 Burlington College is behind on its payments to the Roman Catholic Diocese of Burlington and has financial problems that raise “substantial doubt” about the college’s viability, according to a recent audit.

The school is struggling to pay off $10 million in loans it owes from buying a 32-acre campus on Lake Champlain from the diocese in 2011. Burlington College is on probation from the regional accreditation agency because of the financial trouble.

The diocese says the college defaulted on its loan payment and is charging the school penalty interest. Burlington College disagrees, but acknowledged in the audit that it is suffering financially.

President Christine Plunkett called FY 2013 one of the most “challenging years in memory” at the college with regard to money. She has assembled a “financial task force” of advisers to help.

The diocese, which sold the property to pay legal bills stemming from a clergy sex abuse scandal, loaned the school $3.65 million. The Vermont Educational and Health Buildings Financing Agency loaned the college $6.5 million.

The school has suffered repeated losses from operations, has not met certain debt service covenants and has an unrestricted designated net assets deficit of $1.7 million, the audit says. Burlington College also extended its line of credit with People’s United Bank from $650,000 to $1 million, presumably to help meet operating costs.

The audit of the college revealed facts it said “raise substantial doubt about its ability to continue as a going concern.”

The college has not met its required debt service and has used endowment money to cover operating expenses, the audit said.

Payments to the diocese hinge on whether the college has at least $1.45 million in the bank prior to each payment, which it does not. “The college cannot make any principal and interest payments due to the conditions not being met,” the audit says. The diocese has imposed a $140,000 interest penalty because of the alleged default. 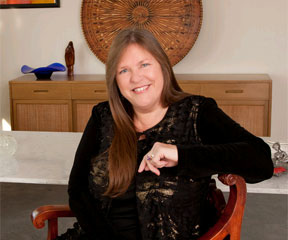 Staff have churned through the school recently. Former president Jane Sanders, wife of U.S. Sen. Bernie Sanders, I-Vt., resigned in 2011, and there has been significant turnover in the business and admissions offices.

Sanders on Tuesday said she was surprised to learn of the school’s financial struggle. She said the school “got a very good deal on that property” and she left them with a multi-step plan on how to pay for the buildings that required adding only 12 students per year.

“They didn’t carry it out,” she said.

The audit said the lack of oversight of financial duties due to staff turnover led to long delays in financial duties, including collecting student tuition and preparing management reports.

The audit also reveals that the school pays lifetime benefits to past presidents including one who receives a salary for life that is tied to the Consumer Price Index. That salary was $958 per month in 2013. Sanders received a severance package of more than $200,000 when she left, the equivalent of one year’s unused sabbatical plus benefits, retirement contribution and one-time bonuses, the report shows.

Increased enrollment is a main focus of the school’s new plan, the audit shows. Attention shifted from the buildings to attracting more students, it says. The school’s endowment is about $168,000, leaving it to rely primarily on tuition to operate.

The school hopes to reach an enrollment level of between 500 and 750 students; its current enrollment is now 290.

Louis Mannie Lionni, a former member of the board of trustees, said he left the board around 2008 when he saw the school “wasn’t going anywhere.” When the college bought the campus there was no capital campaign, no fundraising by board members, he said.

“It’s always been tuition-funded, there is no endowment to speak of,” he said.

The school has been too timid to reach out to alumni, the community and beyond for money, he said, despite the fact that many of its programs, including one in Cuba, are excellent.

“I don’t think they have a clue as to how to go get the money,” he said.

The school added five trustees in the past year, the audit said. Lionni said at least that many also had left.

Plunkett on Wednesday declined comment on the audit or the school’s financial condition. Board of Trustees President Yves Bradley also did not return a call.

Board member Patrick Mahoney said he “would love to see things move forward” at the school where his daughter attended. He said this is his last term on the board.

Coralee Holm, director of community relations, pointed to a July 7 blog post she wrote about the two-year probation, which does not detail the reason for the probation except to say it was financial.

VTDigger obtained the report from Brady Toensing, a Washington, D.C., attorney and vice chair of the Vermont GOP. Toensing, who lives in Charlotte, placed a public records request for the documents. He said he was not paid to research the school’s finances. Bernie Sanders has said he is considering a run for president.

The school now has an “experienced team of staff” working to collect past-due student accounts, create more formal financial policies and make reporting more timely. The school’s IT director was also promoted to chief information officer, as part of the revamping, the audit documents say.

The task force includes people who are “among Vermont’s most prominent and experienced financial advisors,” the report says, without giving names.

“The college is confident that it has a well thought-out strategic plan and the appropriate faculty, staff and advisors now in place to carry out the plan,” the college says in the report.

Projections show a loss for fiscal year 2014 but less than either of the past two years, the report says. The school promised to use “conservative” enrollment estimates in planning its fiscal year 2015 budget.

Thanks for reporting an error with the story, "Burlington College defaults on loan to Catholic diocese"