A U.S. Supreme Court decision Monday called into question a key aspect of collective bargaining for the public sector in Vermont.

Voting 5-4, a majority of justices decided to narrowly limit the ability of unions to charge administrative fees to nonmembers. Public sector unions can charge the fees, the justices ruled, but only to “full-fledged state employees.”

The ruling is seminal as unions around the country have attempted to organize home health care workers, child care providers and other groups who receive state payments on behalf of subsidized clients, but who are not considered state employees.

The case didn’t involve Vermont directly. It dealt with unionized home health care workers in Illinois. But, a clause in at least one similar contract in Vermont is based on the same notion that the high court ruled unconstitutional. 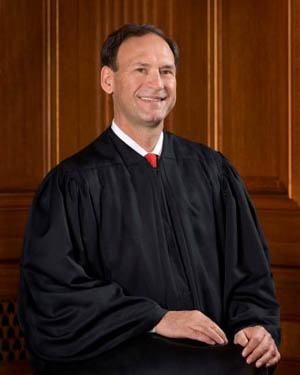 Writing for the majority in Harris v. Quinn, Justice Samuel Alito said that “except perhaps in the rarest of circumstances, no person in this country may be compelled to subsidize speech by a third party that he or she does not wish to support.”

Sen. Bernie Sanders, I-Vt., issued a statement hours later condemning the decision as “another attack on the rights of workers to collectively bargain for higher wages and decent benefits.”

Some Vermont union organizers say they are disappointed, but not daunted, by the ruling.

“This is a bad decision,” Vermont-NEA spokesperson Darren Allen said. “But it didn’t go as far as what a lot of us feared it might.”

The court could have overturned a precedent-setting case from 1977 that upholds the constitutionality of agency fees for public sector employees, he said. It was a silver lining Sanders also traced in his statement, yet one Alito signaled could come under greater scrutiny in the future.

What it means for Vermont

Vermont’s home health care workers, who recently entered their first contract period, and child care providers, who are in early stages or organizing, both intend to forge ahead.

“The rights of these folks to decide to form a union is not in question. So they’re moving on with that,” said Ben Johnson, president of United Professions AFT Vermont.

AFT is hoping to unionize child care providers in the state, who just won the right to organize in the 2014 legislative session with the passage of Act 187 (S.316).

Act 187 sets administrative fees — also called “agency” or “fair share” fees — as a mandatory subject of collective bargaining between the state and any child care providers’ union that may form. The law doesn’t require administrative fees, in other words; it says the parties should negotiate whether there should be a fee and if so, what it should be.

Lobbyist John Hollar represented the YMCA of Greater Burlington in its opposition to S.316, on the grounds that collective bargaining would unfairly disrupt the industry.

Hollar said the court’s decision is clear. “They will not extend the reasoning for agency fees that applies to state employees to anyone other than full-fledged state employees,” Hollar said.

“The home health care workers and child care providers attempted to stretch that — to say, for the purposes of collective bargaining, (they) should be considered state employees and therefore (the union) can impose agency fees,” Hollar said. “The Supreme Court very clearly rejected that.”

Johnson wasn’t willing to give up altogether on the option of charging agency fees, however. He said the union’s legal team will examine Harris v. Quinn for any specific implications on their own negotiations on behalf of the child care providers.

Audra Rondeau, a home health care worker from Enosburgh and a member of the collective bargaining unit for Vermont Homecare United, represented by AFSCME, said she didn’t think Monday’s Supreme Court decision posed a problem for the fledgling group.

“I think once people see the improvements, they’re going to sign on,” Rondeau said, even though constituents technically could benefit from collective bargaining without paying for it.

Rondeau said the unit already has set up classes for skills training and professional development throughout the year, in addition to the hourly wage raises they’ve negotiated.

“The fair share (ruling) is disappointing,” Rondeau said. “People set their priorities and if this is something people believe, they are going to sign on. I’m really not concerned.”

Johnson is more apprehensive. He suggested the opposition to “fair share” fees is a strategic attack to undermine unions, after anti-labor groups found a “full frontal attack” hasn’t worked in recent years.

“Now, instead of the union being able to put its energy toward winning gains … you have to take some fraction of your capacity, and put that toward signing up people who now have the option to be free riders,” Johnson said about the impact of the ruling. “It drains their capacity to fight back.”

Vermont Homecare United represents between 7,000 and 7,500 home health care workers, Rondeau estimated. So far, the unit has signed about 800 members in a few weeks of organizing, she said.

Thanks for reporting an error with the story, "Supreme Court union ruling ripples in Vermont"