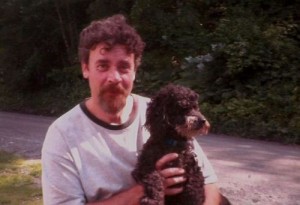 Editor’s note: This story is by Mark Davis, staff writer for the Valley News.

Montpelier — A State Police trooper did not break the law when he fired a stun gun that caused the death an unarmed Thetford man, state Attorney General William Sorrell said yesterday.

Trooper David Shaffer feared suffering “serious bodily injury” last June after Mason ignored his commands and approached him outside the home, Sorrell said in announcing his decision not to file charges against Shaffer.

That fear, Sorrell ruled, justified Shaffer’s decision to fire the Taser that hit Mason in the chest and resulted in a fatal cardiac arrest.

“Mason took at least two steps towards Tpr. Shaffer, and when Mason and Tpr. Shaffer were between 6 and 10 feet apart, Tpr. Shaffer deployed his Taser,” Sorrell said in a written statement yesterday. “The darts struck Mason in the left chest and abdomen. A single five-second cycle was used. Tpr. Shaffer told investigators that he believed that Mason was going to physically assault him as he was closing the distance between them.”

Sorrell said he considered whether to file either assault or murder charges against Shaffer, 29, and concluded there was not enough evidence to prove either charge beyond a reasonable doubt.

Troopers initially were dispatched to Thetford after Mason, who suffered from a seizure disorder, called Dartmouth-Hitchcock Medical Center and threatened to hurt himself or others while speaking to health care staff.

Two eyewitnesses have said that Mason, 39, was not a threat to Shaffer when the stun gun was fired.

Mason’s girlfriend Theresa Davidonis and her son Aleks both witnessed the incident and said that rather than threatening troopers, Mason put his hands up in a surrender pose with his palms facing outward.

Sorrell’s report said that Shaffer was unaware that the day before the incident, Mason had suffered a seizure. Davidonis has she repeatedly informed Trooper Charles Schultze, the commanding officer at the scene, about Mason’s condition.

“I said, ‘Don’t Taser him. You’ll kill him,’ ” Davidonis previously told the Valley News. “They looked at me and shot him right in the chest. I watched the barbs. I watched the eyes roll back in his head. I just want people to know they were told. They were warned. It was murder.”

A physician at Dartmouth-Hitchcock Medical Center told the Valley News shortly after the incident that because of the lingering effects of the seizure he suffered the prior day, Mason may have been incapacitated and unable to comply with Shaffer’s commands.

Taser International, manufacturer of the stun gun Shaffer used, advises against shots to the chest, warning they could be fatal. Additionally, state police protocols tell troopers to give “special consideration” to people suffering “cognitive impairments.”

“Based on the evidence we have, there are a number of things we think were done improperly by Vermont State Police that led to Macadam’s death,” Van Dorn said in an interview. “Taser International says the chest is not to be aimed at if it can be helped. Taser also says people with medical conditions should not be targeted. Some of the state police, though Shaffer denies it, knew (Mason) had a mental health issue. Why wasn’t that communicated to Shaffer, or did Shaffer know it and ignore it? (Mason) wasn’t posing a physical threat.”

Taylor said Mason’s death devastated both her family and the Davidonis family. Mason also is survived by two children.

“Macadam was innocent,” Taylor said. “It has left me without a son I loved dearly. It has ruined our lives.”

Some observers following the case said that Sorrell’s decision not to press charges against Shaffer calls into question whether the Attorney General’s Office would ever charge a police with criminal wrongdoing for the use of force while on duty.

“It’s hard to know when, if ever, criminal charges might be brought in a law enforcement shooting death,” said Allen Gilbert, executive director of the Vermont chapter of the American Civil Liberties Union. “A trooper fired a weapon that killed a person, and the weapon was used in a way contrary to the guidelines of the manufacturer. The stark fact of the case is a Vermonter is dead that should be alive today. Macadam Mason was unarmed when he was shot with a weapon that is considered ‘less lethal,” (but) we know that the Taser caused his death.”

The New Hampshire Medical Examiner’s Office, which conducted the autopsy because Mason was taken to DHMC after he collapsed and was declared dead there, ruled in September that the Taser strike, which sent 50,000 volts of electricity into Mason’s chest, caused his death.

Sorrell, however, said the evidence showed that Shaffer had good reason to fire his Taser.

“His use of force was justified given the facts and circumstances that he felt that he was at risk of harm,” Sorrell said in an interview.“These cases are fact-dependent. Do I have the sense that the trooper was trying to kill Mr. Mason? There was nothing in the record to reflect that.”

Around 3 p.m. on June 20, State Police responded to the home that Mason and Davidonis shared on Sawnee Bean Road after Mason called DHMC, the State Police said after the incident. Troopers phoned Davidonis, who was working at a nearby hair salon. She told authorities that there were no firearms at the home and asked police not to go onto her property. Davidonis then drove home, where she asked police to leave because their presence would aggravate Mason. Police report they then heard her arguing with Mason and left the scene.

An hour later, Davidonis left the house, and returned to the salon. State police called her 15 minutes later to inform her that troopers had returned to her home and were requesting that she join them.
Yesterday, Sorrell said troopers returned “in light of the requested welfare check and the information provided … to personally confirm that Mason was OK,” Sorrell said yesterday.

Shaffer, tasked with establishing a perimeter around the scene, walked to the rear of the home carrying a rifle on a sling “in an attempt to secure the area,” Sorrell said. He soon made contact with Mason and ordered him to get on the ground.

Mason initially sat down, but as Shaffer approached, Mason used profanities and “asked Shaffer to shoot him,” Sorrell said.

Shaffer, 29, put his rifle aside in favor of the Taser. State police say that Mason rose and approached Shaffer, who said Mason had a closed fist and was yelling.

State Police spokeswoman Stephanie Dasaro said that Shaffer was on paid administrative leave yesterday, as he has been for much of the time since Mason’s death. Dasaro declined to elaborate, citing employee confidentiality.

Orange County State’s Attorney Will Porter participated in the review of the shooting and reached the same conclusions concerning criminal charges, Sorrell said. Porter did not respond to a message yesterday afternoon.

“We are reassured to learn of the Attorney General’s findings in the Thetford incident, involving a Vermont State Police trooper,” said Col. Tom L’Esperance, director of the State Police. “The actions of our troopers helped protect citizens in a highly dangerous and life threatening event. The difficult decision to use force is something that stays with our members, throughout their careers. And we will continue to provide support and training to our members, as needed.”

The incident prompted a push for state officials to institute a moratorium on law enforcement use of stun guns in the state. Neither law enforcement nor lawmakers have taken such a step.

Davidonis, who has filed a separate lawsuit against State Police alleging trespass and emotional distress, did not respond to messages seeking comment yesterday.

“History of seizures or not, they were up there for hours before it happened. Theresa told them he was emotionally disturbed,” Costello said. “The crisis was created by Shaffer going onto their property, contrary to Theresa’s commands and what the police had been doing for two hours. There is violence and there is a shooting and there is a death. Who is doing the shooting? Law enforcement. An emotionally disturbed person is killed by violence by law enforcement. That demands leadership.”

The Attorney General’s Office, which has cleared officers of criminal wrongdoing in a number of Upper Valley cases in recent years, has in the past refused to release records of those investigations, even after they were complete.

Last week, Sorrell told the Senate Judiciary Committee, which is weighing legislation to give the public easier access to police records, that he would support releasing files of closed investigations of police officers accused of wrongdoing.

Yesterday, Sorell said that he considered releasing the full file of the investigation of Shaffer, in the spirit of his legislative proposal. However, Sorrell said he did not because he was concerned that releasing the files would constitute “extra judicial statements” that could unfairly affect the civil lawsuits to come.

“I thought long and hard about releasing the investigative files,” Sorrell said. “I’m sensitive to not trying to go into the civil case. My authority is on the criminal case. We’re trying to give enough facts to describe why we didn’t file criminal charges.”

In addition to his findings, Sorrell announced that he will join Gilbert and other state experts at a public forum, yet to be scheduled, in Montpelier to discuss law enforcement’s use of stun guns.

“At some point, police will have to take responsibility for an action of an officer that should not have occurred,” Gilbert said. “The question remains — what accountability is needed to make sure this doesn’t happen again?”

Thanks for reporting an error with the story, "Sorrell says trooper had good reason to fire Taser at Macadam Mason; ..."