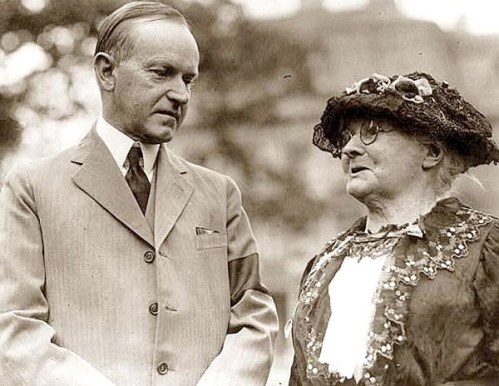 Editor’s note: This essay by Greg Guma is from The Vermont Way: Restless Spirits and Popular Movements, a new study of the state’s evolution and influence slated for release in 2012. To find out more, visit The Vermont Way.

So far, two people born in Vermont have become president of the United States -– Chester Arthur and Calvin Coolidge. But others have made the attempt. The earliest was Mormon leader Joseph Smith, one of those restless Vermonters who struck out for the West in revival days. The next was Stephen Douglas, known as the “Little Giant” because of his short stature and “giant” political skills.

In 1852, and again four years later, Douglas went after the Democratic Party nomination. The path was finally clear in 1860, but by then the party was hopelessly split. He easily became the Northern Democratic candidate, but the party’s Southern pro-slavery wing didn’t trust his ambiguous position and separately nominated Vice President John C. Breckinridge.

There was also a standard bearer for the Constitution Party, which hoped to avoid civil war through regional compromise. But most of all, there was Abraham Lincoln, who was nominated in Chicago at the Republican Convention. The two men knew each other well, especially from a famous series of debates they had waged when Lincoln challenged Douglas for his Senate seat two years before.

Douglas finished second in the popular vote for president with 29 percent but carried only Missouri and half of New Jersey’s electors. Breckinridge swept the South but won only 18 percent. Lincoln carried 18 Northern states, including Vermont and Illinois, and received 39.8 percent, or 1,865,593, of the 4.6 million votes cast that year.

As soon as Lincoln was elected, Southern states began to secede. When war came in April 1861 Douglas urged his followers to support the union. But he died a few weeks later. His position on slavery has been disputed ever since.

Twenty years after Douglas tried and failed, Chester Arthur succeeded without actually running for president himself. Arthur was the son of a Baptist minister who emigrated to North America from Ireland. His official biography says that he was from Fairfield, a town near the Canadian border, born on October 5, 1830. But there have been persistent rumors that he was really born nearby in Canada, and that even his birth date may be off by a year.

After college and law school in upstate New York, he briefly returned to Vermont in the early 1850s, as principal of an academy in North Pownal, before joining a law firm in New York City. For a while he was a Whig, but joined the Republicans early and was appointed engineer-in-chief by New York’s governor, then acting quartermaster-general for the state during the Civil War. After the war he rose in the Republican hierarchy, becoming collector of the Port of New York in 1871 and chair of the party’s state committee.

In 1880 he backed former President Grant to succeed Rutherford B. Hayes, but the convention delegates went with another general, James Garfield. However, Arthur’s support for Grant and position in New York politics made him a practical choice to join Garfield on the ticket. The team was elected and Vice President Arthur began to preside over a US Senate that was so evenly divided that he often had to break ties.

On July 2, 1881, only four months into his term, Garfield was shot at a Washington railway station by Charles Guiteau, an unstable job-seeker. The president lingered on for two months but died from an infection on September 19 after doctors contaminated the bullet wound. The next day, Arthur became the first president from Vermont.

It was a relatively prosperous period for the country. The president spent much of his time dealing domestically with building projects, disputes with Native American tribes, cowboy violence in the Arizona territory, and hostility to Chinese immigrants.

In 1884, when the Republicans met again in Chicago for their nominating convention, Arthur lost to James C. Blaine, a leading Republican moderate who had briefly been his Secretary of State. He died two years later, having served as president for three and half years without winning an election on his own. 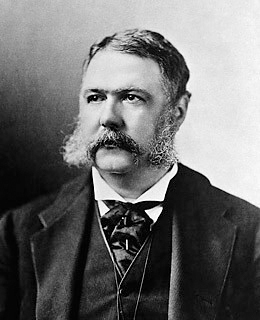 The last Vermonter to lead the country (so far) also became president due to a death at the top. But there is no dispute about the birthplace of Calvin Coolidge. He was born in Plymouth Notch on July 4, 1872, the only president to date whose birthday is Independence Day.

Like his ambitious predecessors Coolidge also left the state to pursue his dreams. He moved to Massachusetts and became, first a city official, then mayor, state legislator, lieutenant governor and ultimately governor of the state in 1918. It was a steady and conventional political rise, aside from the decision that brought him to national attention — breaking a police strike in Boston.

When the Republican convention deadlocked two years later, party bosses gathered in what became known as their “smoke-filled room” and selected a little-known Ohio senator, Warren G. Harding. To balance the ticket, Coolidge was picked for vice president. Disgusted with Woodrow Wilson at the close of World War I, Democrats joined the unusual Republican base to give Harding the biggest landslide victory in US history — more than 60 percent of the popular vote.

The Harding administration soon became infamous for corruption, but Coolidge managed to stay clean. Disillusionment set in and few expected anything to change until the next election. But on August 2, 1923, in the middle of a goodwill tour, Harding dropped dead suddenly in San Francisco.

Coolidge was a dramatic change of pace, at least in temperament and style. Harding looked and lived like a matinee idol. “Silent Cal” was an austere and private family man, legendary for his stinginess and generally incurious nature. But he and his predecessor did have one thing in common — affection for business.

In 1924, he won re-election in a landslide using a slogan that revealed control and awareness of his image, “Keep Cool and Keep Coolidge.” Technically, he could have run again, but declined with what is likely the shortest political statement ever made by a president: “I do not choose to run for president in 1928.”

A year later, Herbert Hoover was in office and the nation was entering the Great Depression.

Thanks for reporting an error with the story, "Vermonters who went to the White House"