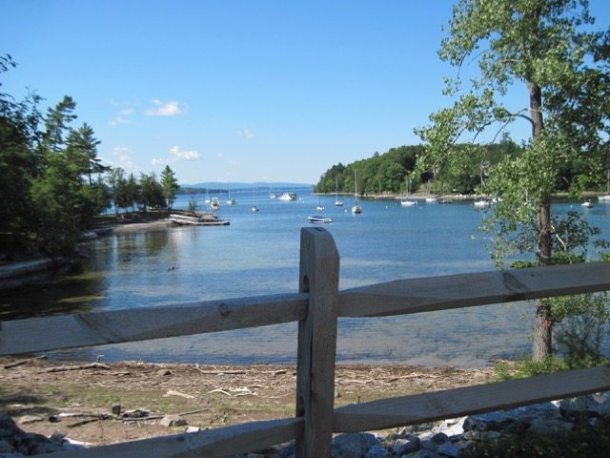 Saturday is set to be the hottest day of 2019 in Vermont so far, with temperatures in the mid-90s and the “feels like” projections upwards of 100 degrees in many parts of the state.

In anticipation of the heat, several events across Vermont have already been canceled, while other event coordinators are watching the weather closely.

In Brattleboro, a Harvest Farm Jam and Cannabis Guide Launch set for Saturday has been rescheduled for September, “in the hopes of more seasonable weather.” In Burlington, the annual Vermont Brewery Festival said their “ice cold beer” should help provide relief from the heat, though they also will have EMS on site watching for dehydration and heat stroke.

“Between the cold front, clouds, and some showers or even thunderstorms, we’re expecting things to feel a little cooler after that,” he said.

The Champlain Valley in and around Burlington is expected to be hit the worst by the weekend weather, along with the Lower Connecticut River Valley near White River Junction. Taber said it’s often these kinds of urban corridors that see the highest temps.

“The combination of the buildings and concrete and pavement tend to affect the heat and make things warmer,” he said.

Looking to avoid the heat? Taber says all you have to do is climb. In the highest elevations of the state, Saturday won’t get any warmer than mid-70s.

Taber said this July has been hotter than average, especially in the last seven to 10 days, though he said last June (2018) saw significantly warmer temperatures than this June (2019).

“But looking at a 30-year whole, rather than just a two year comparison, we’re still above normal,” Taber said.

That comes after scientists reported that last month was the hottest June that Earth has on record — with the planet also on track for its warmest-ever July, with researchers saying climate change is what’s driving the heat.

“We’re seeing the effect of climate change on the number of days that we expect above 90 in Burlington, as well as on the duration of the heat,” Taber said. “Climate change definitely has some influence on the weather we’re seeing this weekend.”

To manage the heat, Taber said Vermonters should be staying inside during the hottest parts of the day, particularly in places with air conditioning, like malls or libraries. He said those who do head outside should remember to stay hydrated, wear lightweight, light-colored clothing, stay in the water or the shade, and to take frequent breaks from activity. Burlington area beaches, including those previously closed because of algae concerns, are reported open. A few areas are reporting “high alerts” for cyanobacteria.

Jared Ulmer, with the Vermont Department of Health, said most of the dangers they see during hot weather are minor — things like dehydration and heat exhaustion. More serious impacts, like heat stroke, he said, only really happen when people exert themselves outside during peak heat and humidity.

However, he noted that a big percentage of the cases they deal with during heat happen indoors — since many Vermonters don’t have air conditioning.

“It’s usually people that don’t have A/C and it’s oftentimes people that live alone and don’t have quite the social support they need,” Ulmer said. “One thing we want to remind people is to think about friends, family and neighbors that may be at higher risk.”

“And keep an eye on pets too,” Taber said. “I think if you do those precautions, and take the necessary safety measures, you should be OK.”

Thanks for reporting an error with the story, "Events canceled as Vermont prepares for summer heat wave"