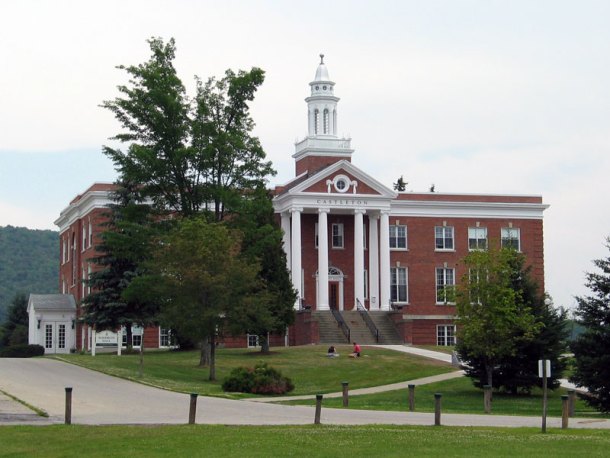 Leaders at the Vermont State Colleges will spend the next six months figuring out how to address the mounting difficulties facing higher education.

VSCS Chancellor Jeb Spaulding has kicked off the conversation with a draft white paper outlining the challenges at play, including declining enrollments, chronic underfunding, and growing competition from online-degree programs.

“Every month that goes by, the forces that are bearing down on higher education in general become more clear,” Spaulding said in an interview on Monday. “The problems seem to continue to intensify around us.”

Officials say they want to gather input over the summer and fall from faculty, staff, college leaders, and students before sending a plan of action to the VSCS board of Trustees at the end of 2019. A dedicated page on the state colleges website has been set up to keep the public informed about the process.

Leaders at the colleges have been talking for years about the demographic challenges plaguing higher education. The trustees’ long-range planning committee, which will lead this process, has in recent years merged Lyndon and Johnson state colleges into Northern Vermont University and has advanced plans to rename Castleton University (then Castleton State College) to attract international students.

Three small private colleges have closed in Vermont this year as enrollments continue to decline across the region, and another is on probation with its accreditor. The closures have reflected a nationwide contraction in the industry as the number of high school graduates declines and more opt not to go the college route. VSC officials acknowledge that its system is facing most of the same pressures – but also insist that the state colleges are nowhere near in such dire straits.

“It’s those that have the foresight to act ahead of the crowd that are going to be left standing,” Spaulding said.

Notably, the paper suggests system leaders have given up hope that Montpelier might step in to deliver a significant boost in financial support.

Vermont perennially ranks last in the nation for state funding for public higher education. VSC leaders made a big push at the beginning of the legislative session to nearly double their base appropriation (by $25 million) over a five-year period, which would have brought them in line with their peers in New England. They walked away with a $2.5 million bump – and were told more was unlikely any time soon. 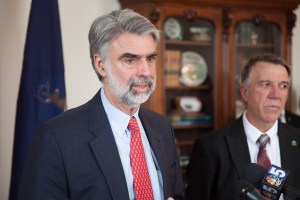 “Despite all our efforts and modest recent successes, pinning the System’s future on consistent and meaningful increases in State funding would be imprudent,” the paper states.

Meanwhile, with state support so low, and tuition climbing, VSC officials say the colleges are evermore hard-pressed to compete on price.

“It is increasingly common to hear from Vermont families that it is less expensive for their children to go to college out of state, at private or public institutions, than to go to their own public colleges,” the white paper says.

That trend is exacerbated by cheaper, online-only degree programs that are growing in popularity. Just across the Connecticut River, Southern New Hampshire University now enrolls over 120,000 online.

And as more online degree programs enter the market each year, the state colleges say their physical infrastructure is underutilized and facing mounting facility repair needs. In the 2018-19 academic year, according to the white paper, there about 540 empty beds across the system – a 20% vacancy rate. The system has about $54 million in deferred maintenance costs. 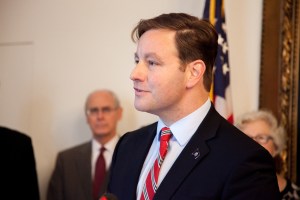 VSC trustee Chair Church Hindes has spent the bulk of his time on the board serving on the system’s finance and facilities committee. And he says it’s the state of the system’s buildings that make him most anxious.

“I go to sleep at night worried about the fragile nature of some of our infrastructure,” he said.

Lisa Cline, a professor at NVU and the president of the VSC faculty union, said the faculty federation “fully supports” the initiative.

“We know that the VSC is most successful when faculty, staff and administrators work together and we look forward to working with the Chancellor’s Office in every way we can,” she wrote in an email.

VSC leaders have declined to say what solutions they might ultimately advance, and emphasized they want everyone to agree on the key challenges facing the system’s institutions before suggesting an action plan. But the coming changes will likely be commensurate in scope with the dramatic changes in the sector, they said.

“I do think we’re looking to do more than just tinker around the edges,” Spaulding said.

Thanks for reporting an error with the story, "Confronting demographics, state colleges consider reform"