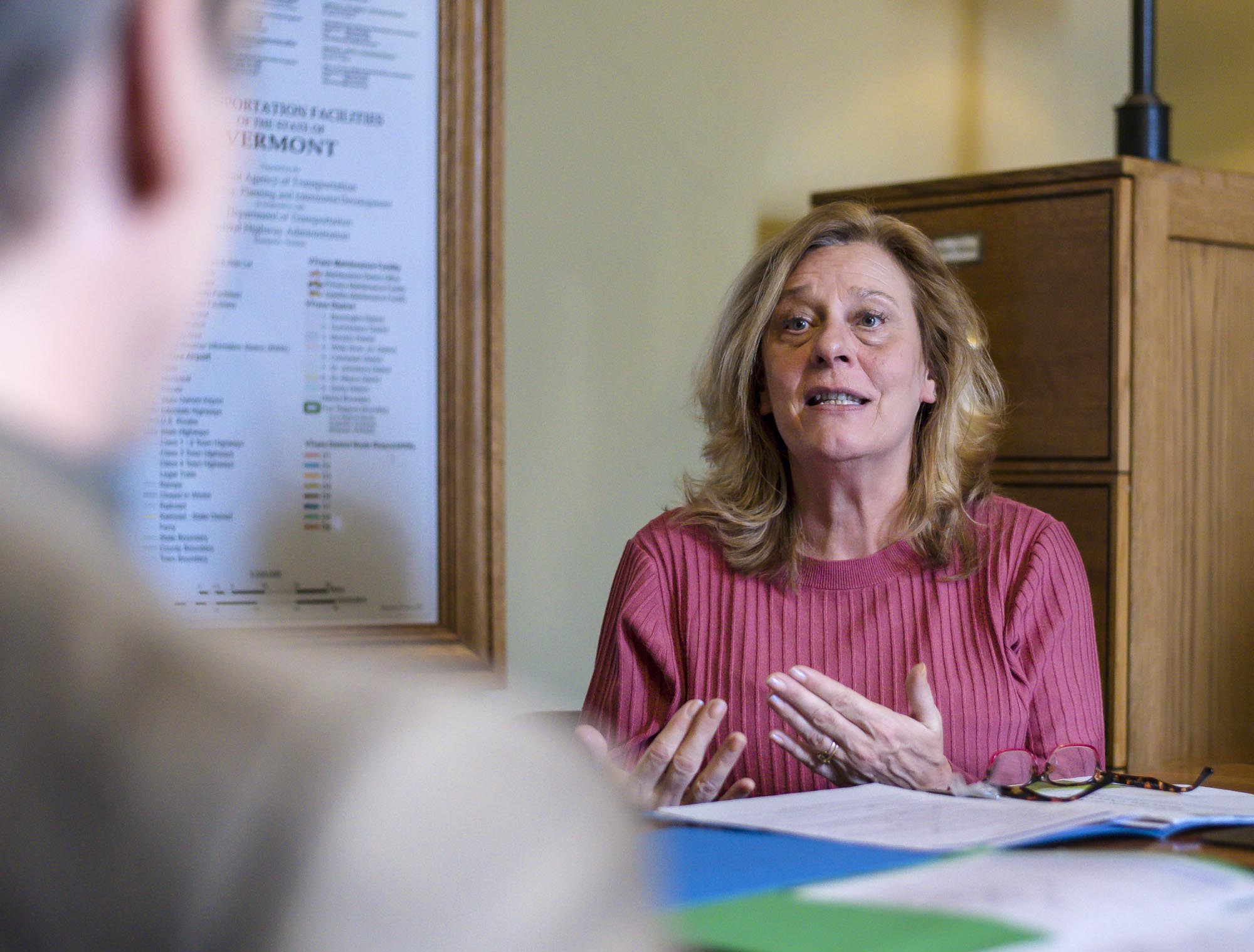 Commissioner of Motor Vehicles Wanda Minoli says of the new system: 'I think what it does is it helps individuals who may be exposed to uncomfortable situations when they may be stopped with their license as an ID.' Photo by Glenn Russell/VTDigger

[J]ames-Beth Merritt has had nonbinary gender experiences for as long as they — Merritt's preferred pronoun — can remember, since they were about 7.

About 10 years ago, they figured out what those experiences meant, and a few years after that, they decided on a label: bi-gender. At the age of 50, Merritt now knows without a doubt that the label of “male” on their driver's license does not accurately depict their gender — and neither would “female.” But starting on or before July 1, they won’t have to choose one or the other.

The Vermont Agency of Transportation is ready to roll out a new system, including gender options of male, female and other, denoted by M, F and X. The agency announced in January 2018 that in its transition to a new driver's license system, it was looking for vendors who could provide a third gender option to Vermont residents.

“Allowing for the third gender option for safety and for an inclusion of all Vermonters is really important, and they will have that option beginning in July,” said Wanda Minoli, commissioner for the Department of Motor Vehicles. “We have many members in our community today that go through transitions and change their identity, and our drivers licenses, and our policies and procedures support these changes. This is not a new process to our business, it’s just adding a third option.”

Merritt, who uses a pseudonym under which they recently published a book because they are not out to everyone, said they don’t need any validation from the state to know their gender identity is valid. However, it certainly doesn’t hurt — both in terms of practical ramifications and just feeling supported and recognized by the people of Vermont, Merritt said.

“I’ve had enough experiences of having to present a license that says one gender while presenting as another gender, I’ve decided I really don't like it at all,” Merritt said. “No one has ever given me any trouble about it, but that’s probably because of where I live. And I know that with ‘nonbinary,’ I’d be asking for more trouble in some ways, but at least it’s strictly honest. It’s not a description about who you’re dealing with says something that isn’t true.”

The Vermont DMV used a public bid process to choose a company called VALID for the new system — the same company that designed the current ID system for the state of Washington. Minoli said while licenses used to identify people’s sex, they will now identify people by their gender.

“The statute for issuing and designing licenses does not require that we identify you by sex. However, indicating what your gender is has been a past practice,” Minoli said. “I think what it does is it helps individuals who may be exposed to uncomfortable situations when they may be stopped with their license as an ID.”

Merritt said their nonbinary experience is especially tricky, because while most of their nonbinary friends feel somewhere in the middle of male and female, Merritt tends to feel at one end of the spectrum or the other.

“It was an enormous relief when I found a word that described what I was,” Merritt said. “For a long time, I thought it was a personal failing, I didn’t understand what it could be about me. Finding the word bi-gender, or even finding the word nonbinary, showed me that other people were having similar experiences, and that really validated this for me.”

“Certainly for a lot of [nonbinary people], and for a lot of trans people that I talk to, just feeling able to legally claim their gender is very tricky,” Merritt said. “Actually figuring out how you fit into the world was, for me, an enormous relief, and it sort of propelled me forward.” 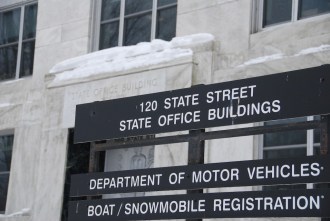 The Department of Motor Vehicles in Montpelier. File photo by Elizabeth Hewitt/VTDigger

“This isn’t something that’s affecting other people,” said Gustavo Mercado Muñiz, transgender program coordinator at the Pride Center of Vermont. “It wouldn’t affect another person's gender marker, it would only open the door for more people’s gender identity to be respected in the way that cis (cisgender or not transgender) men and women are being respected on their documentation.”

But Vermont could still do a lot more for its transgender and nonbinary citizens, Mercado Muñiz said. Enforcing anti-discrimination laws, coverage of trans health in insurance programs, and expanding gender neutral public bathrooms are at the top of the list.

"I mean it’s a big list … but I’m jazzed about the (X) marker finally coming into play,” Mercado Muñiz said.

Thanks for reporting an error with the story, "State ready to roll out ‘X’ gender option on new licenses"

Woodstock aims to house local workers with subsidies to landlords