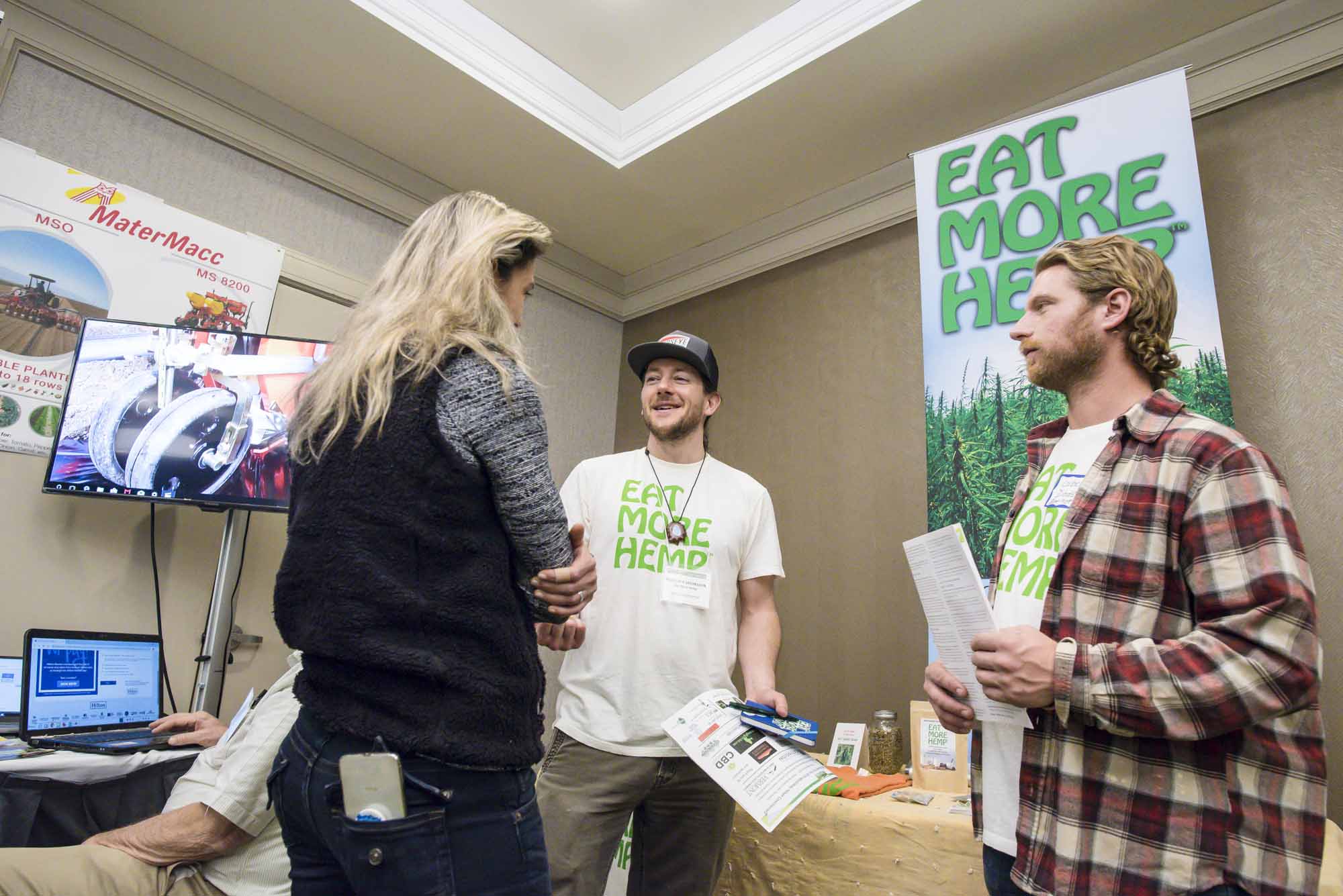 As he watches the hemp business take off, Jay Noller, head of the Oregon State University Crop and Soil Science Department, is reminded of the evolution of the modern sugar cane industry, but at high speed.

Like hemp, sugar cane was grown and used domestically for centuries before it became a commodity. Today, sugar is found in a multitude of processed and value-added foods. In the last few hundred years, “it has gone through the popularity and then of course the commoditization as a crop,” said Noller, a speaker at the hemp conference put on Friday by the University of Vermont and the Vermont Agency of Agriculture.

Things are likely to move quite a bit faster in the hemp market, Noller predicted.

“In the very short term, three to five years, maybe a decade, you’ll see that depending on federal, state and international regulations, this crop is going to go through a similar surge of production profit and deficit,” he said. Noller said he’s already seen processing improve dramatically as hemp production has taken off in recent years.

“The means of processing has already in three years gone through three generations,” he said. “With sugar, it took 100 times longer to run out. Hemp, if you just contract everything, it really looks like 20-plus years before things sort out.”

The hemp conference drew 300 exhibitors, growers, agriculture experts and landowners who were considering getting into the fast-moving hemp market. More than 450 hemp growers have registered as required with the state Agency of Agriculture, and about a dozen commercial processing businesses have set up in the state recently to extract CBD from the hemp.

CBD, or cannabidiol, is the non-psychoactive compound that is being added to food, beverages, and health and beauty products and sold in oils and lotions as a health product. Hemp is defined as the cannabis plant when it contains under .3 percent of tetrahydrocannabinol, or THC – the psychoactive ingredient. The 2018 federal Farm Bill removes CBD from the federal Controlled Substances Act, but the rules around the use of CBD as a food supplement are still hazy, and some jurisdictions have removed the products from their shelves.

There was no sign of that uncertainty at Friday’s conference, where producers, farm support services and would-be hemp entrepreneurs were animated by the promise of the new industry.

“Hemp lends so much to us,” said Thatcher Michelsen, who has started a few hemp-related businesses, including a company called Eat More Hemp. Michelsen said he expects to have under contract this week a nearly half-million-dollar property in Charlotte with five acres of land and two large greenhouses where he plans to set up a professional nursery producing 200,000 hemp clones a year. Michelsen, who has raised money from friends and family for the initial purchase, said he’s in talks to bring in a total of $2.8 million in venture capital from an investor out of state. He plans to set up a processing facility on the property. 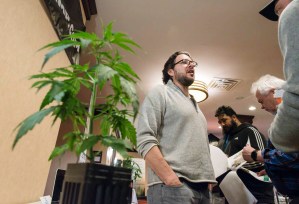 Nathan Maez of gofarmhemp.com with a hemp seedling at the 2019 Industrial Hemp Conference  Photo by Glenn Russell/VTDigger

Hemp is “a critically important valuable natural resource that has thousands of industrial and domestic applications,” Michelsen said.

Montpelier resident Nathan Maez is another serial entrepreneur who sees promise in hemp. Maez, who owns a jewelry making company and real estate in Lyndonville, is working with friends who have a farm in New Haven to grow and process hemp. He’s also the Vermont sales rep for a national hemp seed company.

Noller, who has been leading hemp research and development efforts for the Oregon State extension for five years, noted that CBD is just one compound of hundreds in the plant that have drawn interest for their potential healing qualities.

“We’ll see other cannabinoids being pushed by some breeders as the next wave,” he said.

Noller’s advice to Vermont’s hemp farmers was that they join forces in co-ops to share their risks as they ride the peaks and valleys of the market. 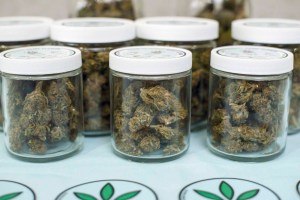 “By doing that, there is more surety of sharing in gains versus the downside, because of able to talk about and provide quantities of the quality product at the best possible arranged market price,” he said.

He added that Vermont growers and producers are lucky to have the university behind them. The conference Friday was similar to those he’s attended in states like Kentucky, Colorado and Washington, he said, “except this is organized by the public university and not by the suppliers or growers that are shopping their wares,” he said.

He added that it’s critical to look beyond the hyperbole that is dominating discussions of hemp’s promise.

“I think everyone wants to get rich on this, and I would think that there ought to be other goals,” he said, such as creating one sustainable element of a larger agriculture business. He advised against borrowing or leveraging too much.

“As a student of agricultural history, we see this in so many other enterprises, just within agriculture,” he said, mentioning recent agricultural gold rushes in lavender, quinoa, St. John’s wort, stevia and mint. “Being unstable up front can lead to instability downstream.” 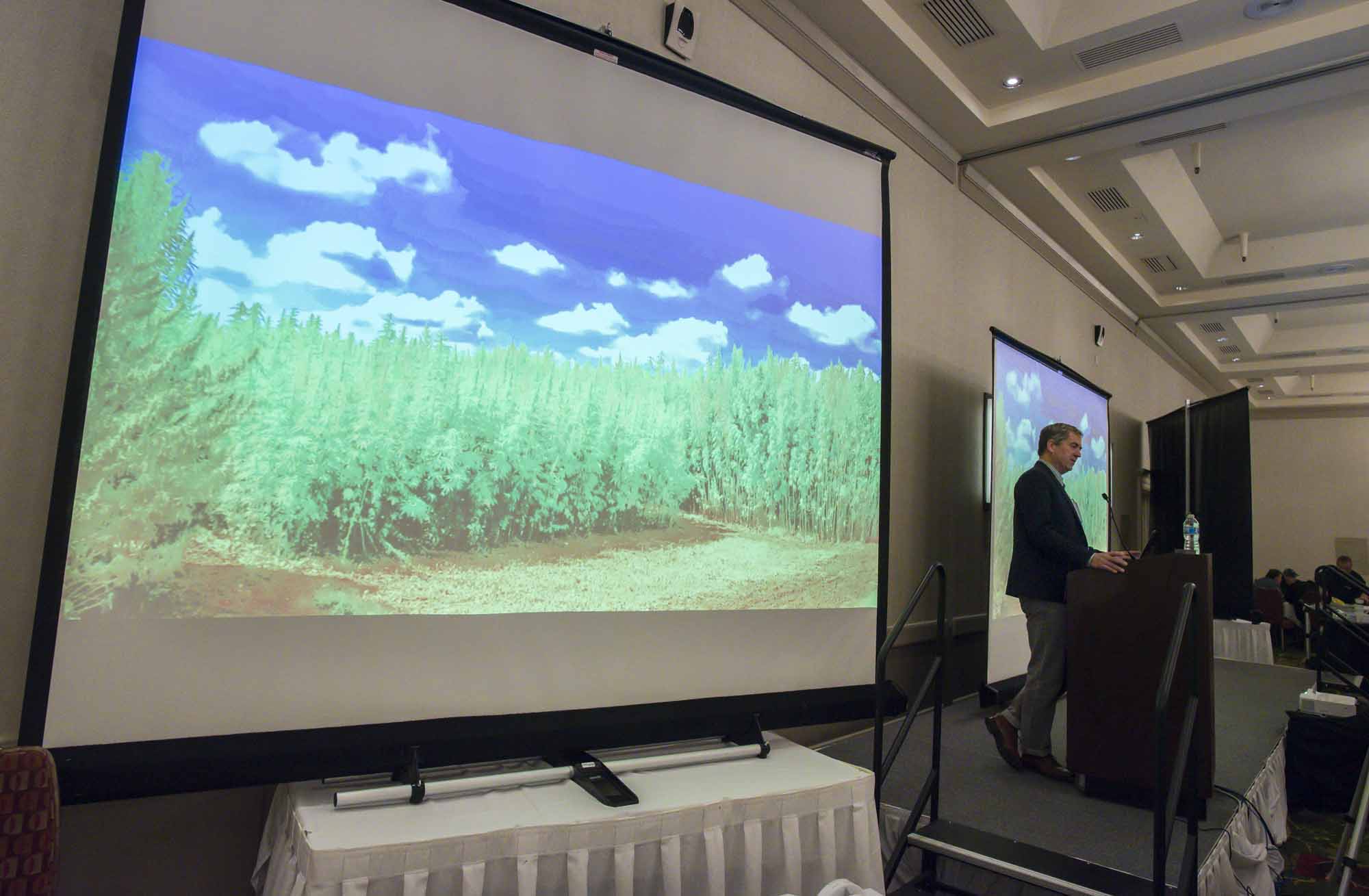 Jay Noller, head of the Department of Crop and Soil Science at Oregon State University, speaks on developing sustainable markets for hemp at the 2019 Industrial Hemp Conference in Burlington on Friday. Photo by Glenn Russell/VTDigger

Thanks for reporting an error with the story, "At hemp conference, farmers told to ‘share the risk’"