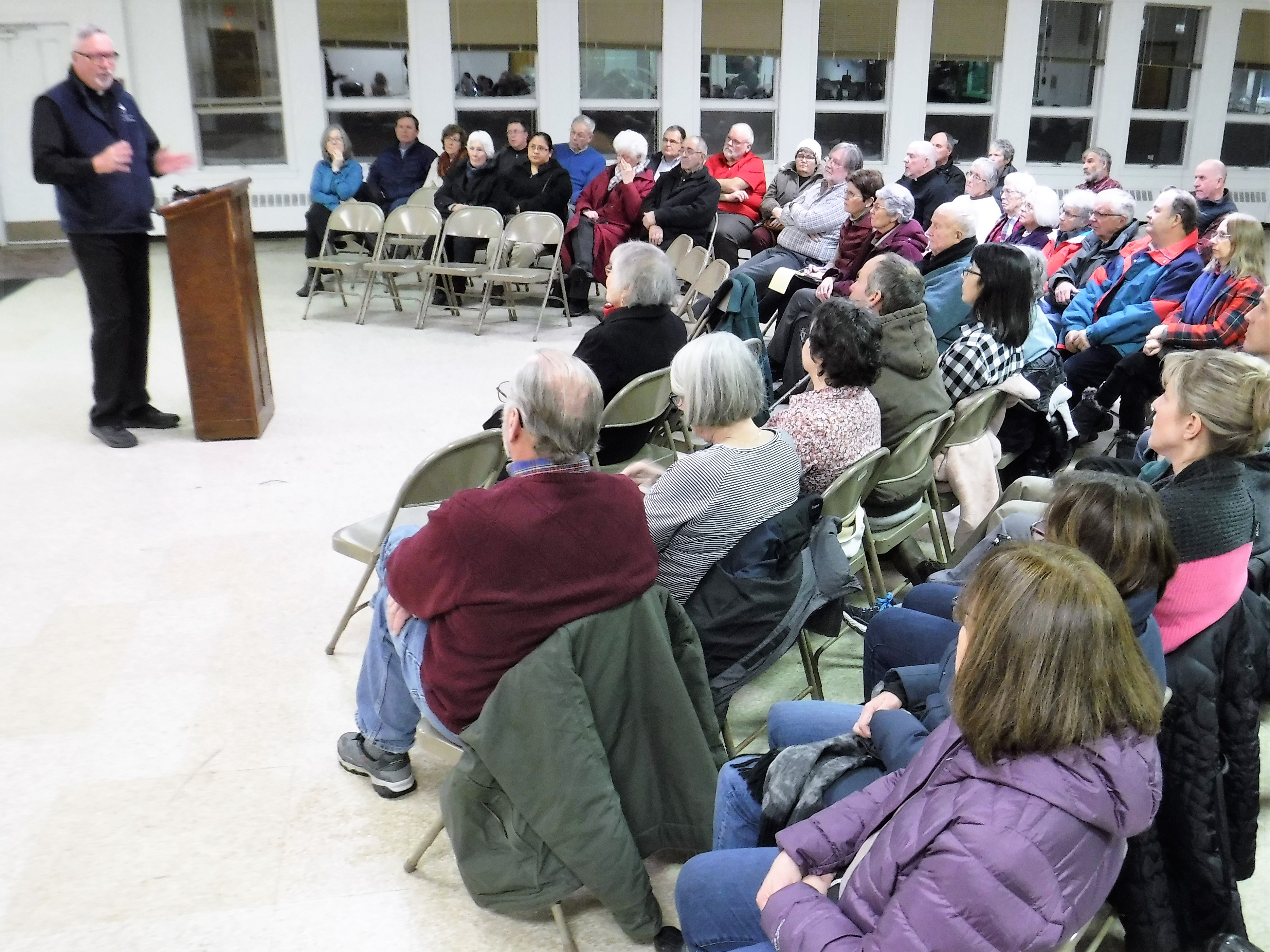 [S]T. ALBANS — The first surprise came when a crowd of 75 Vermont Catholics defied a snowstorm to ask a flurry of questions about a rise in priest misconduct headlines and fall in parishioner attendance.

“Can you see the possibility,” one woman asked, “of having a dialogue about celibacy, marriage and the priesthood?”

The second one arrived when the head of the state’s Roman Catholic Diocese answered each and every inquiry without dodging or deflecting.

“If the Holy Father said we’re going to allow for married clergy, I would say fine,” Bishop Christopher Coyne said. “But I would feel badly for the woman who would have to marry me.”

“I had no idea what sense of a turnout we’d have, but this is heartening,” said Coyne, setting up more chairs even as a snowplow continued to clear the parking lot at St. Mary’s Church in St. Albans.

The Vermont diocese, the target of more than 40 clergy misconduct lawsuits in the past quarter-century, has a decades-long history of resisting outside review. That’s why Coyne, its leader since 2015, has made headlines for his efforts to reach out and respond to the state’s 118,000 Catholics.

The bishop began by announcing the diocese was financially stable, even after settling a priest misconduct lawsuit in December.

“We’ve had a balanced budget for seven or eight years,” he said, “and we don’t have any lawsuits against us right now.”

But the Catholic Church still faces questions about past child abuse by clergy at the state, national and global level — a subject that drew the most inquiries from the local audience.

Coyne stressed the diocese hadn’t received a substantiated allegation involving a current priest for nearly two decades. As for past problems, he said a lay committee was reviewing the personnel files of 52 former clergy who’ve faced charges so it can publicize the names of offenders later this year.

“I was hoping we’d have the report available now, but they said they need at least another month,” he told the meeting crowd. “They’re being very careful.”

Coyne said transparency was also why the diocese has agreed to work with a task force of local and state police and prosecutors investigating the history of church-wide misconduct, as well as release past child abuse victims from nondisclosure agreements.

“In order for us to be free of the darkness, we have to tell the whole story so five or 10 years from now there’s not another article because we didn’t let people know,” he said.

Several participants asked if the church knew the underlying reason for the abuse.

“Theologically, I tell our guys, ‘If you want to prevent this, then be holy,’” Coyne replied.

But the bishop also mentioned past problems with screening and training past priests, challenges with alcohol and drugs, some clergy repeating their own childhood abuse, as well as the fact some acts have been isolated incidents and others part of a larger pattern of pedophilia.

“I think the answer is there were all kinds of factors involved,” he concluded. 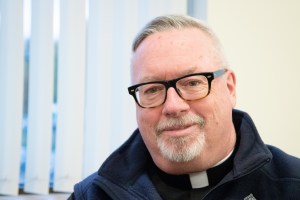 That prompted one man to note “perhaps one of the causes is the Catholic Church doesn’t allow marriage or women.”

“I think you could make that argument,” the bishop replied.

“If a woman can conceive and give birth to a child of God,” the man said, “they should be able to say Mass.”

Coyne answered throughout the meeting with a mix of seriousness and humor. Take the question, “What keeps you up at night?”

“The Kansas City quarterback,” he said. “I also worry about people who are leaving the church who are good and have so much to bring to us but have chosen another path. How do I encourage them to be part of our faith?”

Many in the audience expressed appreciation for his attendance.

“I want to thank you,” one woman said. “We feel so much better with you at the helm.”

The crowd affirmed that with applause.

The five remaining meetings, each to run from 6 to 7:30 p.m., will take place Jan. 22 at Holy Family in Essex Junction, Jan. 23 at St. Theresa’s in Orleans, Jan. 28 at Sacred Heart in Bennington, Jan. 29 at Christ the King in Rutland and Jan. 31 at St. John Vianney in South Burlington.

“Tell them, ‘We laughed, we cried, it was better than ‘Cats,’” the bishop told participants to share with peers. “And thank you for your honesty.”

Thanks for reporting an error with the story, "Vermont Catholics voice support for married, female clergy"

Ahead of sentencing, prosecutors dispute the notion that Stenger was ‘duped’ in EB-5 case

Vaccines for kids are coming. What would it take to mandate them in Vermont schools?