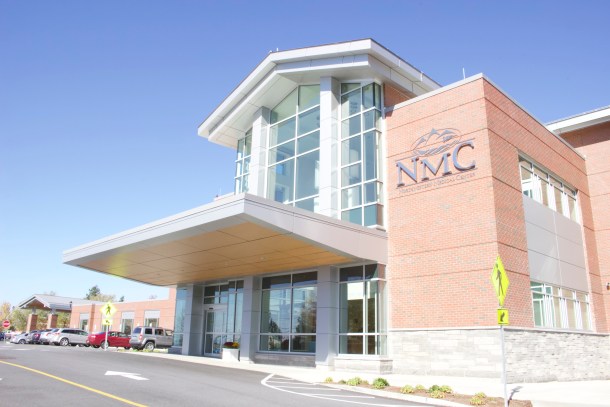 Regulators have cited Northwestern Medical Center for failing to meet multiple psychiatric care standards, including an incident in which police used a stun gun and handcuffs on a mental health patient.

The inspection report from the state Division of Licensing and Protection also found that the St. Albans hospital improperly used restraints, did not adequately train staff, failed to safely equip a room and used police officers to help administer involuntary medication.

It is the latest regulatory action taken against Vermont hospitals this year regarding treatment of mental health patients. Five other hospitals also have gotten in trouble, and state inspectors noted that they had been at Northwestern just a few months ago to address similar issues.

“Although the hospital had revised policies and procedures associated with previously identified deficient practices, there was a failure to analyze the effectiveness of training, fully implement an auditing process and communicate to hospital personnel regarding the use of law enforcement in the management of patients presenting with behavioral health symptoms,” state officials wrote. 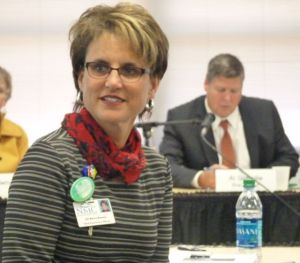 “This takes careful consideration and constant diligence, as some patients can exhibit violent or combative behaviors which put themselves and others at risk for harm,” she said. “(Northwestern) is fully committed to meeting the (governmental) standards relating to these challenging situations through this plan of correction, and I am proud of the efforts of our staff to provide all patients with exceptional care.”

Vermont’s mental health system is overtaxed, and that has manifested itself most prominently in the number of patients who are stuck in hospital emergency rooms while waiting for inpatient psychiatric beds to become available.

Earlier this year, the Vermont Association of Hospitals and Health Systems issued a report showing that psychiatric patients had spent 5,237 days in emergency departments in 2017 – a 67 percent increase from the year before.

There are a variety of factors behind those numbers, but a lack of psychiatric beds is one problem. There is a push to add beds, but it could take years to build a significant amount of treatment capacity.

In the meantime, hospitals are adding psychiatric staff and making physical changes in emergency rooms in an effort to better accommodate mental health patients.

But they are still ill-equipped to care for those patients. A analysis of state records last month by VTDigger found regulatory violations involving 18 mental health patients at six hospitals cited in inspections performed over a nine-month period in 2018.

Those violations included physical altercations, escape attempts, lack of training and inappropriate use of law enforcement and restraint. In one instance, police used a stun gun on a patient at Northeastern Vermont Regional Hospital in St. Johnsbury.

Some of the same issues play out again in the new Northwestern report, which stems from a November state investigation of October incidents involving three mental health patients in the hospital’s emergency department.

The state — which investigates complaints and regulatory compliance on behalf of the federal Centers for Medicare and Medicaid Services — focused mostly on a person identified as “patient No. 1.” That patient came to Northwestern suffering from conditions including anxiety, depression and suicidal thoughts.

The patient was admitted voluntarily. But later that day — as a doctor broke the news that no psychiatric beds were available — the patient began trying to injure himself or herself and threatening to fight staff and police officers who were called to the hospital.

Police used at least one stun gun, though the report indicates that there may have been multiple weapons used. “The patient was taken to the ground via police and placed into handcuffs,” the state report says. “The police then helped the patient get into the bed.”

State investigators later interviewed an emergency department doctor who said stun gun use was “very effective and caused no harm to the patient and/or anyone else.” The doctor also told the state that, “when it comes to restraining, we don’t know how to do that, (and) the police are trained in this.”

The state found other violations involving patient No. 1, including restraints left on too long and the failure of a medical provider to assess the patient after use of restraints. Officials said there also was a lack of hospital follow-up on the stun-gun incident.

“The (hospital’s) Patient Care Committee had ‘determined the use of law enforcement and response to the event was appropriate,’” the inspection report says. “There was a failure to identify that the use of police and utilization of a (stun gun) was not in compliance with regulatory requirements.”

Law enforcement also figured into hospital deficiencies regarding another patient. That person, identified as “patient No. 3,” was “paranoid, scared and was trying to leave” after arriving at the the emergency department in late October.

Later, police were at bedside “talking with (the) patient and keeping patient in bed with redirection and verbal commands,” the state report says.

A hospital administrator later acknowledged that “police should not have been utilized to manage the care of and/or assist in the administration of involuntary medication for patient No. 1 and patient No. 3.”

The state inspection found additional violations regarding a third patient, dubbed “patient No. 5,” who was “exhibiting violent and aggressive behavior” in the emergency department. Hospital staff left restraints on that patient even while he or she was sleeping, officials say.

In response to the inspection’s findings, hospital administrators took a variety of actions including implementing new or revised policies on safe environments for psychiatric patients, staff training for dealing with mental health issues, use of force, and use of law enforcement.

Northwestern also created a “Code Green Security Response Team” for behavioral problems. “This team will receive ongoing education and hands-on training throughout the year to ensure that they are well equipped to intervene in patient care and restraint if necessary,” documents say.

Additionally, Bowen said the hospital is enhancing its partnership with Northwestern Counseling & Support Services. She said Northwestern is also “accelerating renovations within the emergency department to provide a safer room for care of patients with specific needs.”

Thanks for reporting an error with the story, "St. Albans hospital cited for mental health treatment issues"