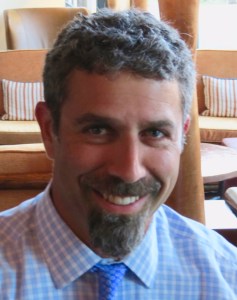 [T]he executive director of the Vermont Ethics Commission has stepped down but he and the commission chair have offered vastly different reasons why the separation occurred.

Brian Leven said he believed the commission exceeded its authority in an advisory opinion involving Gov. Phil Scott issued earlier this year. After taking the executive director job last December, he said he resigned because he and the commission were at odds over what powers the Legislature intended to give the five-member board. The commission formally started Jan. 1.

“It was difficult for me to represent them,” Leven said Monday. “We just had a different interpretation of the scope of the commission’s authority.”

Meanwhile, the chair of the commission said the board and Leven parted ways because of his “work performance.” The job was part-time, 20 hours a week at approximately $35 per hour.

“It was really a matter of getting the tasks done that needed to get done,” said Madeline Motta, the ethics commission chair. She dismissed Leven’s claim that he left because of the advisory opinion involving Scott as “sour grapes.”

The board and Leven “mutually agreed” that he resign at the end of November, Motta said. Leven, a Stowe attorney, has also been in private practice. Larry Novins, a professor at the Vermont Law School since 2002 and who has served as legal counsel for the Office of Professional Regulation for 14 years, has taken over as executive director.

The Vermont Ethics Commission is responsible for taking in, reviewing and referring ethical issues to the appropriate authority. It also prepares an annual report for the Legislature outlining the number of complaints.

Leven said the commission went too far in its advisory opinion over whether Scott has an ongoing conflict of interest because he is owed money by Dubois Construction. Scott was a part-owner before becoming governor and sold his share back to the company after public criticism. Dubois, a Middlesex firm, has done business with the state.

The Vermont Public Interest Research Group filed a complaint with the ethics commission earlier this year. In October, the commission determined the governor had violated the state code of ethics by having an ongoing financial relationship. Scott is owed $2.5 million for his half of the business. The governor called the ethics ruling “a political attack” launched by an advocacy group.

Leven said he believed the commission should have issued a general letter of guidance and not addressed the Scott case specifically, that doing so was beyond what the Legislature gave the commission the power to do. The commission was given no investigatory powers when it was set up and began work Jan.1. 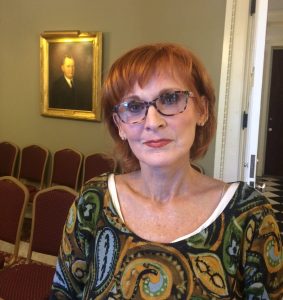 “The commission doesn’t have that authority,” Leven said. “In this case, they should have refrained from weighing in on a specific set of facts and given general advice.” He said it would be “difficult for me to justify that decision” and represent the commission before the Legislature.

Motta disagreed that the commission had gone beyond its authority.

Motta said the volunteer ethics commissioners were doing too much of the administrative work and said Leven had dropped the ball getting the job done and that they wanted someone “more focused on the work.”

“He seemed to want to keep relitigating that” Dubois decision, Motta said. For example, she said the commission had wanted new lawmakers to get an orientation session earlier this month but that “it didn’t happen” despite Leven’s legislative “connections.” Leven previously worked as legal counsel for the Vermont Legislative Council. Motta said she and commissioners had concerns about Leven’s “independence” from his previous employer.

“The work was piling up,” Motta said, adding later, “To rehash an advisory (opinion) I think it’s sad. We’re moving on and will be issuing other advisory opinions.”

“We have a guy now that comes to us with answers, instead of us having to look up the answers and tell the director all the time,” Motta said.

Leven and Motta agreed the commission needed more power in the future, including investigators. The authority and scope of the commission was vigorously debated during the legislative debate.

Motta said she would seek this biennium to have the commission have “examiners” who would investigate complaints brought to the board. She also said the board would be seeking a larger allocation than $120,000 a year.

“We’re just in the first phase of this commission,” Motta said.

Thanks for reporting an error with the story, "As ethics panel director steps down, differing explanations are offer..."