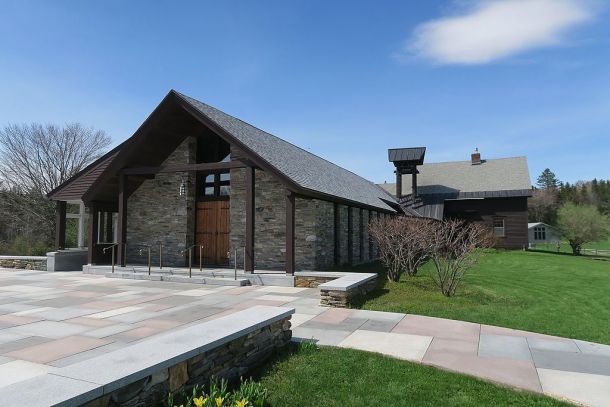 [T]he Vermont Attorney General’s investigation into sex abuse in the Catholic church will include the Weston Priory, following a complaint lodged against the monastery by an alleged victim.

Michael Veitch said he was sexually abused by a visiting priest from Cuba who was staying at the Benedictine monastery in southern Vermont. Veitch said he was assaulted shortly after his father, a devout Catholic, died in 1970 when Veitch was 15 years old.

A few months after his death, Veitch and his brother visited Weston Priory, where their father was buried. The two brothers had helped the monks with farming chores for a few weeks each summer, and Veitch struck up a friendship with a visiting priest from Cuba. Veitch said the priest later assaulted him.

Veitch said the experience profoundly affected his academic performance his junior year at Bellows Falls Union High School and his life went off the rails. He was unable to go to college as a young man and despite years of therapy had three failed marriages. Veitch worked for many years as a recycling advocate at Vermont Public Interest Research Group. 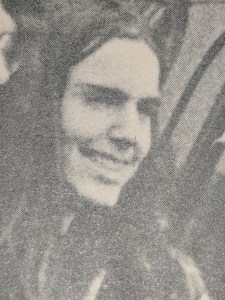 Veitch filed his complaint with Attorney General’s Office after TJ Donovan announced he would open an investigation into sex abuse by members of the Vermont Catholic Church, including a probe of St. Joseph’s Orphanage in Burlington in the wake of an expose in Buzzfeed that detailed allegations of murder, physical and sexual abuse of children at the orphanage over three decades, starting in the 1940s.

Recent revelations of abuse by members of the Catholic Church in Pennsylvania triggered memories for Veitch, he said, and left him emotional and physically ill from PTSD.

A grand jury investigation in Pennsylvania that detailed how more than 300 Catholic Church clerics abused 1,000 children over seven decades and how church superiors covered up the crimes. Pennsylvania prosecutors empaneled a grand jury and examined more than 1 million documents held by church officials that had not been previously released to the public.

While Donovan said at his announcement that law enforcement investigators would look at “larger issues,” he did not specify how a probe beyond the St. Joseph’s Orphanage would proceed. In New Jersey, a victim hotline was overwhelmed with complaints.

Donovan has not said whether a grand jury will be empanelled or whether his office will demand the release of internal investigations conducted by the Catholic Church.

Frustrated by an apparent lack of concrete action, Veitch demanded that Donovan set up a hotline and expand the investigation to include any abuses by Catholic clerics across the state of Vermont.

Veitch says it is vitally important for victims to have an opportunity tell their stories and seek justice. While the Catholic Church has settled with a handful of victims, Veitch says many victims signed non-disclosure agreements and others who could not afford to sue have not yet come forward to tell their stories.

When news of the Pennsylvania grand jury investigation broke, Veitch says, “I got really angry, I started vomiting and curled up for a day.” He sought help from Catholic Charities, an arm of the church that runs a counseling service for survivors of abuse, and then wrote a letter asking to speak with Bishop Christopher Coyne in August, but never heard back.

When the St. Joseph’s Orphanage story broke, Veitch stepped up his efforts to reach Coyne and also sent letters to Donovan, asking him to take more aggressive steps to investigate abuses by priests in Vermont.

“I thought the orphanage was a diversion from what really needs to be done,” Veitch said. 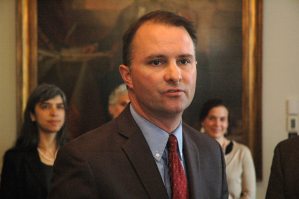 Veitch urged Donovan to set up a hotline for victims and questions why the Vermont Attorney General’s office has not done more to solicit information from the public. He has also asked Bishop Christopher Coyne to release church documents, such as internal investigations of priest abuse, to the public. And he has asked the church to reach out to victims who are no longer practicing Catholics.

In a phone interview Tuesday, Donovan remained mum about the specifics of his probe, except to say he was “aware of the letter” from Veitch.

Because the investigation was initially focused on St. Joseph’s, Donovan said the Burlington Police Department would be processing complaints from around the state.

Donovan would not say how many people have contacted his office with complaints since the press conference announcing the investigation.

“We’re working through it and responding to everybody who contacts us,” he said.

Veitch said he has not yet heard from the Vermont State Police or the Vermont Attorney General’s Office.

When asked if his office would demand release of internal investigations of abuse allegations conducted by the Catholic Church, Donovan said he “didn’t want to compare Vermont’s investigation to other investigations.”

“We’re going to do our job and do a thorough investigation,” Donovan said. “Certainly the focus started with murder allegations at St. Joseph’s. We have received calls outside of that location and we will look into every allegation we receive.”

The Rev. Monsignor John McDermott, the vicar general of the Roman Catholic Diocese of Burlington, in an interview Tuesday says the diocese will cooperate with the Vermont Attorney General’s office “in any way.” 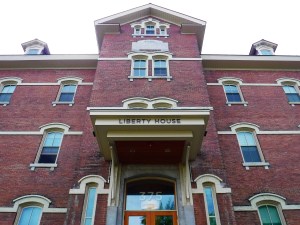 Liberty House is the new name for the Burlington building once known as St. Joseph’s Orphanage. Photo by Kevin O’Connor/VTDigger

“If the Vermont Attorney General decides to expand the investigation we will cooperate to the best of our ability,” McDermott said.

As soon as Veitch’s allegations came to the church’s attention, McDermott said the church reported the information to the Vermont State Police.

“The church has made every effort to reach out to Mr. Veitch and put him in touch with the Weston Priory,” McDermott said. The priory is an independent Catholic Benedictine Monastery, he said.

Veitch is critical of the church’s efforts to reach out to potential victims and says the diocese should do more than simply put up posters in parishes.

“It’s people like me who they are not reaching that’s where they’re failing,” Veitch said.

McDermott says the posters are an appropriate form of outreach.

“I don’t want to make it sound like we’re not doing anything,” McDermott said. “But we don’t know who they are.”

An expanded investigation by the Vermont Attorney General’s Office “might be a way for us to reach more people,” McDermott said. “We will be open to listen to their stories.”

He said the church has offered healing services for victims and will continue to provide outreach.

Thanks for reporting an error with the story, "Catholic Church abuse probe to include Weston Priory"