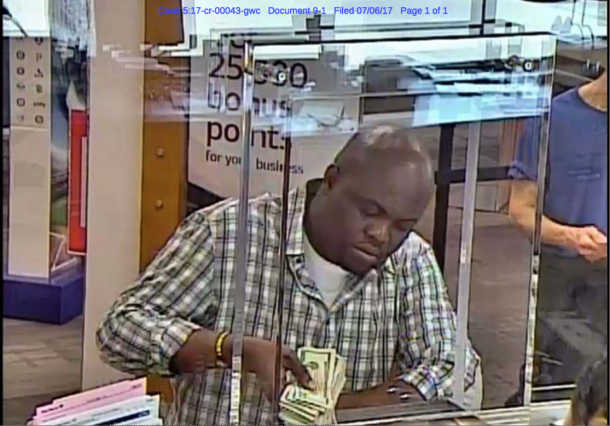 A bank surveillance photo of Eneye Dania filed in the federal criminal case alleging he and another man committed wire fraud.

Two Nigerian men have been sentenced to a combined 31 months in prison over a “spearfishing” email scheme seeking to steal personal information from Vermont state employees and file fraudulent tax returns.

Eneye Dania, 31, was sentenced to 17 months, while Osariemen Isibor, 32, will serve 14 months. Both men will be returned to Nigeria after completing prison time.

The two men pleaded guilty to charges of wire fraud in U.S. District Court in Rutland in March. Federal officials say Dania and Isibor sent emails to employees of local governments, colleges and universities designed to look like they were sent from human resource departments.

The emails gave the impression that employees were being provided information about how to file their taxes, with a fake link promising access to payroll and tax withholding data. That link instead went to a page operated by members of the scheme, who captured login credentials.

The men subsequently used the information to access the real accounts of employees, and then attempted to file fake tax returns, with the hopes of receiving a tax refund. The Internal Revenue Service blocked most of the fraudulent filings before refunds were issued.

Court filings show a surveillance camera image from a Texas bank, where Dania is seen depositing $17,500 into an account in Isibor’s name.

Vermont Tax Commissioner Kaj Samson told VTDigger in March that no Vermont tax refunds were paid out to the perpetrators.

Both Dania and Isibor participated in the email scheme while in Nigeria, and then travelled to the U.S. after committing the crime, according the U.S. Department of Justice statement on the sentencing released Wednesday.

The case was investigated by Vermont-based FBI cyber agents and the investigators from the Internal Revenue Service.

Thanks for reporting an error with the story, "Nigerian men sentenced in Vermont ‘spearfishing’ email scheme"