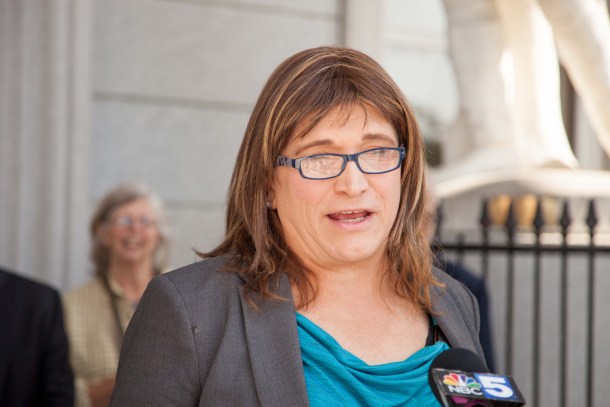 Members of Vermont's Progressive Party decided over the weekend not to endorse the Democratic contender in the race, Christine Hallquist, over her positions on taxes and health care, despite not running a candidate of their own.

Hallquist, whose campaign said she was open to receiving the Progressive nomination, received only 71 write-in votes on Progressive ballots cast in last week’s primaries, which was tops among Democrats but less than the 131 votes cast for Gov. Phil Scott.

The last time Progressives formally endorsed a candidate was in 2008, when Sen. Anthony Pollina ran for the office as an independent.

Pollina, P/D-Washington, who is now chair of the Vermont Progressive Party, said that while Hallquist expressed "progressive values" during her primary campaign, she also gave the party "mixed messages" around some issues including taxes and health care.

Hallquist supports a single payer health care system in Vermont as part of a multi-state coalition, but Pollina said Progressives would prefer a “clearer path” to a statewide system that did not require cooperation of other states.

He also highlighted a recent radio interview in which Hallquist said she and Scott share the “same general position” on taxes.

Most Democrats and Progressives have opposed Scott’s pledge to categorically oppose new taxes and fees, a promise Scott made in his first two-year term that led him to veto proposals including a $15 minimum wage and a statewide paid family leave program.

Cameron Russell, Hallquist’s campaign manager, said she wasn’t surprised to hear she hadn’t received the Progressive nomination. But he stressed that the candidate has touted progressive priorities like a Medicare-for-all and redesigning Vermont’s tax structure to increase the burden on high-income earners.

Russell said Hallquist would never stand in the way of a statewide single payer system, if it was feasible. However, she believes forming a coalition is the most practical, and fastest, way to achieve health care reform.

He added that contrary to how it came across in her interview on Friday, her stance on taxes is quite different from the incumbent governor’s.

“She's not going to come out the gate saying we should raise everybody's taxes,” he said. “I think that's what she meant, but I don't think she followed that up by saying how she and Phil very much differ in their viewpoint.”

He said Hallquist would be in favor of moving away from the property tax and toward an income tax-based formula to pay for education in Vermont.

“I think the fact of the matter is Phil's ‘no new taxes’ remark is, in effect, taxing Vermont's lowest earners. She recognizes that we need to take a look at a more progressive tax structure,” Russell said. 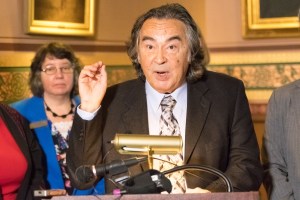 Although Hallquist didn’t receive the Progressive Party’s nomination, she hopes an endorsement from the party could still be on the table in the coming months, Russell added.

Pollina said the party might decide to back Hallquist before the general election.

“I think at this point people are just interested in taking more time to evaluate where she's at in terms of these particular policy issues,” he said.

The senator added that he expects she’ll receive broad support from progressive voters regardless, but not necessarily the party’s endorsement.

“It means a lot to nominate a candidate. And I think if people want to earn the nomination of the Vermont Progressive Party they really have to be clear about expressing progressive values,” he said. “We're not going to give away those nominations or those endorsements.”

Vermont’s Progressive Party hasn’t formally endorsed a candidate for governor in a decade, and it declined to run candidates in 2010, 2012 and 2014, largely because Gov. Peter Shumlin, who won each of those contests, had promised to deliver on a statewide single-payer health care system and to close down Vermont Yankee. Running Progressive candidates risks splitting the vote on the left.

But Shumlin abandoned the single-payer plan shortly after he was re-elected to his third term in 2014.

“We made a point of not running a Progressive in years past because of Shumlin’s assurances he was going to make universal health care happen in our state, and then he went back on that promise,” Kelly Mangan, then-director of the Vermont Progressive Party, told VTDigger in 2016.

Zuckerman said he expects that with Sanders at the top of the ticket, and mounting anger against President Donald Trump, Progressive voters in Vermont will turn out to the polls in the high numbers in November.

He said Progressives are also dissatisfied with Scott, and in particular his decisions to stifle the minimum wage and paid family leave proposals in the last legislative session.

"Whether they are voting for Christine or against Gov. Scott, I think it's going to be a larger block this year than it was two years ago," he said.

Thanks for reporting an error with the story, "Progressives don’t endorse Hallquist, but won’t rule it out"