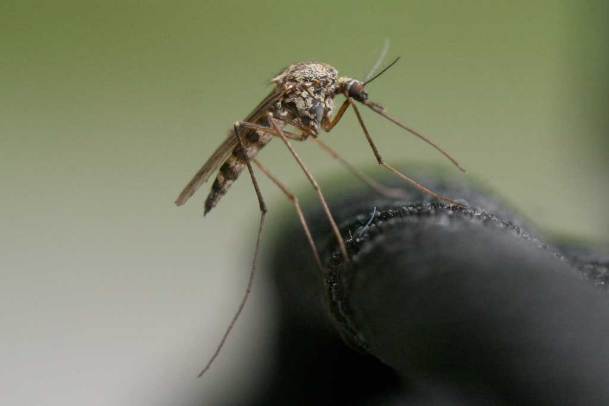 West Nile virus-carrying mosquitoes have been found in six Vermont towns this summer. Photo by Arthur Chapman via Flikr

This staff report was published by the Valley News on July 26.

[H]ARTFORD — Three towns in the Upper Valley are among the six Vermont towns where state officials have found mosquitoes carrying West Nile virus, which can infect people and cause flu-like symptoms and more serious illness in rarer cases.

Health Department officials announced last month that they, in collaboration with the Agency of Agriculture, had found the first mosquitoes of the season carrying West Nile in Springfield.

Now, in its most recent surveillance report for last week, the state reports that it also has found mosquitoes testing positive for the disease in Danville, Hartford, Rockingham, Sudbury and Weathersfield.

So far no animals or people have tested positive for the virus, which is transmitted through bites from infected mosquitoes.

The New Hampshire Department of Health, in a Wednesday press release, also announced that it has found mosquitoes carrying the disease in Manchester.

New Hampshire State Epidemiologist Benjamin Chan, in the release, urged people to avoid bites from infected mosquito bites by using a mosquito repellant that contains 30 percent DEET, avoiding being outdoors at dawn and dusk, and removing standing water — where mosquitoes reproduce — from around homes.

Symptoms of the virus, if they appear, usually do so within a week after an infected mosquito bites a person. Such symptoms can include fever, muscle aches, headaches and fatigue. A small percentage of people infected with the virus can develop more serious central nervous system disease, including meningitis or encephalitis.

Those experiencing symptoms should contact their medical provider, according to the release.

Thanks for reporting an error with the story, "West Nile virus found in five more towns in Vermont"