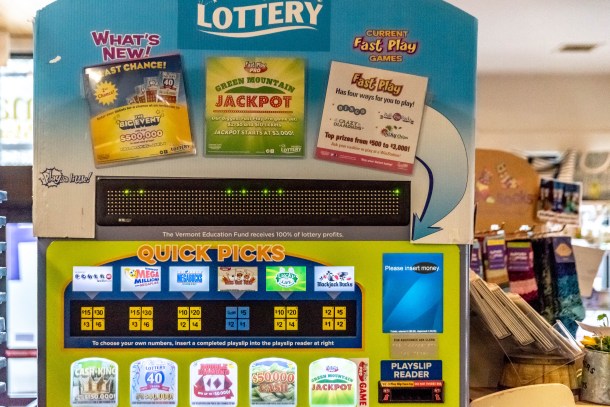 Vermont Lottery numbers games are sold at a kiosk in a convenience store. Photo by Bob LoCicero/VTDigger

[G]ov. Phil Scott has asked the director of the state’s lottery, Danny Rachek, to make sure Vermonters can trust the system’s fairness after a VTDigger investigation showed that store owners and clerks are claiming winnings with remarkable frequency.

“The Governor has asked Director Rachek -- who has a great deal of experience in investigations -- to verify and confirm the integrity of our Lottery is intact,” Rebecca Kelley, the governor’s spokesperson, said in an email Monday evening.

Rachek was named director of the lottery in November. Before that, he was the FBI’s top official in Vermont and had a background leading embezzlement investigations.

“Vermonters who choose to play the lottery in support of our education fund have a right to know it is fair,” Kelley said.

The Vermont Attorney General’s office did not respond to emailed questions yesterday about whether it would be looking into the findings.

When presented with some of these findings in February, Rachek said he saw no reason for concern.

“If you estimate how much we gave out in value in that time period, I don’t think we’re talking about a high percentage,” he said. 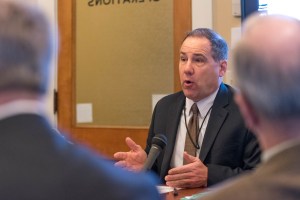 VTDigger’s investigation, published on Sunday, found that at least 117 retailers, or those close to them, had won a major lottery prize -- defined as $600 or more, between 2011 and 2016. Collectively, they won nearly $1.8 million.

While there has been at least one case of an employee being prosecuted for gaming the system by inflating bottle redemption receipts to buy lottery tickets, in most cases VTDigger did not find direct evidence of wrongdoing.

A number of states, however, ban store employees from purchasing tickets to remove the temptation of cheating. A nationwide project by PennLive sought to explain how certain individuals were gaming the system.

In some jurisdictions, cashiers were ringing up sales for popular items like beer and gasoline as lottery purchases and then grabbing a corresponding amount of tickets. Other players were found to be cashing claims for others to help them avoid paying child-support judgments or other government debts that would wipe out their winnings.

In the case of Durant and others, the odds of their repeated winning was so low that it seems something more than good fortune was at play, according to experts who reviewed lottery data compiled by VTDigger.

“It’s just too lucky,” University of California-Berkeley statistics professor Phillip Stark said of the winning ways of Julie Messier, who won at least 30 instant tickets of $500 or more from 2011 to 2016.

Stark found that Messier and everyone else in Vermont would have to spend $363,000 to have even a one-in-a-million chance of winning as often as Messier did.

Some of Vermont’s most successful players have claimed at least $1,000 on numerous occasions.

Rachek took the helm of the lottery last November after the position had been vacant since 2016, when Greg Smith resigned. Smith, who is now acting director of the Illinois Lottery, declined a request for an interview.

Sabina Haskell, chair of the state lottery commission, and Jeff Cavender, the commission’s marketing director, also said the findings were nothing to worry about. Haskell emphasized the need to consider the big winners in the context of the lottery’s overall payout.

“That doesn’t strike me as odd,” she said last week in response to the findings.

Thanks for reporting an error with the story, "Governor seeks to confirm lottery’s integrity after VTDigger invest..."

Madeleine Kunin: We must find an end to this horrific slaughter 

Will Staats: Why would we abandon science in Vermont’s wildlife management? 

Farnum & Post: VSECU forum on the proposed merger did not persuade us

James Dumont: Real progress can be made without the clean heat standard