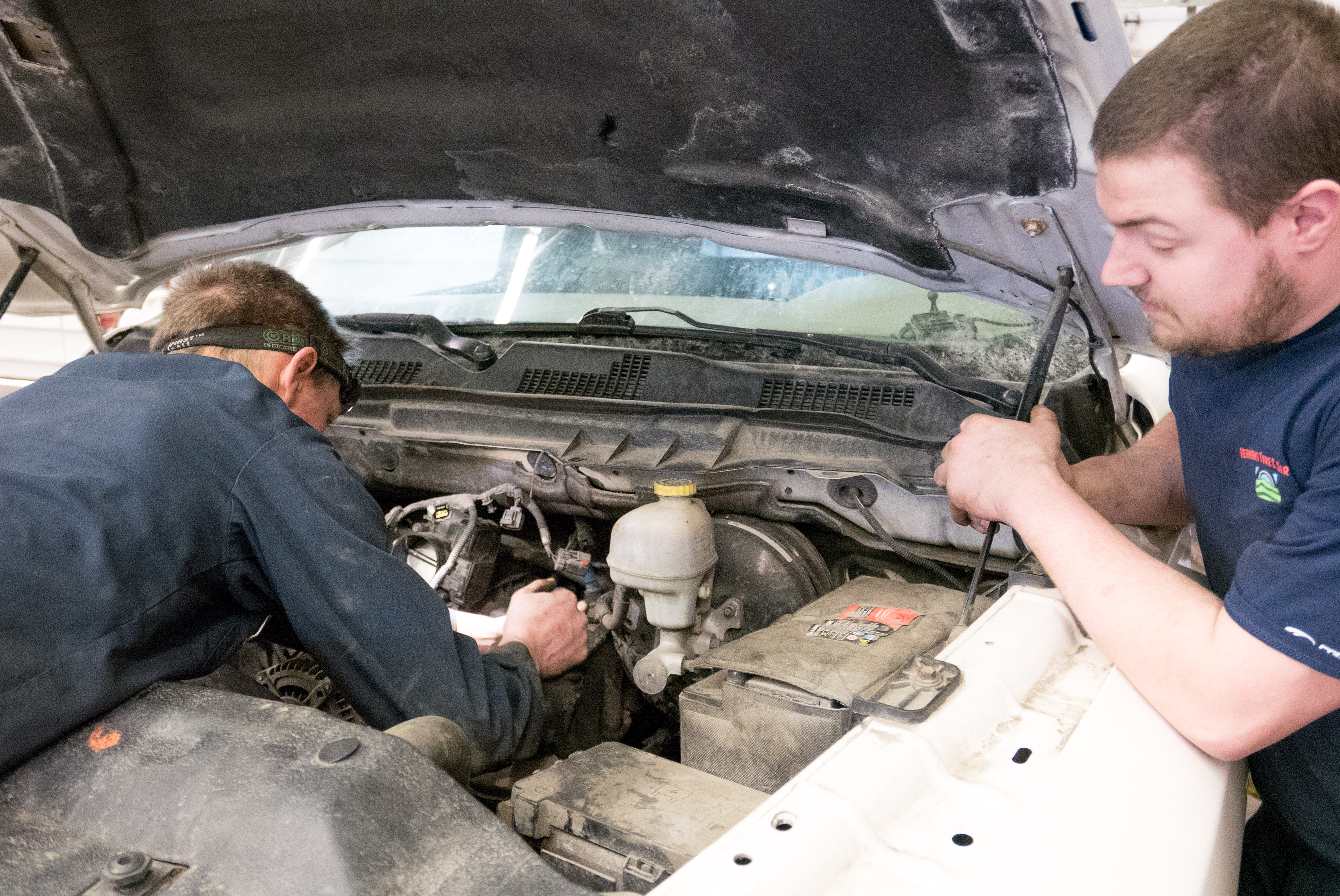 [V]ermont is moving to relax motor vehicle inspection standards a year after the rollout of an electronic database system that many believe unfairly burdens drivers, especially lower-income residents with older cars.

Last March, the Department of Motor Vehicles instituted a new rule requiring mechanics at inspection stations to upload their results through an electronic database, eliminating a decades-old system of paper filing.

But the electronic system, known as the Automated Vehicle Inspection Program (AVIP), has spurred an onslaught of criticism and concern from consumers and politicians alike, who say it has increased the financial burden low-income drivers must bear in order to pass an inspection.

Before AVIP, critics say, mechanics could use “common sense” to pass vehicles that had issues unrelated to safety or emissions, such as a busted tail light, rust or a broken rear windshield wiper.

Now, mechanics have no choice but to crack down on drivers for these types of violations.

“From what I hear on the ground in the rural, working-class community where I live, this is one of the major issues that people talk about, right up there with property taxes and school funding,” said Ben Hewitt, a writer and farmer in Stannard who wrote a VTDigger commentary about the inspection system earlier this year. “They are talking about vehicle inspections and how much it costs to keep their rig on the road.”

The state is now working to mitigate the effects of the system’s rollout. Multiple proposals to loosen inspection restrictions are pending in the Legislature, while the DMV, with the support of Gov. Phil Scott, is working to rewrite its inspection manual.

Meanwhile, drivers and inspectors continue to deal with the effects of the AVIP system.

Hewitt said that since buying his first car as a teenager, he’s purchased older vehicles to save money. “When you drive older vehicles in Vermont, you always have this peripheral awareness and anxiety about the inspectability of your vehicle,” he said. “It’s always this sense of relief to get the inspection sticker and not have to worry about it for another year.”

Hewitt said he’s had to get three repairs in the past year in order to keep his vehicles in compliance: installing wheels with tire pressure monitoring systems; fixing accessory fog lights; and resetting his traction control system. His traction control was functional, he said, but an electronic bug that registered in his car’s computer triggered an inspection failure.

All three are examples of components vehicles don’t need in order to pass inspection — but under Vermont’s current standards, if a car has them, they must be in working order.

Hewitt said that the enhanced enforcement of the DMV’s rules amounts to a “regressive tax” on low-income Vermonters.

Before adoption of the new system, he said, his mechanic would have been more lenient about these optional features. “They would have been much more inclined to say, ‘I know that is not a necessary safety component, so I’m going to let it slide.’”

“I’m glad to be supporting my mechanic — I want him to have a viable income,” he quipped. “But I also know that there are many other people in tougher situations than ourselves. They have to make the choice between getting their rig fixed, or not getting it inspected and risking fines, and simple necessities like food on the table, medical care, oil for the furnace.” 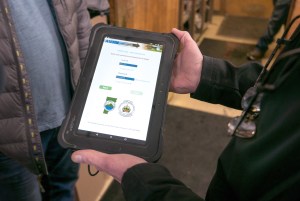 His shops have always conducted inspections “by the book,” Rochefort said. But he recognizes that previously, some drivers would seek out mechanics who were more likely to pass their vehicles.

“There have been cars that have come here with obvious safety problems, and we tell them what needs to be done, and they say, ‘don’t worry, I’ve got a guy,’” Rochefort said. “Then I see the car driving around with a sticker. That’s led to some life-threatening problems.”

Rochefort said a DMV policy shift that he believes to be even more significant than the database was a one-year waiver — now extended for a second year — that allows vehicles with emissions violations to pass inspection anyway.

Emissions issues are “potentially the most expensive to fix, and arguably the least directly affecting safety,” Rochefort said. The temporary waiver, which the DMV instituted after hearing concerns over the AVIP rollout, has brought down the average cost of inspection-related repair bills for Vermont Tire’s customers.

Eric Provost, who owns Twisted Wrench in South Burlington, agreed that the waiver has let many customers with emissions problems off the hook.

But he said that the AVIP system may be missing the mark when it comes to accurate data collection.

Because shops get charged a $2.21 data fee for any inspection they conduct through the digital system, his shop and others conduct “pre-inspections.” If inspectors determine a vehicle is likely to fail, they won’t even start a formal inspection using the electronic tablet required by the state, he said.

As a result, the DMV database may not be collecting information about why cars tend to fail inspections.

This practice is “clearly problematic,” said Scott Davidson, the DMV’s chief inspector. “It defeats the whole purpose of collecting data if it’s not going to be accurate.”

“Collecting data … allows us to be able to take a look at the manual and what sections need to be more closely examined, where can we do better, how can we improve the inspection system,” he said.

Before Vermont adopted it, the only other state that hadn’t started digitally compiling vehicle inspection data was Maine.

Davidson said the DMV has wrapped up rewriting its inspections rulebook. The new rules, which could go into effect as early as next year, would prevent many problems that aren’t related to vehicle safety from causing failed inspections.

“We were hearing the concerns of Vermonters,” Davidson said. “A lot of folks were saying, ‘Geez, I shouldn’t fail because of non-safety-related, non-critical items,’ and we agree.”

In general, the manual was outdated, according to Davidson, and needed to be updated with clearer, more informative language.

At a press conference last week, the governor acknowledged that the system rolled out last year “still needs some work.” He said his administration supported the DMV in making changes to the inspection manual.

Davidson said that under the proposed rules, rusted brake rotors, a common problem in many vehicles, wouldn’t lead to automatic inspection failures. Neither could a broken rear windshield wiper, nor a busted tail light, in most cases. Inspectors would also have more flexibility when deciding whether to pass vehicles with windshield damage.

An inspector would advise the vehicle’s owner to fix these problems, but immediately taking care of them wouldn’t be a requirement for receiving an inspection sticker.

Meanwhile, a number of proposals pending in the Legislature aim to protect consumers from increased costs related to the electronic system’s rollout. 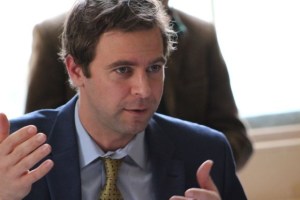 On Friday, the Senate passed a bill, S.272, that would allow mechanics to pass vehicles as long as they meet safety-related standards.

“We are grateful to the leadership at the Department of Motor Vehicles for working with us to come up with a fairer approach that will save Vermonters money without sacrificing public safety,” he said.

While the DMV can change its rules without new legislation, Davidson said he still hopes the Senate’s bill is passed into law.

“I think by passing a bill, it ensures that this job gets done right.”

Vermonters discuss the effects of the new inspection system on this week's Deeper Dig podcast:

Thanks for reporting an error with the story, "State moves to ease vehicle inspection rules after complaints"