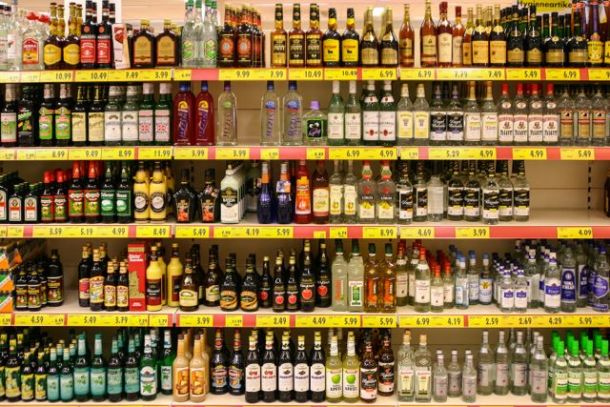 [T]he Vermont House on Wednesday approved the merger of the Vermont Lottery Commission and the Department of Liquor Control.

The bill, H.571, which would create the Department of Liquor and Lottery, would allow for the sharing of resources and could lead to long-term savings, the bills sponsors said.

“This particular merger does not necessarily save a ton of money upfront, but it may save money later on through efficiencies,” Rep. Tom Stevens, D-Waterbury, told fellow House members on Tuesday.

It is not, in fact, clear how much would be saved by the merger. A legislative report released in January found that combining the two departments could allow for streamlining the licensing process for businesses that sell both lottery tickets and liquor. A combined lottery and liquor control agency also could lead to “a more robust and efficient training system for all licensees,” the report said.

Stevens said the merger would not immediately affect the 55 employees currently working for the Department of Liquor Control, or the 21 state lottery employees, but positions could be eliminated over time, through attrition.

The report was the work of a six-member task force lawmakers created in April last year following a House vote rescinding an executive order by Gov. Phil Scott combining the departments.

Stevens said in an interview that Scott’s order met with opposition at the time, because “it had not been thought through.”

“When you’re merging two businesses that are going to turn into a $200 million business … you have to put it into the legislative process,” Stevens said. 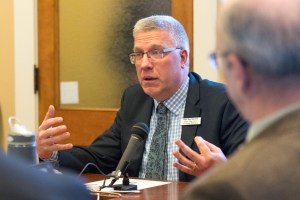 Rep. Tom Stevens, D-Waterbury, testifies on the merger of the Liquor Control Board and the Lottery Commission. File photo by Bob LoCicero/VTDigger

The “$200 million business” is a reference to the gross income that has been estimated would be generated by the merged departments. State lottery sales generated about $122 million in revenue in fiscal year 2017, $25.5 million of which went to the education fund. The Department of Liquor Control reported $87 million in revenue from alcohol sales, licensing fees and fines, about $25 million of which went to the state general fund.

“We are pleased to see the Legislature ultimately support the governor’s recommendation to merge these two state entities,” she said. “As the administration works to modernize government to increase efficiency and provide better service to Vermonters, this merger is another positive step forward.”

There are limits to the resources the two departments will share. Lottery and liquor have different distribution models, for example. The Department of Liquor Control uses state-owned trucks to make deliveries to the state’s 80 liquor stores. The lottery relies on UPS for deliveries to 650 locations, according to the task force report.

The Department of Liquor and Lottery will continue to operate out of two separate buildings, for now. Once operations are centralized, Stevens said, “deeper savings” would be realized.

“Some functions may not be able to merge until a new facility is constructed or located,” the report said.

The bill is now headed for the Senate Committee on Economic Development. Stevens said he is confident of Senate approval.

Thanks for reporting an error with the story, "House approves merger of lottery and liquor control"