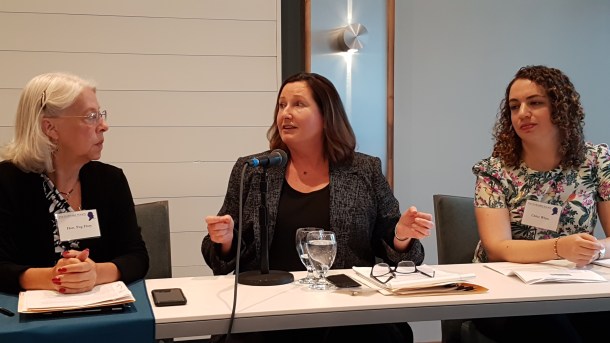 Lawmakers discussing legalizing marijuana in Vermont have not taken into account the drug’s prohibition at the federal level, a state senator said Wednesday.

Sen. Peg Flory, R-Rutland, spoke on a panel that discussed conflicts between state and federal marijuana laws. The panel was hosted by the Vermont chapter of the Federalist Society, a conservative membership organization that supports limited government.

The event, open to the public, was largely geared toward lawyers. Thomas Little, who represented Shelburne in the Vermont House from 1992 to 2002, moderated the discussion.

Earlier this year, the Legislature approved a bill — ultimately vetoed by Gov. Phil Scott — that would have allowed Vermont adults to possess small quantities of pot and to grow a limited number of plants.

Attorney Mary Beth Buchanan, a former federal prosecutor, said that, despite the spreading legalization of medical and recreational marijuana at the state level, its use is still prohibited by federal law.

Under the Obama administration, the Department of Justice declined to interfere with states’ legalization efforts.

Jonathan Adler, a law professor at Case Western Reserve University, said that even if the federal government wanted to crack down, it would have a hard time doing so. Adler said that as a practical matter, the feds simply don’t have the resources.

But, Adler said, there are a host of other problems besides federal raids that states legalizing marijuana need to consider. Adler said banks and other financial institutions usually want to stay as far away as possible from backing the commercial production, transportation, or sale of marijuana.

That makes it hard for companies involved in marijuana, regardless of what state they operate in, to get loans or insurance. Adler said there’s also a question of whether lawyers, accountants, and other professionals bound by codes of conduct should offer their services to such companies.

“Can a lawyer, for example, draw up papers for a client to create an LLC that’s going to be a marijuana dispensary?” Adler asked. “That’s still illegal under federal law, and under the code of professional responsibility in every state, you cannot counsel a client about how to engage in an activity that will involve a violation of law.” 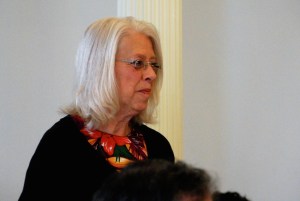 Flory, an attorney, said that some of the problems Adler mentioned have been sticking points in Vermont’s legalization efforts.

For instance, Flory said the Legislature anticipated medical marijuana dispensaries would be able to have nonprofit tax status, but “that didn’t happen.”

“There’s no nonprofit in their right mind that is is going to try to get the federal tax benefits for having something that’s federally against the law,” Flory said. “It just didn’t click with us — the bind we were putting them through when you’ve got the tension between state law being this and federal law being exactly the opposite.”

Drug testing for commercial driver’s licenses is also governed by federal law, Flory said, as is financing for many personal and business loans.

“What happens if you have a Farmers Home (Administration) loan or a G.I. federally funded loan?” Flory asked. “If the feds decide to enforce (the prohibition of marijuana), can they come in and call in your mortgage?”

Flory said the deep interconnections Vermont and its citizens have with federal laws and programs means that “this whole issue is unresolved because you don’t know what the feds are going to do.”

Chloé White, policy director of the Vermont ACLU, said she recognized the concerns about state-federal conflict.

Still, she said “the ACLU as a whole, nationally, is for decriminalization and ultimately legalization of marijuana.”

“When it comes to marijuana,” she added, “we see that other states have implemented legalization and taxation and regulation successfully and there hasn’t been — of course we have a new administration — an enormous crackdown.”

White said she thinks states can serve as “bastions of innovation.”

After the panel discussion ended, Little said he thinks the biggest challenge of legalizing marijuana in Vermont is identifying unintended consequences, including conflicts with federal laws.

Thanks for reporting an error with the story, "Experts: Legal pot in Vermont would conflict with federal law"