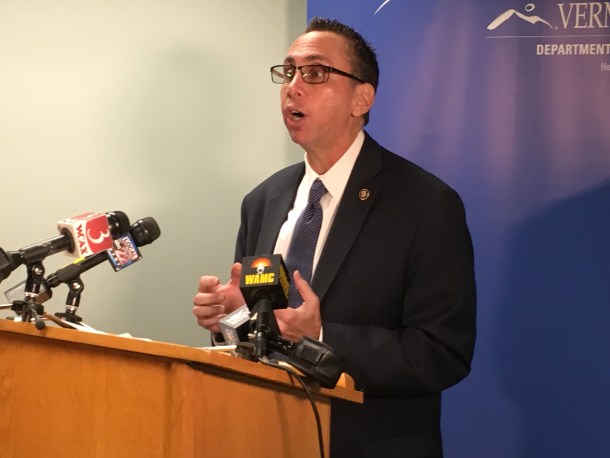 [B]URLINGTON — Vermont’s opiate addiction treatment system is winning praise from a top White House official at the same time the governor and his administration are looking to shield that program from looming cuts in federal spending.

Richard Baum, acting director of the Office for National Drug Control Policy — the position often referred to as America’s drug czar — is spending two days in Vermont to examine the state’s “hub and spoke” model for addiction treatment.

The model uses large centralized clinics to funnel people into drug treatment. Once their lives have stabilized, it helps them find ongoing treatment with a doctor in a “spoke” medical practice.

Both the hubs and the spokes offer medication-assisted treatment, which is the combination of therapy and drugs — typically methadone or buprenorphine — that dull the craving for heroin or other illicit opiates without providing the same high.

Baum said medication-assisted treatment is the best evidence-based practice for addressing opiate addiction. He lavished praise on Vermont for its success in making it widely available, calling hub and spoke an “incredibly valuable national model.”

This epidemic has yet to peak, Baum said, noting that opiate overdose deaths continue to rise in the United States. That makes it even more critical for his office to understand what’s working in Vermont, he said.

Fatal opiate overdoses reached a record high in Vermont last year, and preliminary figures suggest this year could be worse. Still, figures show that from 2010 to 2015, Vermont had a slower rate of increase in overdose deaths than any other New England state.

Baum said Vermont has the highest per-capita opiate treatment capacity of any state. It’s one of three states that the National Safety Council deemed to have sufficient treatment capacity, and one of four states the council deem to be making progress on opiate policy, according to Baum.

However, the success of Vermont’s hub and spoke program is predicated on Medicaid dollars, which pay for 6,500 people in the state to receive medication-assisted treatment. Medicaid is a health insurance program for low-income people that is administered by states; it receives roughly half its funding from the federal government.

“Up to this point, the work we’ve done to get Vermonters access to treatment is made possible by close collaboration with our federal partners, particularly through Medicaid funding,” said Gov. Phil Scott at a news conference Monday.

The state estimates the House bill would require $200 million in cuts to Vermont’s Medicaid program. Vermont Human Services Secretary Al Gobeille said such deep cuts would affect all aspects of Medicaid in Vermont.

Baum sought to assuage fears of federal cuts to addiction treatment funding. “Please know the administration in Washington is aware of and supports what you have accomplished,” he said.

“We certainly understand how important federal treatment dollars are,” he added, saying he would continue to advocate in Washington for more treatment spending.

Thanks for reporting an error with the story, "Drug czar hails state opiate response even as federal cuts loom"