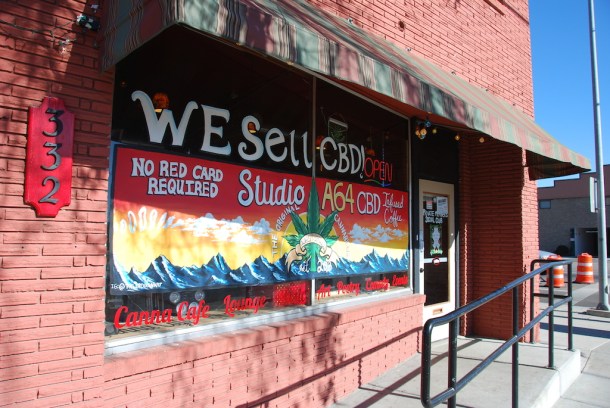 Studio A64, a cannabis club in Colorado Springs. Photo by Elizabeth Hewitt/VTDigger

[C]OLORADO SPRINGS — Not everyone in Colorado embraces Amendment 64.

Seventy miles south of Denver, the state’s second largest city has opted not to participate in the state's regulated recreational marijuana market. Only medical dispensaries are permitted to operate within the city’s boundaries.

To many locals, the policy is not surprising. Colorado Springs, population 440,000, has a conservative reputation — according to a study by MIT and UCLA researchers, it is the fourth most conservative city in the country.

The city is home to five military bases, and hosts the headquarters of the conservative Christian policy think tank Focus on the Family. Though Clinton won the state, Trump was the clear favorite in El Paso County, which includes Colorado Springs; he won 56 percent of the vote there to Clinton’s 34 percent.

In Colorado Springs, where recreational sales are banned, businesses and the city are in a tug-of-war to define the fringes of the law. 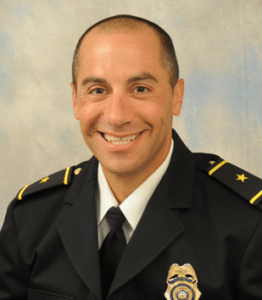 City Mayor John Suthers, who served as the state’s attorney general for 10 years, has been an opponent of legalization of marijuana.

The city made the decision not to embrace recreational marijuana before Suthers became mayor. He said their decision was informed in part by concerns about the impact of making the drug more readily available.

Another issue, unique to Colorado Springs, related to whether legalization would influence the city’s relationship with the military. Some officers in the community worried that recreational marijuana could be viewed unfavorably by the Pentagon, he said.

“I think there was a notion that Colorado Springs probably wanted to send a message that we weren’t embracing getting high for fun,” Suthers said.

Suthers said that in some ways the decision to opt out of recreational marijuana has been successful.

“It worked in the sense that Colorado Springs has a reputation of not being very marijuana friendly, and I think that was one of the goals of the city council,” Suthers said.

He noted that there are many medical marijuana dispensaries, and plenty of customers with cardholders. The city currently has a moratorium in place on allowing new dispensaries. Suthers would not be surprised if that is extended.

The city has not been immune from issues related to legalization. Suthers sees Colorado’s statewide allowance of homegrown marijuana as a major challenge. (The state constitution gives residents the right to possess six plants each. Medical patients can possess up to 99 plants, depending on approval from a doctor.)

The city restricts homegrown marijuana to 12 plants per home, but, Suthers noted, the cap is difficult to regulate. There is potential for product to be diverted into illegal sales, he said, what officials refer to as the “gray market.”

“Once you allow residential grows, it’s really hard to put any limits on it because it becomes largely unenforceable,” Suthers said.

There are no recreational dispensaries in the city limits, though there are two just across the Colorado Springs city line to the west, in the neighboring town of Manitou Springs.

Colorado has been host to more than a dozen cannabis clubs. Customers at the clubs pay a membership fee — at one club, the daily membership is $5 — and sign a contract that states the club is growing their constitutionally allowed six plants on their behalf.

The clubs operate in a legal limbo of Colorado state law, which prohibits consumption of marijuana “openly and publicly.” Private membership clubs, however, have gotten around that.

They have so far circumvented Colorado Spring’s ban on recreational sales by operating on a “reimbursement model,” in which the clubs are paid for the cost of producing marijuana.

Suthers doesn’t buy the club’s argument. He said it was clear the cannabis clubs in Colorado Springs were breaking the law: “As of right now, they’re operating illegally,” he said. 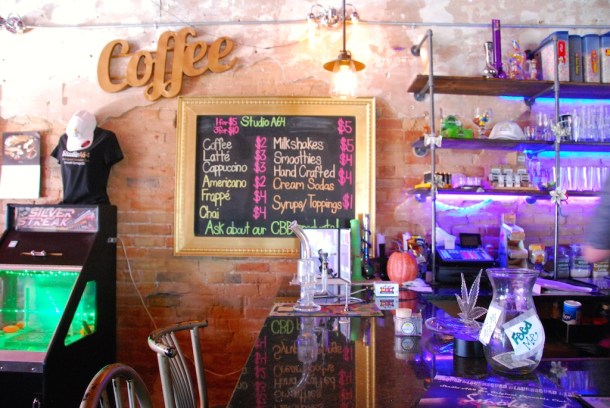 The counter at Studio A64, a cannabis club in Colorado Springs. Photo by Elizabeth Hewitt/VTDigger

”Where everybody knows your name”

Frank Sinatra crooned classics over the stereo at Studio A64 on a bright Thursday morning as Wanda Stark sipped coffee at the black granite bar and chatted with a couple employees.

A little more than a year ago, Stark and Ambur Racek bought Studio A64 — a private club where patrons can smoke pot, drink a cannabidiol-infused milkshake, or simply enjoy a coffee and a bowl of cereal. The club was founded in early 2013, shortly after Amendment 64 was adopted.

The chalkboard menu listing coffee and milkshake drinks advises, “Ask about our CBD products!” A lingering whiff of pot smoke hung in the air. The club attracts interest from tourists and has a local following. A couple weeks earlier, some visitors from Florida joined a Thanksgiving dinner the club hosted.

“Everybody thinks of Studio A64 kinda like ‘Cheers,’” Stark said, referring to the 1980s sitcom, situated in a bar “where everybody knows your name.”

“The whole purpose behind the clubs is having a safe and social area for someone to come to consume,” Stark said.

“Honestly it seems like they’re trying to step back five years,” Stark said.

But the clubs have run up against opposition within the community. In March, the city council passed a ban on clubs. The mandate requires clubs established before Sept. 23, 2015 to shutter their businesses within eight years.

In September, the city clerk’s office sent cease-and-desist orders to nine cannabis clubs. The city does not allow recreational sales of marijuana, and council members believe the cannabis clubs are violating the law.

Commander Sean Mandel of the Colorado Springs Police Department said the law on marijuana includes a lot of “gray area,” which “leaves a lot of guesswork for law enforcement.”

Mandel said that some people try to “abuse the system” by establishing business practices outside of the regulated model.

Language in state law that allows people to give another adult marijuana is problematic, he said. Some businesses in the city take advantage of that, he said. A customer might purchase a piece of paraphernalia at a marked up price, and receive a “gift” of marijuana in return.

Council member Bill Murray, one of three at-large members of the nine-seat council, supports legalization of recreational marijuana sales. He is in favor of opening recreational sales in Colorado Springs, and supports cannabis clubs.

A retired military intelligence officer, with experience in counter-drug work, Murray said his opinion on the issue was shaped by what he sees as failures of the drug war.

He referred to legalization in Colorado as “the great experiment.”

And Colorado Springs might not have taken the right approach.

“I can tell you at this stage, looking out the window, we have not seen the zombie apocalypse of marijuana,” Murray said. 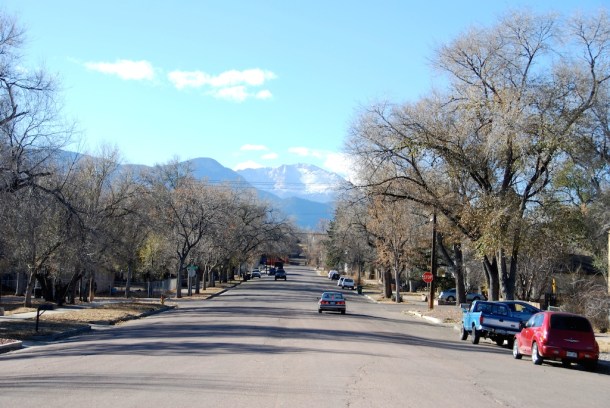 A street in Colorado Springs. Photo by Elizabeth Hewitt/VTDigger

Thanks for reporting an error with the story, "Lessons from Colorado: One city bucks pot legalization"