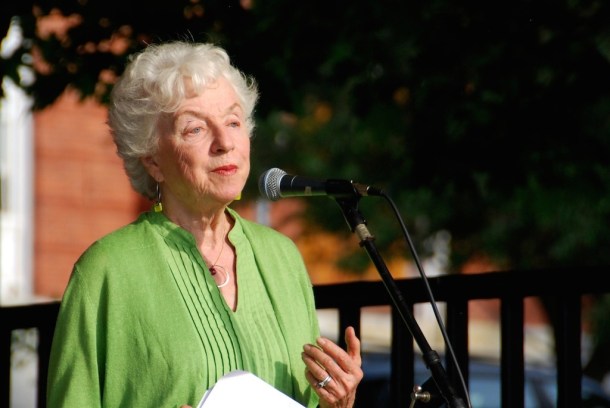 [A] coalition of 17 nonprofit organizations and business groups says Vermont should guarantee paid family and medical leave to all employees.

The Family and Medical Leave Insurance Coalition is led by the Main Street Alliance and Voices for Vermont’s Children and includes Planned Parenthood of Northern New England and the Vermont Network Against Domestic and Sexual Violence.

The group wants to allow new mothers and fathers to take up to 12 weeks of paid time off to be with newborn babies or sick relatives. The proposal would also serve as a short-term disability program for workers.

“We’ve been talking about paid family medical leave since 1964,” said Cary Brown, the executive director of the Vermont Commission on Women, a state agency that was created in 1964 to advocate for women’s issues.

Brown said women in Vermont are often forced to go back to work days after they give birth, and when the children get older, they try to build up their sick days at work in case they need to take time off to take care of them.

She said that some women choose to leave the workforce altogether after giving birth because it is the only way they can take enough time off to take care of the baby. Taking that time off contributes to women making less pay than men for the same jobs, Brown said.

Lindsay DesLauriers, the state director of Main Street Alliance, said the financial details of the proposal would depend on the results of a feasibility study the Vermont Commission on Women is performing with a grant from the U.S. Department of Labor.

The study could be published as early as January. DesLauriers suggested that the 12 weeks of paid family and medical leave could be funded with a 1-percent or lower payroll tax spread between businesses and workers.

The money would go into a statewide fund that would be managed similarly to unemployment insurance, which pays unemployed workers 50 percent of what they were making at their job, up to a maximum benefit of $436 per week for 26 weeks.

As an example, DesLauriers cited a 2013 report that said Vermont could use a one-half-percent payroll tax to pay workers 100 percent of the wages they were making at their job, with the maximum benefit equal to around $25 per hour for 6 weeks of leave.

The coalition says that the funding model is similar to what has been passed in four other states — California, Rhode Island, New Jersey and New York. Those states will allow between four weeks of family leave and 52 weeks of medical leave with either the worker funding the whole tax, or splitting it with the employer.

The 1993 Family Medical Leave Act provides certain employees across the country with up to 12 weeks of family and medical leave. The main difference between the federal law and the Vermont proposal is getting paid during that time off.

“Unpaid family leave means you either go straight back to work because you can’t afford to miss a paycheck, not with all the bills coming in for childbirth, for medical, for childcare … or you don’t go back to work and you’re poor as a result,” said Gov. Madeleine Kunin.

Kunin said families who have access to paid family leave are less reliant on welfare and more likely to work after a child is born. She said paid family leave would also help raise family income because two parents in the same family could remain the workforce.

Kunin said there are only a handful of countries in the world that don’t provide paid family leave, including Somalia and Papua New Guinea. She pointed to her daughter-in-law in Montreal who will get a year of paid family and medical leave when she has her baby.

Thanks for reporting an error with the story, "Coalition proposes statewide family and medical leave insurance"