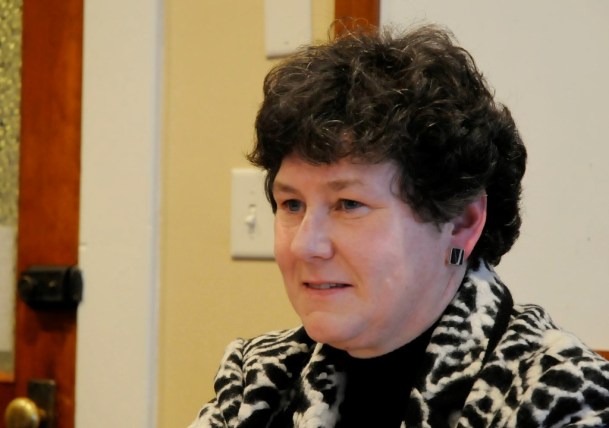 [V]ermont’s top financial regulator said delays in the opening of a Northeast Kingdom hotel occurred because the developers were running short of money.

Susan Donegan, the commissioner of the Department of Financial Regulation, says developers Bill Stenger and Ariel Quiros are wrong to blame the state for the problems at Q Burke Hotel, one of three large projects the developers are building under the EB-5 program where immigrants make an investment in return for a U.S. visa.

Stenger has said the delays in the hotel opening are because the state has held up approving the payment of construction bills.

In a letter to Stenger, Donegan strongly disputes that charge. She also questions why the developers have not put in more money of their own into the project.

State authorization for construction payments, Donegan says, wasn’t the issue. The real problem, she said in a Feb. 12 letter to Stenger, was that the developers were low on cash.

“You give the impression that the state needs to approve payment” in order to open the Q Burke Hotel, Donegan writes.

“The escrow account does not have nearly enough money to even cover the amounts we did authorize, much less the ______________ you are claiming in your letter,” she wrote. “Any delays in opening are attributable to your lack of capital, not the escrow authorization process.”

Stenger and Jerry Davis, CEO of PeakCM the general contractor for the project, in recent weeks have said the state is to blame for delayed construction payments.

But PeakCM invoices for November were approved on Dec. 23 and payments for December were authorized on Feb. 9, according to Patricia Moulton, the secretary of the Agency of Commerce and Community Development, which, along with DFR, has oversight of the Q Burke project.

Under an agreement with the state, the developers must obtain authorization for payments related to construction costs for the hotel from the Department of Financial Regulation.

Stenger did not return a request for comment on Donegan’s Feb. 12 letter and declined last Friday to comment on a Feb. 16 memo from DFR.

In July 2015, the state required the developers to put new immigrant investor funds for Q Burke and AnC Bio Vermont, a planned biotech plant in Newport, in escrow. The requirement is part of conditional approval for the projects, which were both suspended in August 2014, pending a financial review by the Department of Financial Regulation.

Money collected before July 15, 2015, was not subject to state oversight.

Stenger was recently in Vietnam and South Africa to solicit more EB-5 immigrant investors for the hotel and the resort expansion. Information about how much the developers have raised in new investor funds over the past nine months has been redacted from state documents.

Donegan said in documents released last Friday that the Q Burke developers have not accounted for “millions of dollars in construction management” fees.

In a communication from Feb. 12, Donegan wrote that the “project sponsors,” Stenger and Quiros, charged 15 percent in construction management fees for the $50 million hotel.

The 15 percent construction management fee is on top of payments to the general contractor for administration of construction, according to Stenger.

Secretary Moulton said in an email to VTDigger, “it is my understanding” that Stenger and Quiros charged a 15 percent construction management fee for the Jay Peak Resort expansion, which was also paid for with EB-5 immigrant investor funds.

In all, the developers used $282 million in EB-5 investor funds to build six projects at Jay Peak.

They plan to use $110 million in EB-5 monies for AnC Bio Vermont, a planned biotech center in Newport. The $120 million in projects at Q Burke include the hotel and conference facility, an aquatic center, a biking center and indoor and outdoor tennis courts.

The 15 percent fee is substantially higher than the industry average for construction management fees, which was 5.6 percent in 2014, according to a survey by the Construction Management Association of America. The range was 0.6 percent to 18 percent that year, the association says.

In an email to VTDigger, Stenger explained that construction management fees are “paid [to] the developer for managing, organizing and fulfilling the creation and completion of the facilities. Interacting with all aspects of the project, contractors government officials, to facilitate its completion. The construction management fee’s [sic] are paid to the general partners as they are responsible for providing these services.”

Donegan mentions the construction management fee in her letter as part of an argument that the developers should use their own money to pay for certain costs associated with the project.

Under the limited partnership agreement with Q Burke investors, Donegan says the developers have an obligation to put their own money in the Q Burke Hotel -- not take money out. “To date we have seen no indication of such contributions,” Donegan said.

Stenger replies in a Feb. 16 response that "developer proceeds" have been curtailed and "our ability to 'just pay things from elsewhere' just doesn't exist."

In an invoice provided to VTDigger by an investor, Stenger, president of Jay Peak, billed the general partner of Jay Peak Penthouse Suites (himself), for $2.8 million in construction supervision fees. The general partner is, under state securities laws, obliged to protect the interests of investors. The Jay Peak Penthouse Suites limited partnership is one of eight such agreements that Quiros and Stenger formed to fund projects in the Northeast Kingdom.

The Agency of Commerce and Community Development has oversight of the EB-5 program in Vermont. In January 2015, the agency asked the Vermont Department of Financial Regulation to conduct a financial review of the Q Burke and AnC Bio Vermont projects.

Donegan has said the developers have not provided DFR with basic financial information for the review, such as general ledgers.

The Jay Peak, AnC Bio and Q Burke projects have been under investigation by the Securities and Exchange Commission for nearly two years.

‘You are not performing your duties as a fiduciary’

Quiros and Stenger want to use new investor funds to pay $1.28 million to PeakCM in unspecified “administrative fees,” travel expenses, delay fees and “anticipated/estimated” legal fees. The developers also ask Donegan to authorize payments from the escrow accounts they say are attributable to delays caused by DFR.

Donegan has refused to approve the invoices because she says they are not directly related to construction.

“For you to include items like ‘anticipated’ legal fees and attempting to bill for equipment that has already been paid, suggests that you are not performing your duties either as a construction manager or a fiduciary,” Donegan said.

Under the limited partnership agreement, Donegan says the developers are required to use their own money for the construction of the hotel and conference center, utilities and common area infrastructure.

Donegan has said the remaining $1.28 million in invoices for PeakCM would not be approved “until you have addressed these issues satisfactorily.”

On Tuesday, Stenger told VTDigger that by Friday he would provide “DFR with a complete accounting of the entire project which will show every expenditure.”

In mid-November, Stenger told Moulton that “all financial review materials” for Q Burke would be sent to DFR. He made similar promises to the state about providing financial documentation for Q Burke, AnC Bio and Jay Peak projects as early as July 2014.

The problems at the hotel started shortly after the July 15 agreement requiring state approvals for Q Burke construction. There were disagreements over whether equipment could be paid for with new investor funds and dissatisfaction over how long the approval process took.

In a series of texts released by the state, Stenger puts pressure on Moulton to authorize payments.

“If we don’t finish in time and get to promote the opening correctly we are headed for financial disaster for the project and for the partnership,” Stenger writes in a text. “Please help me with this August payment, at least the portion you have no issue with.”

When Stenger asks for approval of equipment, such as IT equipment and TVs, Moulton says he should contact DFR. The state has said equipment is not part of the construction authorization agreement.

On Dec. 11, the day the Q Burke Hotel was originally slated to open, Stenger texted Moulton.

“Pat I realize your team is busy,” Stenger wrote. “But Rome really is burning. Hundreds of hotel employees can’t work and critical equipment is not available to us. IT especially. 250k needed and without payment not delivered. 3,7 million [sic] is in the escrow account. More than enough to get us where we need to be. Please if you can authorize some payment today we can get some progress here.

“It is a real crisis,” Stenger continued.

A few months later as he was negotiating an agreement with PeakCM over the certificate of occupancy, Stenger texted Moulton again on Feb. 3, demanding authorization of funds.

“The contractor will release the CO to us but only if the retainage funds that are in this last pay app are authorized to be released,” Stenger writes. “I have been told that the pay app is at your agency now and was just sent yesterday. If that pay app can be authorized then I believe the CO will be released.

“Wearing my ski operators hat if I don’t get that hotel open for presidents week we will have a very difficult time,” Stenger writes. “The past few pay apps you were able to turn around quickly. I am asking consideration here. If we don’t get CO this week we will need to begin canceling presidents week vacations which are 250k worth of business that is urgently needed for that property and the partners who invested thinking the property would be open by now. We are 2 months late. Missing presidents week would be a huge blow.”

Stenger’s texting intensified over Feb. 4, 5 and 6, as he demanded approval of the December pay application. Moulton on that Saturday said she needed “to connect with DFR and the AG’s office. Tried yesterday but couldn’t. I will know more Monday.”

On Feb. 8, Moulton and Stenger spoke by phone and the texts ended. The requisition for December was approved the next day.

Stenger paid PeakCM for November invoices (which were approved in December) last week. Payment for December is still pending, according to Davis.

PeakCM has filed a $5.4 million lien against the hotel.

Thanks for reporting an error with the story, "State regulator: Q Burke developers were short of money"