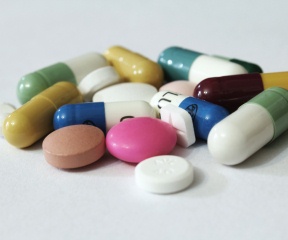 The medical community in Vermont is cautious about Gov. Peter Shumlin’s proposal to limit the number of painkillers doctors can prescribe to their patients.

In his State of the State address Jan. 7, Shumlin proposed to cap at 10 the number of opiate painkiller pills doctors can prescribe to a patient after a minor procedure. That’s one of the most aggressive proposals in the country, and the closest related proposal sparked strong opposition in Massachusetts.

“We are putting an end to the system where doctors, dentists and health care providers send patients home with 80 or 90 pills in their pocket,” Shumlin said in his speech. “We’re also looking at reasonable limits for more major procedures that provide pain relief without filling up our medicine cabinets with unused opiates.”

The painkillers Shumlin was talking about are highly addictive narcotics that have been closely linked to the epidemic of heroin use across the country. They include hydrocodone (sold under the brand name Vicodin), oxycodone (OxyContin) and oxycodone-acetaminophen (Percocet).

The U.S. Drug Enforcement Administration classifies those three painkillers as Schedule II drugs, meaning they are controlled substances with a “high potential for abuse” and risk of “severe psychological or physical dependence.” Addiction to opiate painkillers can lead a person to turn to cheaper substitutes, such as heroin or fentanyl, experts say. 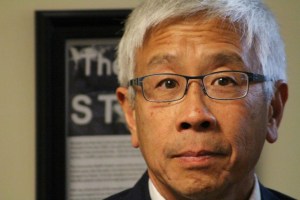 Dr. Harry Chen, the commissioner of the Vermont Department of Health, said the idea is to deter painkiller abuse and limit the number of painkillers that end up sitting in patients medicine cabinets if they don’t use full prescriptions.

One in 10 Americans misused a prescription drug in a given month in 2014, according to the National Survey on Drug Use and Health. The survey said nonmedical use of prescription pain relievers was the second most common type of illegal drug use and that 4.3 million people in the country older than 12 were misusing prescription painkillers.

“I think everybody agrees that some limitation is a good idea, and everywhere I go, and I’m sure where (Shumlin) goes, everyone has a story where people get minor procedures and get 50 pills and use one or two,” Chen said.

“That 10 pills is something that will probably last someone a couple days,” he said. “After that you can use non-opioid, noncontrolled substances.”

While addiction treatment is widely supported in the medical community, the proposal to limit the number of pills in a prescription gets at the heart of the doctor-patient relationship. Concerns over interfering in that relationship helped weaken a similar proposal in Massachusetts.

That proposal, brought by Gov. Charlie Baker, would have limited doctors to prescribing a 72-hour supply of opiate painkillers for a patient’s first prescription, with certain exceptions, according to The Boston Globe. The American Medical Association opposed the measure on the grounds that the limit was arbitrary.

The Massachusetts House of Representatives then introduced a drastically different bill to combat opiate abuse, according to the Globe. The House passed that bill Jan. 13 with a seven-day limit on first prescriptions of opiates for adults in acute pain, according to MassLive. That Legislature now will try to negotiate a final bill to send to the governor for his signature, MassLive reported.

In Vermont, Chen said the governor’s legislation is still being written but will aim to set up a process for people who need pain medicine for long periods of time. But he said a 10-pill limit for a minor procedure isn’t any more arbitrary than a 50-pill prescription.

“I don’t know that there’s any science to 50 pills versus 10, and to the extent that 50 is too many, certainly I want to say, ‘Is that arbitrary?’” Chen said. “It’s all subject to what the individual’s condition happens to be and what their tolerance to pain is.”

The U.S. Food and Drug Administration has a prescriber label online for OxyContin advising adults to take the lowest possible dose every 12 hours if they have a low tolerance for opioids. The FDA label for Vicodin says to never take more than eight tablets a day.

The American Medical Association did not comment on Shumlin’s proposal. A spokesperson deferred to the Vermont Medical Society, which said in a statement it is “researching the proposal in the State of the State address to limit prescribing opioids for acute pain and … forming a task force of clinicians to review it, when more specific details about the proposal are released.”

The society said it was looking at the Massachusetts proposal. It added, “Any limits on prescribing should be thoroughly vetted by clinicians to avoid unintended consequences for patients.”

The University of Vermont Medical Center, the state’s largest hospital, said, “The amount of medication prescribed must meet the individual patient’s needs — not more, not less.”

The hospital said it would work with partners on “a number of initiatives to help address the problem of opioid addiction … to reduce the amount people are prescribed, and to explore other treatment options for them to better manage their pain.”

The Vermont Board of Medical Practice has not taken a position, according to David Herlihy, its executive director. The board is scheduled to discuss the issue in February. 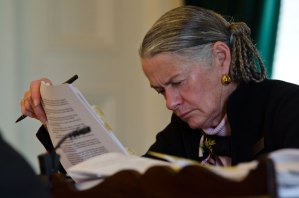 Under the bill, medical providers seeking to renew the prescription for chronic pain would need to use the Vermont Prescription Monitoring System, a database meant to track whether patients are going from doctor to doctor to obtain excess prescription drugs.

Sen. Claire Ayer, D-Addison, is a registered nurse and chairwoman of the Senate Health and Welfare Committee. She said the proliferation of painkillers relates to a time when “it was considered almost malpractice” to let a patient be in pain.

“I agree that we need to give health care providers some cover so that they can be more particular in how they prescribe,” Ayer said. She said prescribers need more guidance, but she wouldn’t set a specific limit such as 10 pills for a minor procedure.

“A group of (doctors) could get together and decide some sort of standard way to measure how much you can give people,” Ayer said, “because what you would need after spraining your ankle or breaking your leg might be different from what someone else needs.”

Thanks for reporting an error with the story, "Providers cautious of proposed 10-pill painkiller limit"