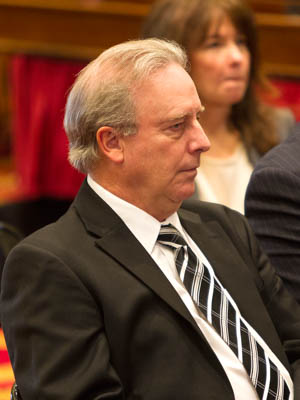 State laws meant to prevent workers who should be classified as employees from being classified as independent contractors aren’t being enforced properly, according to the report released Monday.

Businesses that don’t follow the rules are at a competitive advantage, because of the money they save in taxes and insurance premiums. That can allow a business to underbid the competition, Hoffer said.

A worker making $44,000 who is improperly classified as an independent contractor pays double the Social Security and Medicare taxes ($3,366 vs. $6,732), while the employer avoids $6,626 in costs per misclassified worker, according to the report.

Hoffer also found that state agencies and departments aren’t following statutes that require them to verify whether subcontractors for the companies they hire are following state employment laws. That leaves open the possibility that workers on state projects aren’t receivng the benefits and protections mandated by law.

Despite new laws passed in recent years and an executive order from Gov. Peter Shumlin in 2012 aimed at cracking down worker misclassification, the auditor’s report found that the Vermont Department of Labor has failed to enforce penalties for employers breaking the rules and isn’t effectively investigating the scope of the problem in Vermont.

“It’s not surprising that there are people looking for a competitive advantage and working around the margins,” Hoffer said. There is sometimes confusion around complex employment laws, but the state could be doing more to prevent worker misclassification and enforce penalties when the rules are broken, Hoffer added.

Potential misclassification penalties of $260,000 were reported to employers in 2014, but none were assessed, according to a spreadsheet maintained by DOL’s unemployment insurance field audit chief, which was cited in the report.

Penalties are not being assessed, according to DOL Commissioner Annie Noonan, because the statutes in a 2010 law were vague and did not define an appeals process for employers hit with fines relating to unemployment insurance.

But Hoffer says that Noonan’s department has had five years to work with the Legislative Committee on Administrative Rules to write those regulations, and the task is still not complete.

Noonan said new administrative rules for workers’ compensation were submitted in August, and the new rules for unemployment insurance will be submitted by October.

“We’re trying our best to get things organized and under control,” Noonan said, but the rules create controversy between business and labor interests, complicating their implementation.

Her department works actively on education and compliance with employers across the state, she said.

Records from DOL’s Workers Compensation Division show 30 investigations dating back to 2011 are incomplete, and another 134 cases listed as active are assigned to investigators who no longer work for DOL. The division’s database showed 73 cases assigned to a single investigator, according to the report.

Some of the cases classified as active were held open in case a business that closed reopened under another name, while others were complete but the necessary paperwork was never filed to officially close the case, Noonan said.

The Workers’ Compensation Division’s investigative unit has been constrained by illnesses, injury and turnover, she said. Two people in the five-person unit missed extended periods for medical leave, and one died recently, Noonan said. One employee did not make it past their probationary period, and a temporary worker left for a permanent position elsewhere. Another member of the unit missed time due to a work-related injury, she said.

During the period covered by the audit, 2011 to 2015, the unit was essentially staffed by one investigator and one supervisor, according to Noonan. Recently, DOL was able to fill all the positions in the investigations unit.

Hoffer found that unit does not have standards for the number of cases an investigator should handle, the timeframe for completing investigations or how cases are reassigned when someone leaves the unit. There are also no written protocols for prioritizing cases, according to the report. DOL’s legal division is working on developing such standards and protocols, according to Noonan. Having those in place could have helped to mitigate staffing issues, Hoffer said.

The report also identified problems with the information entered into DOL databases that track workers’ compensation and unemployment insurance.

“I think [the report] called out some important areas for improvement in data collection and case tracking, and ensuring we have consistent protocols and practices,” Noonan said. Her department is taking steps to make changes based on those recommendations, she added.

Shumlin issued an executive order in 2012 creating the Employee Misclassification Task Force, which DOL is assigned to lead. While the task force has developed an outreach and education campaign, it met only twice before July 2015.

Noonan said while the members of the Vermont task force weren’t meeting officially, her department has continued to work with the Secretary of State to improve enforcement, and also met with stakeholders from the labor and business community to improve compliance.

There are additional task force meetings planned for later this year, Noonan said, and her department is looking at ways it can work more closely with the Tax Department to improve its enforcement capabilities.

Subcontractors not being properly vetted

For state projects valued at $250,000 or more, employment laws require state departments and agencies to verify that contractors and subcontractors have workers’ compensation insurance. Businesses must also submit any history of employment law violations.

The audit report looked at the Agency of Transportation and the Department of Buildings and General Services, and discovered neither has practices to vet subcontractors.

“We take the audit report very seriously and it is critical that workers get classified appropriately both for our projects and those of BGS,” Deputy Transportation Secretary Chris Cole said. “We’re going to work diligently to make sure those recommendations are implemented.”

A call to the BGS commissioner’s office was not returned.

New forms that will go into use in 2016 ask companies bidding on state contracts for their subcontractors’ workers’ compensation information and violation history. Starting in July 2016, the agency will begin to audit the information provided by contractors, according to Cole.

Cole said his agency is working with DOL to ensure it has access to the information necessary to complete those audits. Currently, the information collected by DOL is only available upon request.

Thanks for reporting an error with the story, "Auditor: State not doing enough to enforce employment laws"