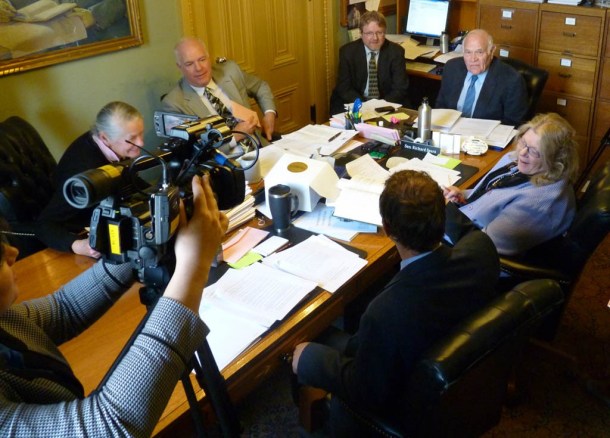 The deaths of two young children last year weighed heavily on lawmakers as they entered the 2015 legislative session.

The deaths of Dezirae Sheldon, 2, and Peighton Geraw, 14 months, prompted legislators to undertake an overhaul of Vermont’s child protection system. Both toddlers had been in contact with social workers from the Department for Children and Families before they died.

Work on a child protection reform bill began long before the legislative session kicked off. Lawmakers formed a study committee last summer that took testimony from concerned citizens around the state about DCF and the child protection system.

The committee found that Department for Children and Families policies favored reuniting children with parents who had a history of abuse or neglect (and had gone through DCF programs) over other considerations, including child safety. Federal rules encourage state child protection programs to push for family reunification.

Lawmakers put the safety of children first in legislation that emerged from the six-month study committee. The intent language of S.9 requires that the department focus “on the best interests of the child,” and emphasizes that children must be placed in a safe, nurturing environment with their parents, or other caregivers. The bill also requires the state to provide adequate training for DCF employees and funding for proper management of the burgeoning caseload of children in the state’s care. 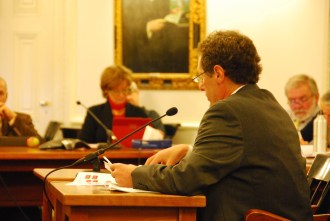 S.9 mandates other wide-ranging changes to the child protection system. Some proposals drew strong reactions from social workers and advocates, including a new crime for failing to protect a child. Critics argued that the measure would have held accountable parents, social workers, even babysitters at risk of being criminally charged if they should have known whether a child was at risk of neglect or abuse at the hands of another caregiver. Allen Gilbert of Vermont ACLU told the Senate Judiciary Committee the failure to protect a child provision could deputize anybody who comes into contact with a child in the state of Vermont.

As written, the law holds caregivers responsible for causing a child bodily injury, sexual abuse or exposing them to drugs.

The Senate Judiciary Committee handled the first phase of the bill, taking into consideration recommendations from the Health and Welfare committees. By the time the bill left the Senate, it had been whittled down, but still contained a section that imposed a penalty for failing to protect a child, as well as an enhanced penalty for allowing a child near a place where meth is manufactured.

The House took a different tack. The bill started off in the Human Services Committee, led by Rep. Ann Pugh, D-South Burlington. Pugh, a veteran social worker who now is a teacher at the University of Vermont, led the committee as they refocused the bill to emphasize the social work, rather than the criminal side of the legislation. The House Judiciary Committee added a section clarifying the requirements and roles of mandatory reporters. The change was in part a response to the death of a Milton teenager following a hazing incident.

Lawmakers reconciled the differences between the two versions of the bill in a conference committee that ran right up until the day before the end of the legislative session. The final version included modifications to the current cruelty to a child statute, as well as a slew of changes to post-adoption policies, regulations on confidentiality, and more.

At the start of the 2015 legislative session, the judiciary branch was en route to rocky financial times.

The governor’s budget included a directive to cut $500,000 in the judiciary’s budget, without any specifications for where that money might come from. But, as court administrator Pat Gabel pointed out, the total downward pressure on the judiciary budget amounted to more than $2 million, factoring in labor savings.

The House version of the budget included bridge funding, which would have required the judiciary to cut the $500,000 in the next fiscal year. But lawmakers in the Senate redoubled efforts, adopting some proposals from the judiciary branch as well as proposals of their own.

The final revenue bill includes a hike in court fees that will yield $700,000 for the judiciary branch, which will help to fill three judicial vacancies. The branch also received an appropriation in the capital bill to begin the process of building a new electronic case management system. 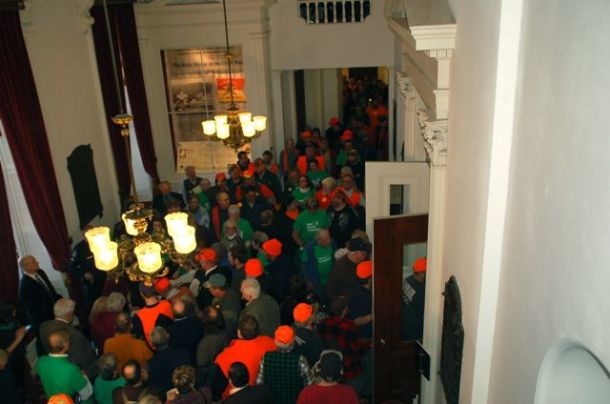 Gun rights supporters and gun control advocates swarm into the Hall of Flags outside the House Chamber. Photo by Morgan True/VTDigger

The debate about Vermonters’ access to guns started early on in the legislative session, when Sen. John Campbell, D-Windsor, and other senators introduced a bill that would require all gun purchasers to undergo background checks.

The bill, S.31, sparked a barrage of vocal support and dissent on both sides of the argument. The debate came to a head at a public hearing in the House Chamber in February, a few weeks before Senate Judiciary Chair Dick Sears, D-Bennington, killed the bill.

Out of the ashes, the committee put together a new piece of legislation that puts restrictions on gun ownership for certain criminals and people with severe mental illness. The House OK’d the measure in April, and the governor signed the bill behind closed doors in May.

Other items on the agenda

Although some senators, including Sen. Dick Sears, D-Bennington, were initially skeptical about H.105, in part because of potential First Amendment conflicts, the Senate Judiciary Committee changed some language and threw their support behind the legislation. It passed the Senate on a unanimous vote in April.

Early in the session, Rep. Maxine Grad, D-Moretown, who chairs the House Judiciary Committee, introduced a bill that tightened restrictions on sex offenders who max out their prison sentence without undergoing treatment. The law got the governor’s signature in February.

The bills that stalled

Back in February, a bill that would have expanded Vermont’s DNA collection program was put on hold because of the state lab’s massive backlog. The bill would have expanded the program so that every individual convicted of a misdemeanor would be entered into the database — which would have increased the number of samples by as many as 9,100 annually. But Sears tabled the bill after hearing that the lab had about 2,500 samples that still needed to be processed because of short-staffing issues.

The Senate Judiciary Committee also put the brakes on a bill that would require that all cases involving 16- and 17-year-olds go through the family division of the Superior Court. Currently, Vermont is one of the only states in the country that allows juveniles to go directly to criminal court. The bill passed the House in March, but was put on hold in the Senate Judiciary Committee.

Legalization of marijuana stalled in the Senate this year, but proposals to allow the sale (and taxation) of the drug likely will resurface in January. Sen. David Zuckerman, P/D-Chittenden, introduced a 44-page bill in February to legalize and regulate marijuana. Zuckerman’s draft drew on a report from the RAND Drug Policy Research Center. The bill was tabled in the Senate Judiciary Committee — Sears said that he didn’t feel there was enough time in the session to thoroughly vet the issue. But even without a formal proposal on the table, the conversation about pot was alive and well this session; the Senate Government Operations Committee reserved a weekly spot on the agenda for testimony on weed.

Covid numbers best in six months because of rising vaccinations 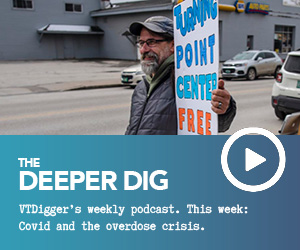