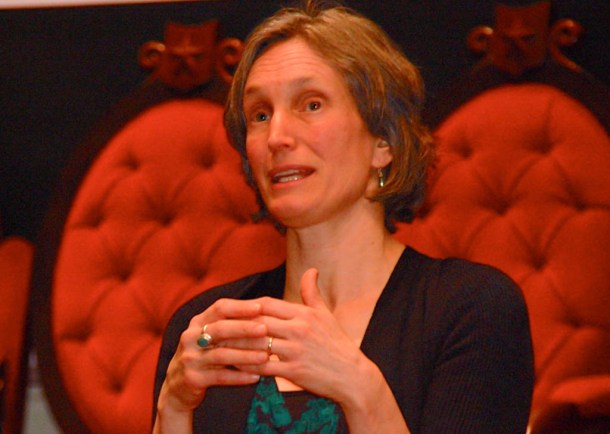 School districts that do not administer the Smarter Balanced Assessment Consortium (SBAC) test will jeopardize their federal funding stream, Agency of Education Secretary Rebecca Holcombe informed school superintendents, principals and the Vermont School Board Association in a memo this week.

The new federally mandated test will be administered for the first time this spring to students in grades 3-8 and 10, said Jill Remick, the spokeswoman for the Vermont Agency of Education, on Thursday. The SBAC test aligns with the Common Core State Standards that measure student progress toward college and career readiness.

The new test has stirred controversy and pushback in a number of states.

Holcombe issued a 3-page memo Tuesday about the SBAC test, after it was brought to her attention “that some school leaders in Vermont are contemplating an ‘opt out’ of the SBAC” due to the added work and timeline involved.

Holcombe stated in the memo, “While this frustration is understandable, I want to be very clear that if we in Vermont do not maintain fidelity to federal requirements, we/you will forfeit federal funds … This includes any federal programs such as IDEA, Title I, Title II, and federal support for Child Nutrition. Most of these resources provide additional support for children in poverty or children with disabilities.”

Holcombe warned that schools or districts “which lose access to federal funding will need to either cut services to students or raise the local tax rate — both of which will have seriously negative implications for the students and communities we all serve.”

Holcombe sympathized with school leaders’ objections “to the punitive use of these tests under the No Child Left Behind Act. I share these objections,” she stated. “… Given that the ‘proficiency threshold’ on the new tests is set so high that two-thirds of our high school students will likely not score as ‘proficient,’ it is a virtual certainty that once again, all our public schools will be labeled ‘low performing,’ despite the fact that a study by the U.S. Department of Education ranked us as seventh in the world in math and science.

“This is also despite the fact that our students know more, on average, than children in their parents’ generation, judging by scores on the National Assessment of Educational Progress,” Holcombe went on. “As one legislator recently told me after reviewing a sample SBAC test online, ‘I am really glad I am not in school today, because I don’t think I would do very well.’”

Holcombe expressed concern “about the impact on our children of repeatedly focusing on the label ‘not proficient,’ rather than focusing on the growth they made during the year,” as well.

When such tests are used appropriately, they hold value, stressed Holcombe.

“Unlike previous tests, this is a computer adaptive test which adjusts the difficulty of questions in response to the answers students provide,” she stated. “This allows for more accurate information about what each child can and cannot do; this information will help teachers to better respond to their students’ needs,” she said.

“Without tests, we would not know, for example, that one of our highest priorities as a state needs to be improving the learning of our boys who are growing up in poverty. We would not know that while the performance of our most affluent students outstrips the nation and is improving every year, we have foundered in our efforts to improve the learning of students with disabilities.”

Holcombe called on educators across the state to “help the public understand what the SBAC test does and does not measure. Most importantly, we need to push back with Vermont’s voice, and explain the appropriate and inappropriate inferences to be drawn from student scores on standardized tests, as well as our firm conviction that the purpose of our schools is not to educate our students to do well on tests, but to educate them to thrive in life.”

Ken Page, executive director of the Vermont Principals’ Association, weighed in on the SBAC debate Thursday, as well, saying, “Clearly, we support the Secretary of Education’s position that local school leaders need to administer the SBAC tests.”

“I was in Burlington several years ago when then Commissioner (Armando) Vilaseca arranged a meeting with several of us and representatives from the CCSSO [Council of Chief State School Officers] to learn about the Common Core and SBAC,” said Page. “I was also there and supported it when the State Board of Education committed us to participate in the Smarter Balanced Consortium. I knew at the time that national assessments were but one piece to get an accurate picture of how kids and schools were doing.

“We committed our kids and staffs then. So, now that we hear the tests will be hard and that it may in fact raise the bar for expectations, is certainly not the time to shy away from commitments we have made,” said Page. “Instead, we need to embrace the test for what it is — merely one measure of student progress toward meeting the Common Core state standards.”

Page said of the concern over the test, “Opting out, all by itself would send a confusing message to our students and their parents.”

Page concluded, “The Vermont Principals’ Association supports the test administration as well as a vigorous conversation about what role standardized tests play in education today.”

In response to some parental concerns that students will be forced to take the test, Remick, spokeswoman for the Vermont Agency of Education, noted that if a parent refuses to allow their student to take the test, that student would count as a zero, because of federal requirements, so it would impact that school’s performance.

Darren Allen, spokesman for the Vermont National Education Association, on Thursday said, “We agree with Secretary Holcombe that standardized testing in our public schools needs to stop being used as a way to punish schools. We also understand the frustration of parents who are sick and tired of the ever-increasing weeks dedicated to high-stakes testing that rob our schools of countless hours of actual teaching.”

“Vermont-NEA’s Board of Directors next month is slated to discuss parental opt-outs from high-stakes standardized testing, but we believe that the number of tests needs to be decreased so that students can spend more time learning and teachers more time teaching,” said Allen. “Standardized tests, like all tests, work best when they are used to improve teaching and learning, not to determine winners and losers.”

Thanks for reporting an error with the story, "SBAC test a must for federal funding, AOE Secretary says"