A new statutory definition of “independent contractor” is in the works — again.

The effort is driven in part by Vermont’s burgeoning creative economy, including game designers, computer programmers and website developers, according to Secretary of Commerce Lawrence Miller. 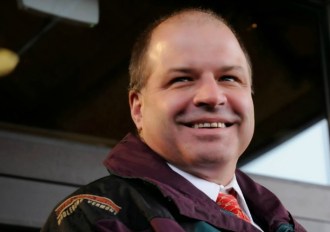 If a new definition is created with S.220, it may also lead to an online registry to verify freelancers’ status as independent contractors recognized by the state.

A third facet, Miller says, are the contracts that some freelancers are losing to out-of-state competition.

Miller explained in December that the issue mostly affects the information technology sector.

“In the emerging marketplace for intellectual property development, there are a lot of people making a living as freelancers,” Miller said. “If (a company) hires somebody to do some coding, on a project, from their home, are they an employee or an independent contractor?”

Miller said state law currently provides multiple tests to distinguish between employees and independent contractors, leading to ambiguity that companies would rather avoid by hiring out of state.

Because the solution is a statutory redefinition of “independent contractor,” however, other fields will be affected along with IT. The debate from 2013 over whether or not newspaper carriers are employees is “bound up” in this issue, Miller said.

“You don’t want to erode protections, especially around safety and abuse of workers,” Miller said. But the world has changed, he said, and relevant statutes need to reflect that transformation.

Noonan reassured lawmakers that compliance with unemployment and workers’ compensation laws is only required of companies who hire independent contractors. A homeowner who hires someone to build a deck, for example, would not be expected to insure that individual.

Existing law also provides an exclusion for the directors of corporations or limited liability companies. Up to four directors can opt out of unemployment and workers’ compensation protections, though employees of such a company would still need to be covered.

The new definition being drafted is of particular interest to Noonan, who shepherded similar legislation through the House in 2012, only to see H.762  buckle in the Senate under the weight of different labor issues. She’s on board with the clarity helping independent contractors compete for jobs. And she wants to be sure that protective provisions don’t get watered down.

Noonan told the committee about cracking down on a restaurant recently when her department learned management was claiming its entire wait staff were independent contractors.

She said her goal is to ensure that employers pay appropriate taxes, while not forcing genuine independent contractors into an uncompetitive situation.

The draft language is one part of a larger jobs bill being developed by the committee.

Thanks for reporting an error with the story, "Independent contractors seek clearer employment status"

The Deeper Dig: Are Vermont’s pandemic transplants here to stay?

Vermont is 4th in the US for child well-being, annual ranking says

David Van Deusen: We took care of people during Covid; how about now?