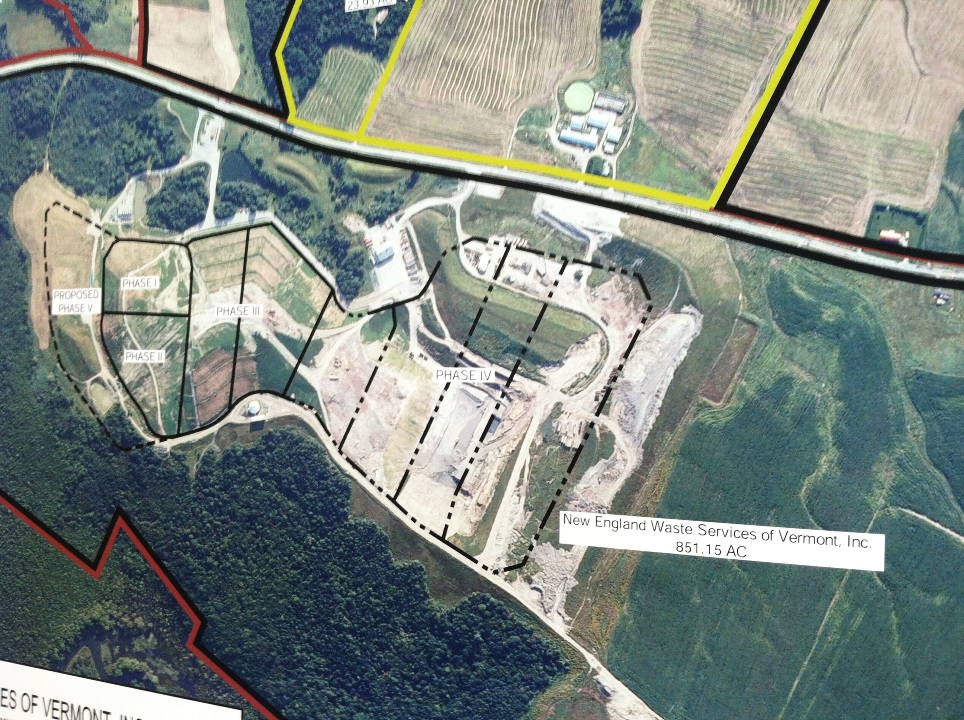 Layout of the Coventry Landfill. Photo by Hilary Niles/VTDigger

Vermont's only active landfill has been approved to accept waste at nearly double its current rate. Casella Waste Systems Inc., will be able to accept up to 600,000 tons per year at its landfill in Coventry. A new permit from the Agency of Natural Resources raises the yearly limit from 370,000 tons.

Joe Fusco, vice president of Casella, said the permit does not translate to an automatic ramp-up to the higher limits. "It just means you have the authority to reach that rate," Fusco said. He said Casella will market the landfill regionally to attract new waste streams to the facility near Newport.

In addition to waste streams from many parts of Vermont, the Coventry landfill also accepts some items from outside the state, including sewage sludge and contaminated soil. All out-of-state materials must be approved on a case-by-case basis, Fusco confirmed.

"Anything coming from out of state would have to meet whatever standards Vermont law lays out," Fusco said. 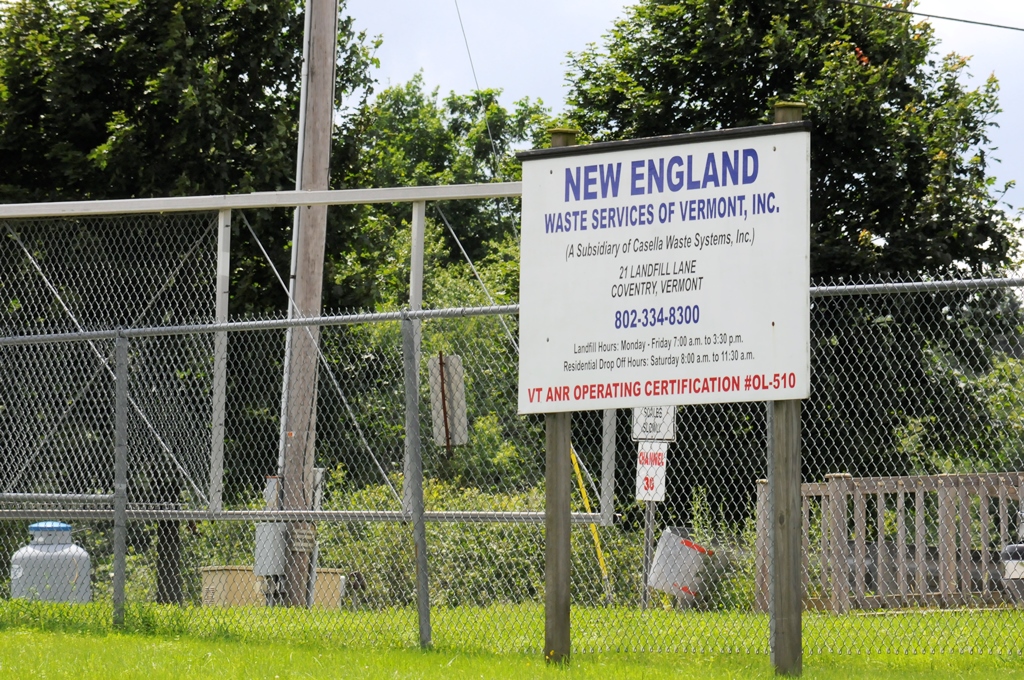 The state's only operating landfill is in Coventry. Photo by Hilary Niles/VTDigger

The landfill is active on a 45-acre parcel called Phase IV. Casella engineer John Gay said in July that Phase IV had about 10 to 15 years of capacity remaining. It was not immediately known to Fusco on Friday how that projection might be changed by the new rate at which the landfill can accept material.

Before moving on to the next phase, Casella will have some work to do. Phase V is actually two old landfills that will have to be excavated, Gay said, and the material must be placed into a lined landfill to conform with modern environmental safety standards.

The permit to increase the rate at which material is accepted at Coventry follows an Environmental Court order for the Florida-based company Advanced Disposal to close and cap the Moretown Landfill in central Vermont. The September consent decree upheld ANR's March decision to not re-certify the landfill for continued operation, after alleged environmental violations and concerns about odor.

Gay said the permit to increase Coventry's collections was filed in October 2011.

Fusco said the Moretown closing did change the economics of trash in Vermont. But some border towns, including the Burlington Area Transfer Station, might continue to send their waste out of state.

"The disposal market is not one that understands or recognizes state borders, unless enforced by statute," Fusco said. "If you're in Bennington, your options are down in that part of the world, rather than up by the Canadian border."

Casella has operated the landfill in Coventry since its purchase of the site from a Canadian company in 1995, Fusco said. The company created New England Waste Services of Vermont as a subsidiary to operate the site. Casella operates nearly a dozen other landfills outside Vermont.

Thanks for reporting an error with the story, "Coventry landfill permitted for increased collections"