Vermont’s 2014 health insurance premiums are among the highest in the country.

The rates are well above the national average, and health care economists link more expensive premiums to less competition.

The U.S. Department of Health and Human Services released numbers last month with the premium rates for 48 of the country’s 50 states in anticipation of the opening of new Web-based health insurance exchanges mandated by the federal Affordable Care Act. The rate analysis does not include subsidies for Americans earning up to 400 percent of the federal poverty line, or almost $46,000 for an individual.

On all three levels, Vermont has the fifth-highest premium rates in the country.

Blue Cross Blue Shield of Vermont and MVP Health Care are the only two insurers participating in Vermont’s new market, and they are each offering nine plans.

The authors of the federal analysis point to a link between weak market competition and high premiums.

Linda Blumberg is a former health policy adviser to President Bill Clinton, and a senior fellow at the Urban Institute’s Health Policy Center. She says the Affordable Care Act and its standards are more effective at controlling the growth of health care costs in states where there are higher levels of competition.

“The problem is in the states where you have a dominant hospital system that can’t be negotiated with because you’ve got to have that hospital system, or you have a single insurer that has a vast majority of the market, then it’s much harder to engender competition,” she said. “In states with markets, like Oregon and Colorado, with multiple hospital systems and insurers competing, the Affordable Care Act can open up the possibility for increased competition to bring premiums down lower.”

On the insurance side, Blue Cross controls more than 75 percent of the individual and small-group health insurance market. Those are the populations that will buy insurance on the state’s new market, Vermont Health Connect. In 2014, Vermonters buying insurance independently or via businesses with 50 or fewer employees are legally mandated to purchase coverage through this market. 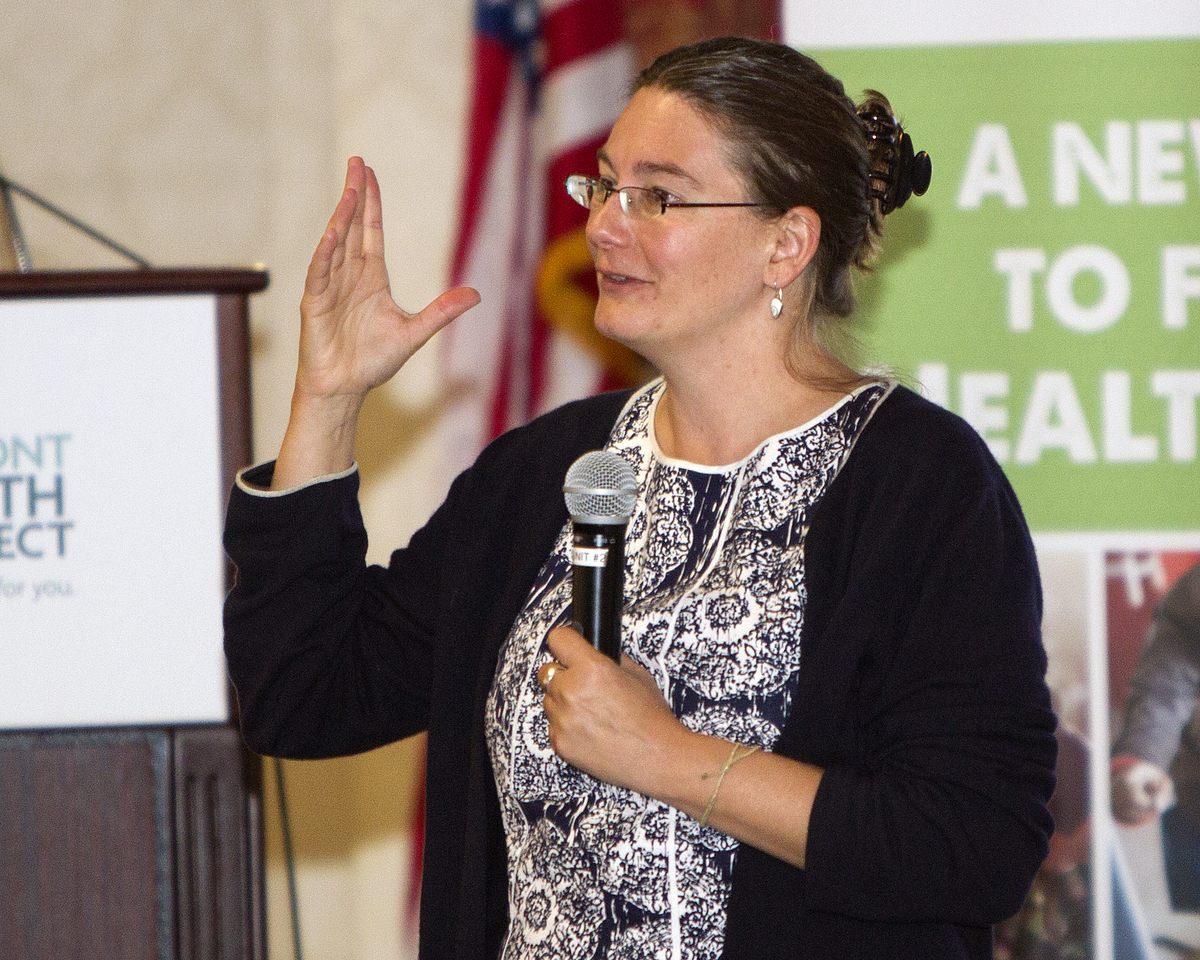 “When you look at Vermont and compare it to other states that are coming into ACA compliance now, what you will see is Vermont’s covered population is more expansive, and so our uninsured rate is lower,” Lunge said. “We are covering a more diverse group of population than most other states, and that means a wider age range and a wider range of people with varying health conditions.”

Since the state requires insurers to cover Vermonters with serious health care needs, this drives up the cost of insurance for the risk pool.

Vermont also has the second-oldest population in the country, with a median age of 42.4 years old. The actuarial logic follows that older people require more health care. Since Vermont’s system doesn’t discriminate based on age, the older population is a driver of higher premiums.

Cynthia Cox is a health care economist at the Kaiser Family Foundation who co-authored a recent report comparing premiums in the new health insurance marketplaces. For a 40-year-old, Kaiser’s analysis found that Vermont has among the highest premiums in the country.

Both Cox and Blumberg said their organizations are not planning to run such analyses juxtaposing pre-Obamacare plans with new ones because it would be like comparing apples to oranges.

Thanks for reporting an error with the story, "Vermont’s health care exchange premiums fifth-highest in U.S."