On Oct. 1, Vermont’s new health insurance marketplace is set to open for window-shopping, but not for business.

While Vermonters will be able to look at plans and subscribe to them in October, they won’t be able to submit payment information and buy health insurance on the Vermont Health Connect website until November.

The Shumlin administration has extended a deadline for the exchange and will take an extra four weeks to test the compatibility of the state’s information technology (IT) systems with those of insurers, who say they need the extra time to work out IT kinks. 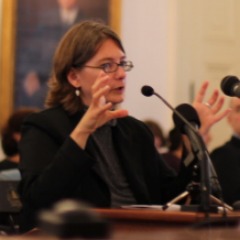 “The state system and the insurance company systems need to be able to talk to each other after people pay their premiums,” she said. “We don’t need a contingency plan by Oct. 1 because no one will be paying before Nov. 1, and I don’t think anyone will pay before December if they currently have coverage.”

At the beginning of October, Vermont Health Connect is set to open for Vermonters who want to buy plans individually, as families or via businesses with 50 or fewer employees. By Jan. 1, 2014, these Vermonters are required to purchase one of 18 plans sold by two insurers — Blue Cross Blue Shield of Vermont and MVP Health Care. The window for buying plans closes March 31, 2014.

“Since the coverage doesn’t start until Jan. 1, it’s extremely unlikely anyone will want to pay before December,” Lunge said. “If they’re already covered, they’re already paying a premium every month.”

Kevin Goddard, vice president of Blue Cross, told the House Health Care Committee on Wednesday that the testing of this critical phase has just begun.

“It’s difficult for us to talk about successful implementation of Vermont Health Connect until the integration of the systems … has been tested, and tried, and we’re all clear it’s going to work,” he said. “We don’t have that confidence yet. The testing of those processes … is really just beginning.”

Susan Gretkowski, a lobbyist with MVP, told the legislators her company has the same concerns, but she and her colleagues are glad the state has pushed back the payment piece and allowed insurers more time to work out IT issues for the exchange.

Mike Fisher, who chairs the House committee on health care, said he “wasn’t shocked” that the administration is staggering the opening of the exchange from when people will pay for products on it.

“We certainly have all been under a very tight time frame. Will there be little snafus or hurdles we need to deal with? Absolutely,” he said. “What I’m concerned about is that there are hurdles that will push off coverage.”

Thanks for reporting an error with the story, "Health care exchange website won’t be fully functional by Oct. ..."