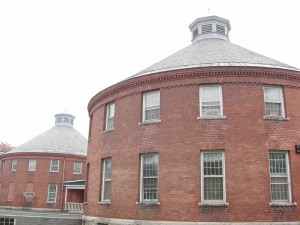 State officials are daily sorting out who is going where as they deal with having to move more than 1,100 employees who worked at the now-closed state office complex in Waterbury. A total of 1,586 employees worked in Waterbury.

Roughly 400 are expected to be able to move back into the public safety building and laboratory spaces at the complex, which sustained much less damage than the main red-brick complex when the Winooski River topped its banks in historic flooding.

Repairs to those buildings in Waterbury are getting close, but no one is working in them yet.

The two main agencies affected by Irene are the Agency of Human Services and Agency of Natural Resources.

Here are the moves that have been announced so far:

Meanwhile, officials said Vermont Legal Aid is expected to stay at its current Waterbury offices, and they are trying to see if the Agriculture Department’s Weights & Measures group can move to 135 State St., Montpelier.

Michael Clasen, the deputy secretary of administration, said one proposed move to Northern Power offices in Fayston, is stalled because of “bandwidth issues” for providing Internet access. That move was planned for staff from the Agency of Natural Resouces, and officials are still trying to see if it can work.

The state has been scrambling since Irene swept through on Aug. 28 to find more than 200,000 square feet of office space. “We’re trying to move people as quickly as possible,” he said.

Gov. Peter Shumlin said earlier this week that state officials are working hard to find new space for state employees, who are being paid while they are not able to go to work.

“They want to get back as quickly as possible,” he said.

Shumlin said the state is trying to obtain leases that are as flexible as possible for the temporary moves and sorting through the state’s insurance to see what’s covered in terms of Irene’s damage at Waterbury and other state facilities.

He admitted the state faces thorny questions about whether it makes sense to fix up a complex that was badly flooded in a climate that seems to be delivering more severe rainstorms. But he also noted that the state has a lot of money invested in Waterbury.

”We have a huge infrastructure there and a big building,” he said. Thanks for reporting an error with the story, "State begins post-Irene move of more than 1,100 state employees"