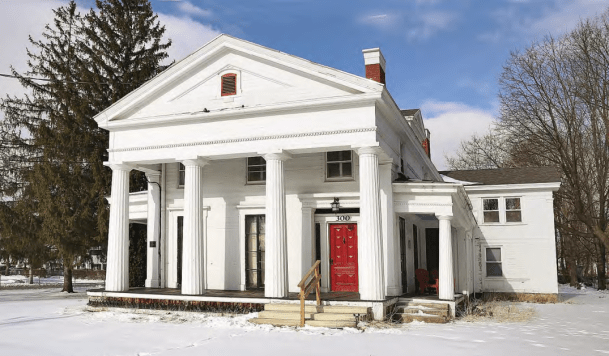 BURLINGTON, VT – The Congressional omnibus spending bill, passed at the end of December, had several key housing provisions, including emergency rental assistance and an extension of the period to use federal CARES Act funds. One key inclusion was a permanent minimum 4 percent rate for Housing Credit developments, which could offer nearly $7 million in additional funding for affordable housing projects in Vermont the next three years alone.

“Our ability to build enough homes to shelter the homeless and provide safe housing for all Vermonters hinges on the supply of capital for affordable housing production. Year after year, demand outstrips supply. That’s why I was proud to support Congress’s passage of this important bipartisan improvement to the tax credit program,” said U.S. Senator Patrick Leahy (D-Vt.). “Establishing a 4 percent floor for the housing tax credit program will help build more desperately needed affordable housing for decades to come.”

The 4% tax credit, or ‘bond credit’ program is part of the federal Low-Income Housing Tax Credit Program (LIHTC). LIHTC is the largest single source of federal funding for affordable housing. Developers receiving the credit sell it to investors in exchange for equity to finance the construction or rehabilitation of existing housing. Unlike the 9 percent or ‘allocated credit,’ the 4 percent credit up until now had not been fixed; instead it was calculated based on prevailing interest rates and shifted every month. Therefore, depending on the economy the 4 percent credit could be worth considerably less to investors. In recent years the credit rate had been hovering around 3 percent, yielding less tax credit equity for developer to use towards housing projects.

“Expanding access to affordable housing is critical to Vermont’s recovery from the pandemic,” said Senator Bernie Sanders (D-Vt.). “Fixing the 4 percent tax credit is long overdue. Not only will it help low-income families who are already struggling through this economic and health crisis, but it will also support those who work in the trades and small business owners, who are the backbone of our local economies. This is a critical step that should be celebrated, but also serves as a reminder that we have a very long way to go to meet the enormous need for affordable housing here in Vermont and across the country. I look forward to working with my colleagues in Congress and our state and local housing partners to fight for the funding our communities need.”

There are eleven currently proposed Vermont projects that may receive the bond credits, with a total of 412 affordable rental homes. The projects include both new construction and revitalization and preservation of existing housing. The increased rate could create up to $6,839,000 in additional equity. Five of these projects already received credits awards in 2020 but could still benefit from the credit increase. They include Pleasant Street in Bennington, the Clark Canal Phelps project in Brattleboro and Windsor, Wells River Historic Housing in Newbury, and West Burke Housing.

The additional equity generated by the fixing of the 4 percent rate will allow for a reduction in requests for other scarce resources and less complicated project financing. The certainty provided by the fixed rate will make projects less vulnerable to unexpected shortfalls and is likely to increase demand for bond credits in the future. The number of credits available for investors to purchase will also be increased because of the change.

Representative Peter Welch (D-Vt.) remarked, “This is a great first step to help bring more affordable housing to Vermont. I will work in Congress to pass more legislation to invest in affordable housing programs and other critical infrastructure in the upcoming session.”

Housing advocates will continue to work with our Congressional Delegation for improvements to the Low Income-Housing Tax Credit program, including legislation that passed the House last summer but failed to clear the Senate. The bill would have increased funding for housing by $100 billion nationally.

VHFA is a non-profit agency created in 1974 by the Vermont Legislature to finance and promote affordable housing opportunities for low- and moderate-income Vermonters. Since its inception, the Agency has helped approximately 29,000 Vermont households with affordable mortgages and financed the development of approximately 8,800 affordable rental apartments.

VTDigger press releases are provided by submitting organizations and may include mention of VTDigger staff, family and trustees.

Promoting a business, organization, or event?

Use our self-service Press Release Portal to promote it on VTDigger and reach our entire web and email readership.

Thanks for reporting an error with the story, "Congress expands access to affordable housing"