Victor R. Swenson, the founding Director of the Vermont Humanities Council, passed away at home on July 25th surrounded by love and family. Always a man of wit, as well as peace and gentleness, Victor requested several months before his death that his obituary be "short, simple, and extravagantly praiseful."

Victor was born on January 27, 1936 in Hammond, Indiana. He was the son of Reuben Swenson, whose parents immigrated from Sweden, and Ellen Bassett Swenson, raised in Savannah. He grew up in Whiting, attended George Rogers Clark High School where he received excellent training in music and debate, and graduated from Oberlin College in 1958. His graduate degrees, focused on Ottoman History, were from Georgetown (M.A.) and the School of Advanced International Studies at Johns Hopkins (Ph.D.) Along this academic path he gained a fluency in Turkish that later served him well during two stays in that country.

Although he taught World History for several years at the University of Massachusetts, Oberlin College, and Johnson State College, Victor was restless as a professor. His leadership qualities and his respect for people of all ages made him the perfect person, with support from a few dedicated others (including David Littlefield of Middlebury College), to bring the Vermont Humanities Council into being. Victor opened shop in the village of Hyde Park, his desk a picnic table in an old house with tilted floors, on New Year's Day 1974. By the time he retired in 2002, the Humanities Council had 11 employees and supported 2,500 events a year in all of Vermont's counties. In that year, he received honorary degrees from both Middlebury and UVM.

Victor believed that books open the doors to the richness of human culture. To him, the Humanities—history, literature, music, art, religion and philosophy, thought—were a feast meant to be shared. Particularly dear to him were programs that reached out to those not yet seated at the table—young children, people in prisons, and adults who could not read. He was committed to achieving a fully literate Vermont by the year 2000 and worked with Mary Leahy of Central Vermont Adult Basic Education to bring this about. As his grandson Yovel wrote on a memorial stone in Waterman Brook, Victor was an Eternal Optimist.

Many of the VCH programs Victor created continue today. All over the state people still gather in community libraries for spirited discussions of books old and new. Between them, Victor and his wife Judy led about 20 of these discussions in Stowe. And each fall, Humanities buffs come together for a Fall conference, where they are recharged by camaraderie and by the insights of celebrated scholars, most recently David Blight, author of a new biography of Frederick Douglass. At this conference the annual Victor R. Swenson Humanities Educator Award is also presented; it recognizes a Vermont teacher in grades six through twelve who inspires and encourages students to develop a lifelong love of learning.

Victor was many wonderful things: deeply kind, joyous, sharply witty, and always there, open to the people around him. His persuasions were gentle. He loved reading to children, a daughter or grandchild nestled by his side. He loved the eccentric lightness of Edward Lear's poetry, and the judiciousness of the Greek historian Thucydides. He loved identifying birds by their calls, which he had learned from his maternal grandmother. He loved jumping into the bone-chilling waters of the waterfall swimming hole on Waterman Brook in Johnson. He loved Bach's B-minor Mass. He loved lousy puns and strumming folk songs on his Martin guitar. His daughters will never forget how, coming home after a long day of work, Victor would announce "winter is fun" and bring out the sleds, snowshoes or skiis to combat the freezing cold of Vermont winters.

We wish to thank his superb team of devoted caregivers, who made Victor's last months as pleasant as they could be, and who each came to say goodbye to him. We are grateful to the UVM Medical Center Home Hospice team, who provided reassurance and made it possible for him to die peacefully at home.

Donations in memory of Victor can be made to the Vermont Humanities Council, the Vermont Audubon Society, or the Vermont chapter of the Parkinson's Disease Association.

Victor is survived by his wife Judith Yarnall; two daughters, Zoe Swenson-Wright and Saskia Swenson Moss; four grandchildren, Sofia Swenson-Wright, Akiva Moss, Yovel Moss, and Heleni Moss; a brother, Edward Swenson, and sister, Linda Swenson. He was predeceased by his beloved older sister, Caroline Paton, who died on March 18, 2019. He is also loved and mourned by many other members of his extended family, including his former wife, Sarah Belchetz-Swenson; his step-daughters Julia True, Katherine True and Anna Couperthwait; and their children, Lara and Milo Kok; Ona, Flora and Tess Lepeska-True; and Charlotte and Harper Couperthwait. 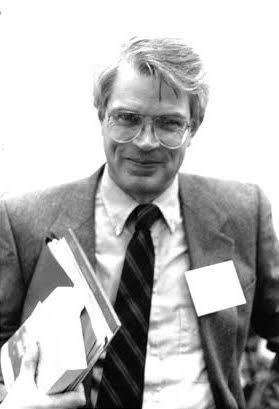 His memorial service will take place at the UVM Alumni House on Summit St. in Burlington, at 4:00 p.m. on Thursday, September 19th.