A 1982 graduate of Cabot High School, Ted enlisted in the U.S. Army, serving in Germany as a Morse code interceptor, from July 1982 to May 1986, and continued to serve his country in the Army Reserves. Ted began his post-high school education earning an associate degree at Vermont Technical College and then transferred to the University of Vermont to complete his degree in civil engineering while working for the Agency of Natural Resources. The rest of his engineering career was spent with the State of Vermont Agency of Transportation. While there, Ted earned the Public Service Award for his tireless contributions to the clean up after Tropical Storm Irene.

Serving the Town of Cabot as selectboard member from 1999 until the very end, Ted was past chair and road commissioner.

Ted married Jeannie on March 3, 1990, in Waterbury, VT.  Together, they enjoyed the fresh air and camaraderie of camping with family and friends, most recently spending summers along the Connecticut River at River Meadow Campground.

An officer and member of the Cabot Skylighters, Ted enjoyed snowmobiling with his family and friends and served as the Washington County Trail Master for VAST (Vermont Association of Snow Travelers), recognized as the 2010 County Trails Coordinator of the Year.

His love of sports and the outdoors led Ted to coach for the Central Valley Little League and participate in local men’s softball teams.

For two specific weeks in November every year, Ted would venture into the woods with fellow hunters to “catch” the big one. If unsuccessful, you could find this hunting crew around the cribbage board racking up the 15 2’s.

Ted liked traveling with his wife, friends and family, enjoying the Caribbean, Mexico, Dominican Republic, Hawaii, Virginia, Nevada and North Carolina.  He especially liked standing at mile marker zero of US Route 1 in Key West, FL, seeing Denali, rafting the river and thrilling at wildlife on his two trips to Alaska, and marveling at the Grand Canyon and Hoover Dam.

Funeral services are under the direction of des Groseilliers Funeral Home in Hardwick, VT.  Messages for the family may be left at https://www.holcomb-desgroseilliers.com/notices/Edward-Domey. 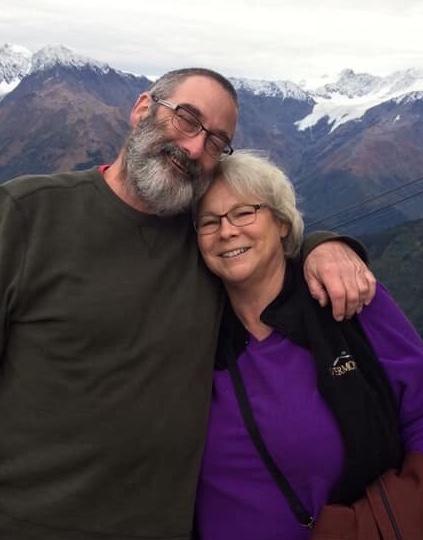 A Celebration of Ted’s Life will be held Saturday, November 23, 2019, at 1:00 p.m. at the United Church of Cabot, 2 Common Way, Cabot Vermont 05647. The celebration will continue immediately after the service with a reception at the Willey Building (Town Hall), 3084 Main Street, Cabot.