Susan Fay Smith, proud mother, beloved physician, mentor, Taekwondo black belt, and Tai Chi practitioner died peacefully of Alzheimer’s on January 4th, with her devoted partner Glo at her side. She was 76 years old. Born in San Francisco to Charlot and Donald Smith, she grew up in upstate New York and Minnesota.  As a teen and young adult,  she worked at Girl Scout camps in the northeast, and in 1961, she served as valedictorian of her graduating class in Clifton Springs, NY.

She was an undergraduate at the University of Michigan. Then, ever adventurous and political, she moved to Sweden in 1965 with $100 in her pocket, to avoid paying taxes to fund the Vietnam War. After three years as a lab tech in a Stockholm hospital, she returned to the U.S. to complete her undergraduate degree and attend medical school at the University of Michigan.  She arrived in Burlington as an OB/Gyn resident in 1976, where she would remain to raise her family and care for her patients.

Dr. Smith was a true pioneer.  It is easy to forget just how hostile medicine was to women in the early years of her career and Susan contributed greatly to the sea change that allowed women to thrive.  As a medical student, she called out her professors on their sexist comments, and as the first woman OB/GYN resident in what is now the University of Vermont Medical Center, she collected more than her share of war stories.  By the end of her training, however, she had earned the highly prestigious position of chief resident, and in doing so she left an enduring mark on a program greatly improved by her efforts. It was there that she began a lifetime of teaching and mentoring young doctors, modeling compassion, caring, competency, and respect for colleagues, whether they be nurses, medical students, or attending physicians.

From a professional point of view, though, most important was Susan’s love and respect for her patients. Ever humble, her first commitment was always to women’s health.  Whether at the Vermont  Women’s Health Center, Planned Parenthood, Vermont Women’s Choice and Vermont Gynecology or the UVM medical center, Susan empowered those she served.  When a patient would say, “you delivered my baby!” she would quickly reply, “No, you delivered your baby.  I was there to catch her.”  And when anti-choice activists tried to intimidate her, she wore a bullet-proof vest to work for years so she could continue to provide safe health care options for all women. Susan left her mark on the Burlington medical community, and as one of her colleagues commented, she “left big Birkenstocks to fill”.

Dr. Smith’s commitment to her patients endured as her life changed dramatically in 1990, with the birth of Emma, her first child. This was followed by two trips to India, one in 1991 to adopt Joya, and a second four years later when she brought Raina home. Willy, the youngest, was born in 1996, on the fourth of July.  By then, she was an active member of the Schoolhouse (a parent-teacher cooperative, independent elementary school) community and a regular fan at the usual assortment of soccer, softball, and baseball games.

Indeed, she loved being a mother and all that it entailed.  She particularly enjoyed teaching her kids stuff, be it knitting, driving, cooking, or woodworking. One memorable example was when they all made stilts, and then learned to walk on them. There were also many camping trips. No matter what the activity, Susan delighted in her children and she was a proud, proud mom.

Susan was a traveler.  Over the years she explored Bali; sampled the variety of Indian food available in London, as a prelude to her multiple trips to India; savored her annual family winter vacation in Mexico with the neighbors; took Spanish classes in Guatemala; and lived on a sailboat off the coast of Florida with Glo.

At the same time, she loved Vermont and Burlington, and never tired of discussing the view of the Adirondacks over the lake. Retirement brought the opportunity to enjoy its possibilities.  On a summer day, she and Glo might bike to Charlie’s and rent a canoe, or stroll through the woods, in search of birds. They sang together and did so with friends, and they shared a commitment to Buddhist meditation.  She rollerbladed, she enjoyed martial arts, and she adored her cats.

Susan is survived by her life partner, Gloria Daley; her children, Emma, Joya, Raina, and Willy; her honorary daughter Rebecca; her soon to be son-in-law Jamie; her sisters Kristi Altrogge and Robin Hope; and her dear friends and extended family far and wide. She was predeceased by her sister, Judy Smith-Gringras. She will be greatly missed by her chosen family: Carol, Polly, Gooch, and Beth. Special thanks to Carol Thayer, Deborah Kutzko, and Robin Hope for all their work in coordinating Susan’s care and to Susan Cartwright, Alan Robinson, Bayada Hospice, and the staff at Ethan Allen for their many kindnesses.

A celebration of Susan’s life will be held in late summer/fall of 2021.  If you would like to honor her, please consider a donation in her name to the Alzheimer’s Association of Vermont, the Food Shelf, HOWL, or Planned Parenthood.

Susan moved through the world with strength, grace, compassion and humility.  She was well loved and she will be sorely missed; may her memory make you smile. 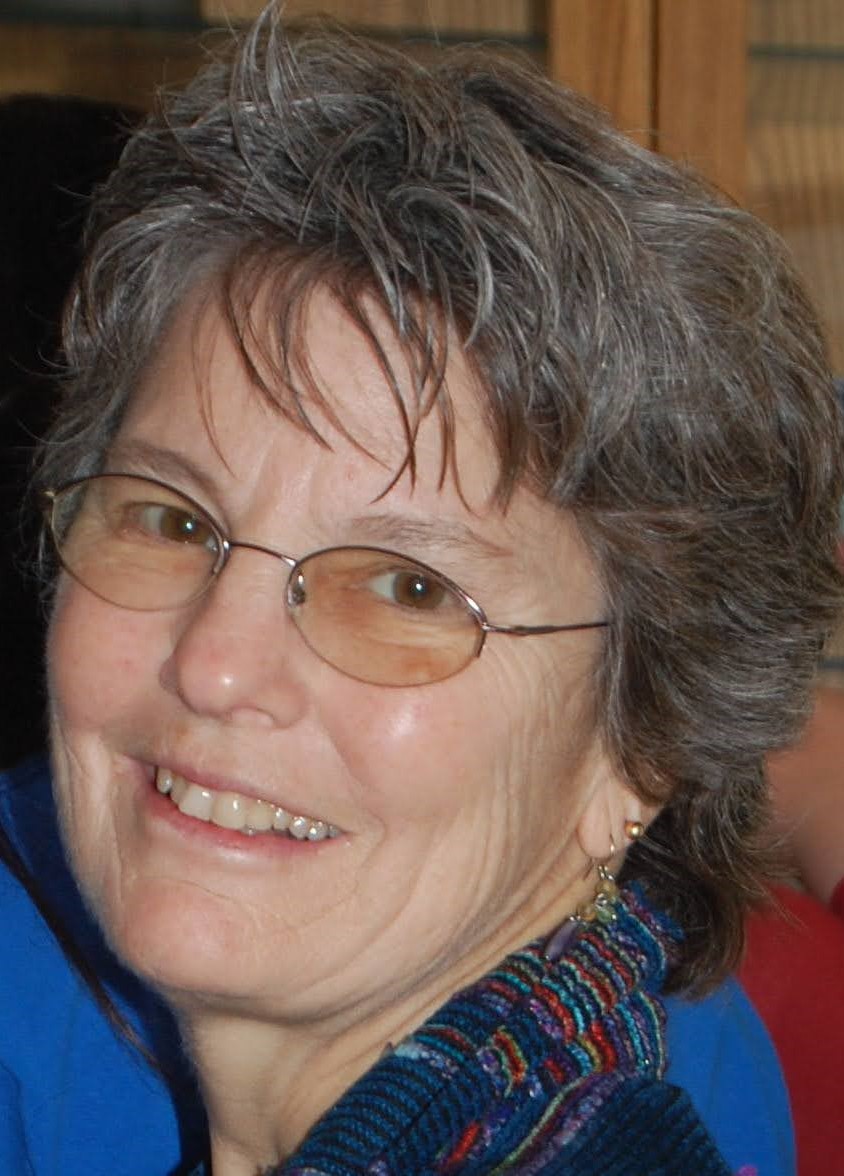